Running and stopping the engine of the car Renault Arkana

When running a new car, you must follow the following rules:

During the mileage of the first 1000 km, it is impossible to exceed the speed of 130 km / h at the highest transmission

Do not allow an increase in the rotation frequency of the crankshaft of the engine over 3000-3500 rpm. 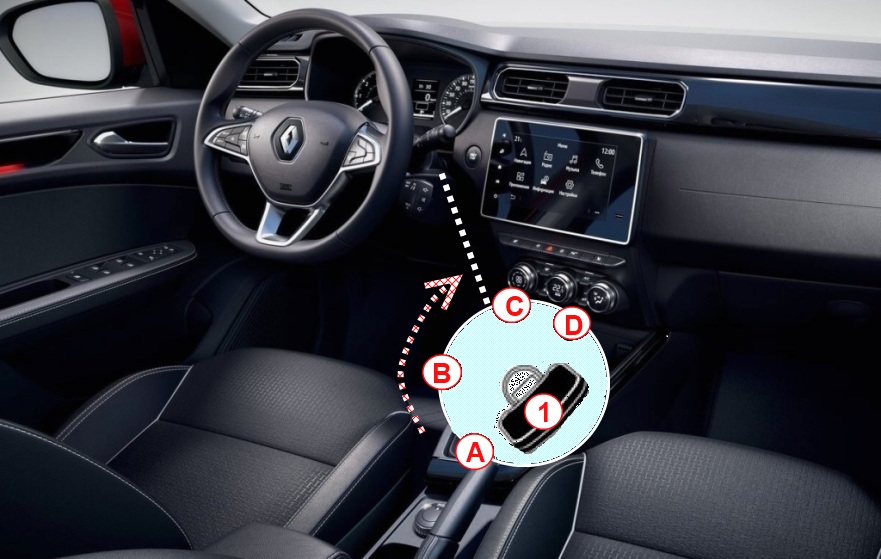 To lock the steering shaft, you need to remove the key from the ignition lock and rotate the steering wheel in one direction or another before locking the steering column lock

In this position, additional equipment (radio, etc.) continues to work

Ignition Included, the engine can be launched

If the engine has not started from the first attempt, the key must be installed in its original position before re-enabled starter.

Immediately after starting the engine, let go of the ignition key

Depending on the configuration of the car, when the transfer is enabled, to start the engine of the car with a manual gearbox, you must click on the clutch pedal or move the gearbox lever to the neutral position. On the on-board computer screen will appear "On. Neutral + Click Start »

To facilitate the start of the engine at very low outdoor temperatures (below -20ºC), you need to turn on the ignition for a few seconds before turning on the starter.

When starting the engine at low temperatures (below -10º C), you need to hold the clutch pedal pressed to start the engine

Running the engine with a gasoline engine

- Turn on the starter without clicking on the accelerator pedal

- Immediately after starting the engine, release the ignition key

It is impossible to start the engine of the car at idle while on the slope.Danger of power outage!

Before starting the engine, the lever must be set to "P"

- When the engine is idling at idle, you need to turn the ignition key to the "Stop" A position

Feature - Depending on the configuration of the car, additional equipment (radio, etc.) turns off when the engine is turned off, when operating the door of the driver or locking the doors

Running and stopping the engine: a car with a key card 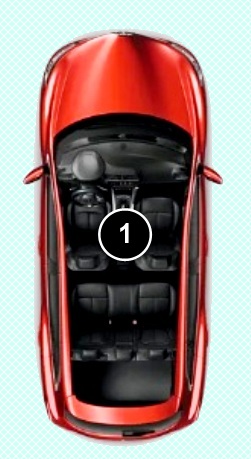 The key card must be in the range of 1

- Cars with automatic transmission: Install the gearbox lever to the position "P", press the brake pedal and press the 2 button;

- when non-compliance with any condition starting the engine on the instrument panel, a message "Press Brake + Press Start" or "Squeeze + press Start", or "selector in P + Press START";

In this situation, the key card should not be in the luggage department 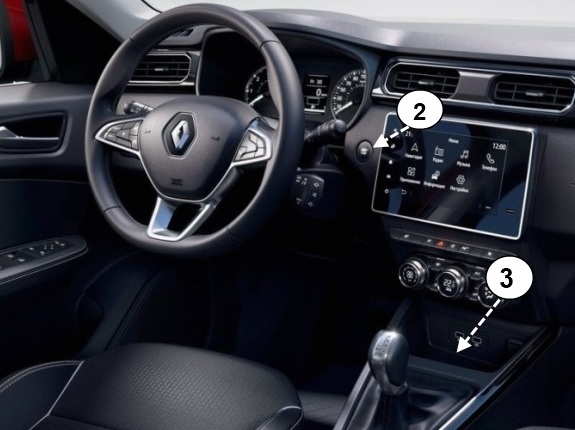 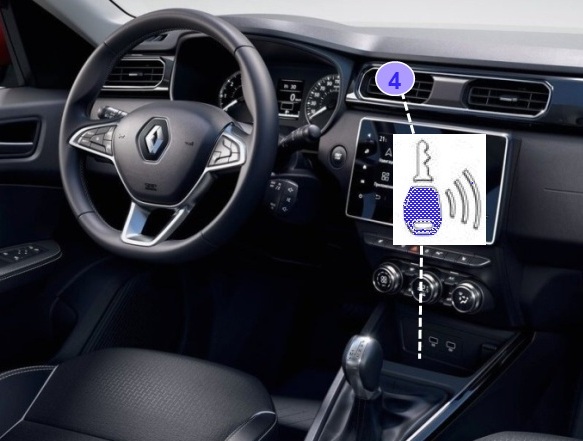 After opening a car, you can use some of its systems (radio, navigation system, wipers, etc.)

To use other functions: When you find a key card in the cabin, click 2, without clicking on the pedals

In some cases, the key card with the "Free Hands" feature may not work:

- the proximity of the electronic device operating at the same frequency (mobile phone, seeing, etc.);

- The car is in the zone of strong electromagnetic interference.

The message "Lay the map to the character + start" appears on the shield.

Press the brake pedal or clutch, then put the key card 3 on the symbol 4. Press the 2 button to start the engine. The message will disappear.

The car must be fixed, the gearbox lever must be in the position "P" for cars with ACP

When you find a key card in the cabin, press the 2 button: the engine will stop. The steering column is blocked when the driver"s door is opened or when the car is blocked.

If when trying to turn off the engine of the key-card in the car there is no, the message "No key card appears on the instrument panel. Press and hold ": Hold the 2 button pressed more than two seconds. If the key cards in the cabin are not, before pressing and hold the button, make sure that you can regain it again after blocking the car. Without a key card you will not be able to start the engine again 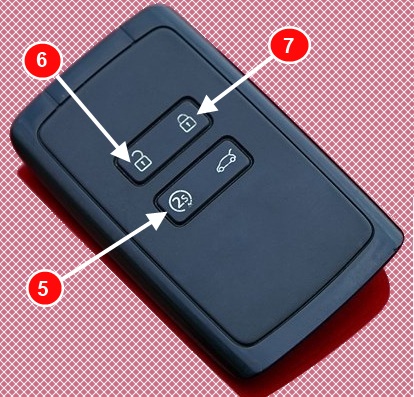 If this system is included in the car"s package, it is necessary to press it and release the unlock button 6, and then twice in a row the remote start button 5, each time holding it down for about three seconds.

The time between the presses should be no more than five seconds. The inclusion and constant burning of emergency alarm lights for three seconds will confirm the initialization of the system

Note: After initializing the function deactivate it will be subsequently impossible

We recommend contacting the official dealer of the manufacturer

To remotely start the engine, press the lock button 7, and then no later than two seconds - the remote start button 5, holding it down for about three seconds. Alarm lights will continuously burn for approximately three seconds. After that, the engine will be launched

The engine will work for ten minutes. The engine operation time can be extended for ten minutes, by pressing the remote start button 5. Enable alarm lights and their continuous burning for three seconds will confirm the extension of the engine

In addition, you can program the start time of the engine to warm or ventilation of the cabin during the period up to 24 hours before using the car. 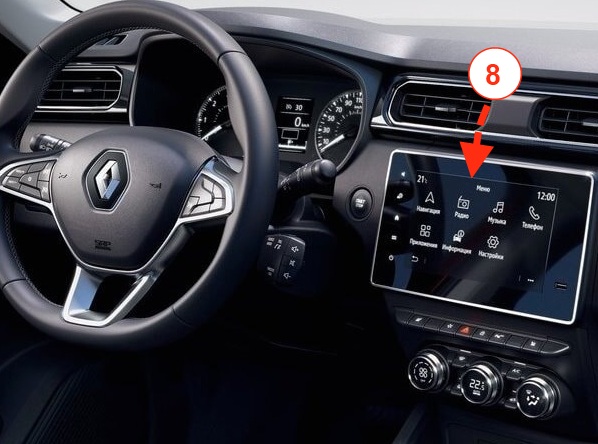 The following environmental factors are influenced on the efficiency of the remote start of the engine:

- the presence of obstacles, buildings, walls, other cars I.T.D.;

Remote engine power on works if:

- The lever is in a neutral position for cars with a manual or robotic gearbox;

- The lever is in the "P" position for cars with an automatic transmission;

- ignition is turned off;

- the hood is closed;

- All opening elements of the body (doors and luggage compartment) were closed and locked when you left the car;

If one of the above conditions is not respected, the fire alarm lights will flash for approximately three seconds.