Before replacing oil seals, you must make sure that oil leakage is not caused by increased pressure in the engine crankcase, due to a clogged recirculation system.

The front crankshaft oil seal is easy to remove and install using the # 4919660 puller. 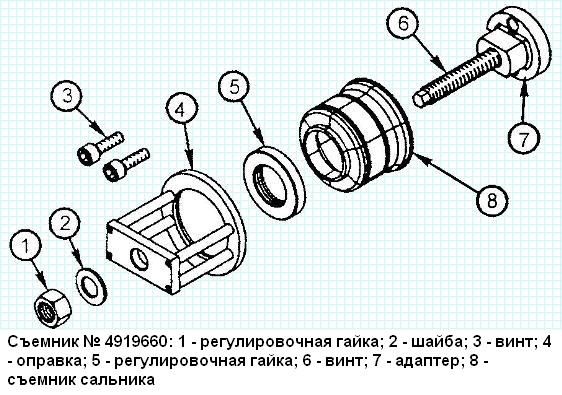 This does not require removing the front engine cover.

We are preparing an oil seal for installing a puller. 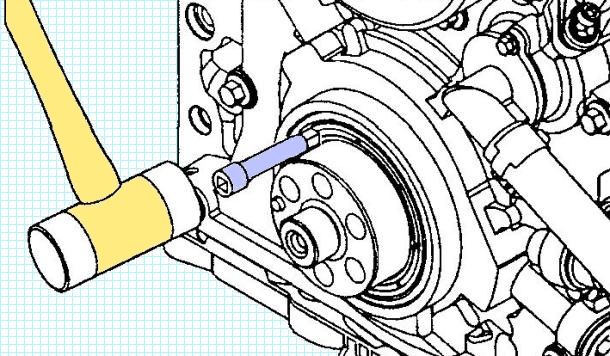 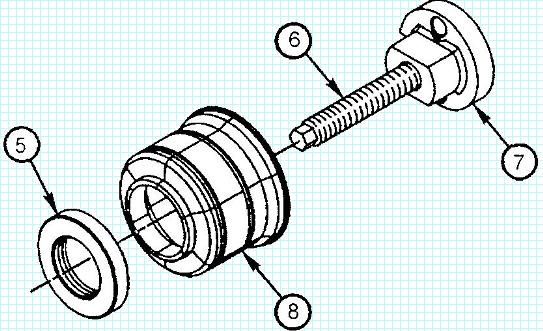 We take the extension cord from the tool kit and carefully insert the gland so that a gap of 1 - 2 mm is formed between the bodies.

We collect the puller. 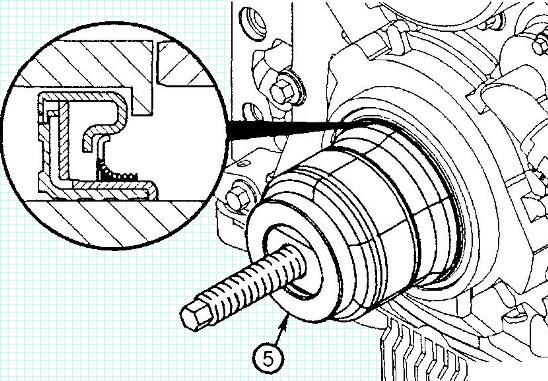 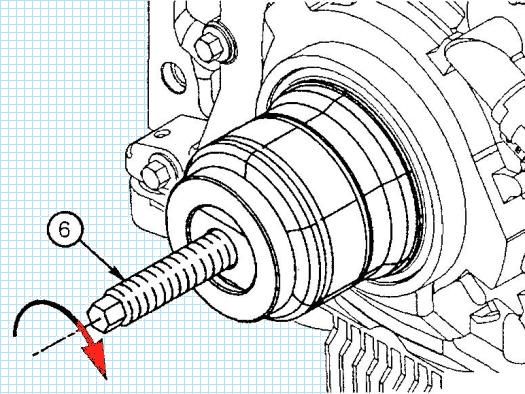 We install the puller into the gap formed earlier between the inner and outer cases.

Remove the oil seal by turning the screw clockwise (while the tightening torque of 45 Nm must not be exceeded). 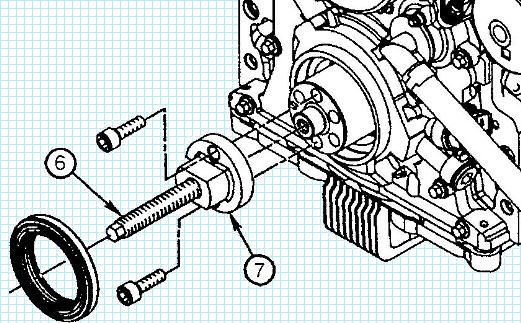 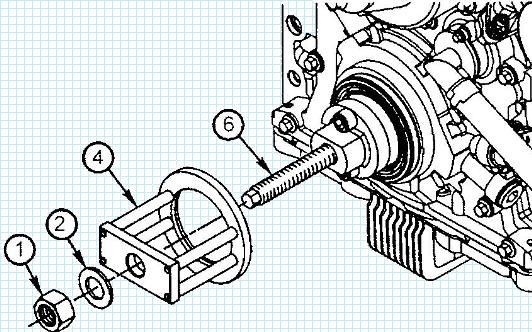 Install the adapter 7 on the end of the crankshaft

We install a new crankshaft oil seal on the toe of the crankshaft and push it into the cover as far as possible.

Place the mandrel (4) on the screw (6) and slide it forward until it stops. 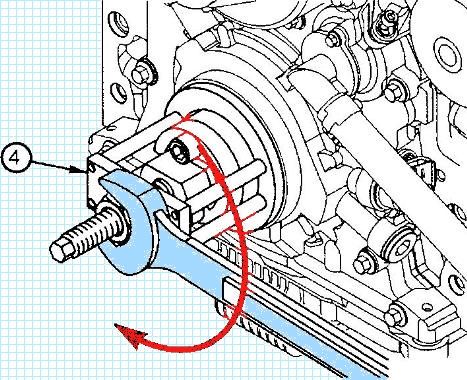 Holding the mandrel (4), tighten the nut clockwise until the gland is installed in the cover.

We remove the device.

Of course, there is an easier way, which we considered for the Cummins ISF2.8 engine (article - Replacement of oil seals of the crankshaft Cummins ISF2.8 Gazelle Next).