Replacement of oil seals of the crankshaft Cummins ISF2.8 Gazelle Next

Oil seals are replaced in case of grease leaks

It should be borne in mind that if the gas recirculation system is clogged, then oil leakage from under the oil seals may occur due to increased gas pressure in the engine crankcase

We prepare the car for the job.

We install the car on a viewing ditch or lift.

We drain the liquid from the engine cooling system. 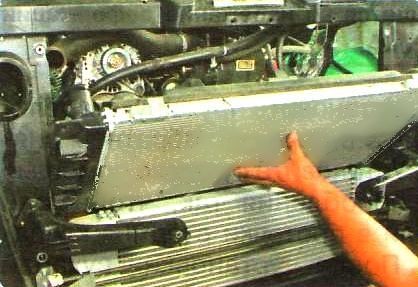 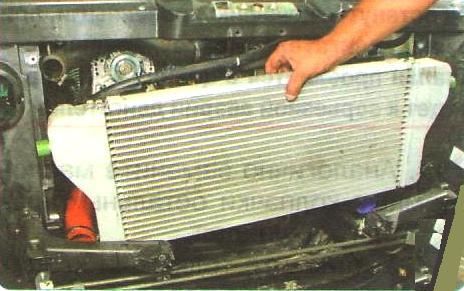 We remove the radiator of the cooling system

We turn off the support from the axis and remove the clutch with the fan. 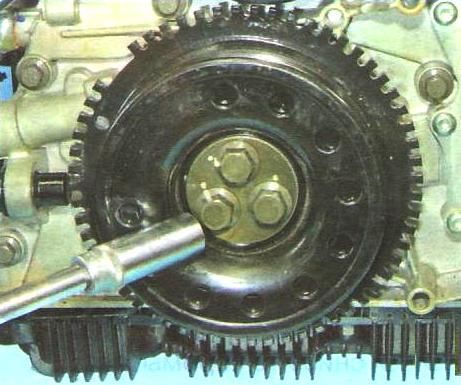 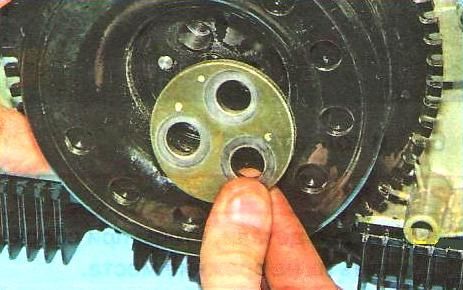 We unscrew the three bolts securing the crankshaft pulley 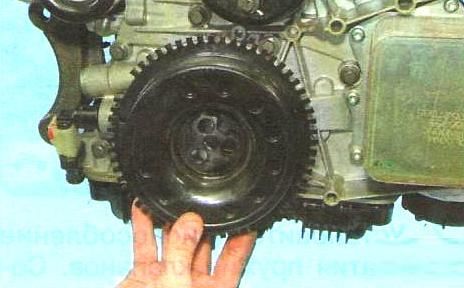 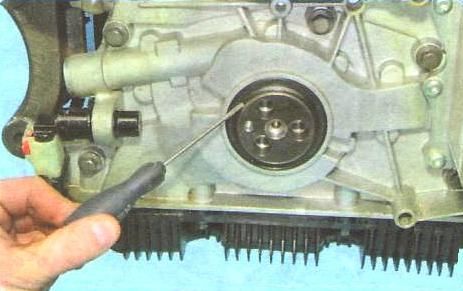 Prying with a screwdriver, remove the oil seal from the oil pump housing

If you can't remove the oil seal with a screwdriver, then read on. 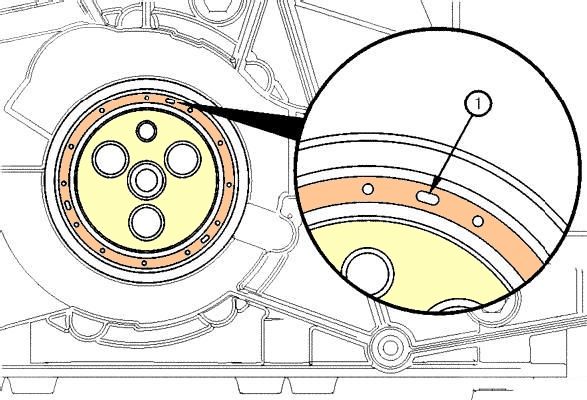 The front crankshaft oil seal of the ISF2.8 engine has drilled grooves in the housing (1) covered with rubber pads.

These grooves are designed to facilitate packing removal and eliminate the need to drill out the packing.

We clean the surface of the front crankshaft oil seal. 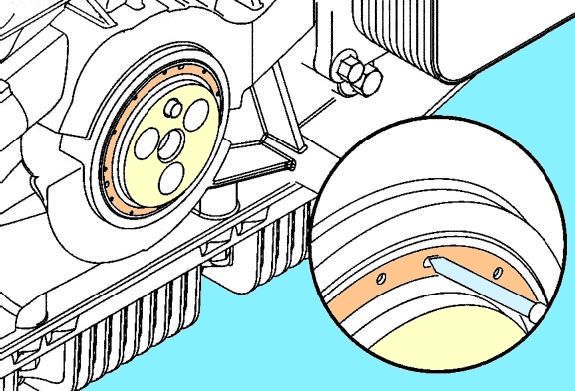 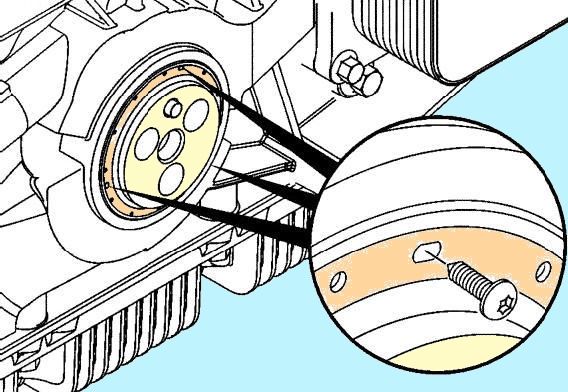 For a more accurate determination of the position of the drilled grooves, we pierce the recesses with a suitable awl.

We insert self-tapping screws 3.5x20 mm into the grooves drilled in the stuffing box housing. 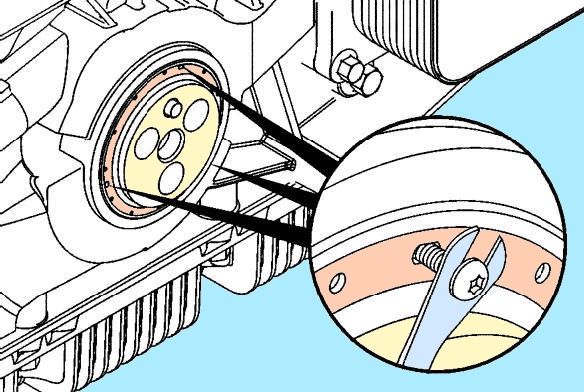 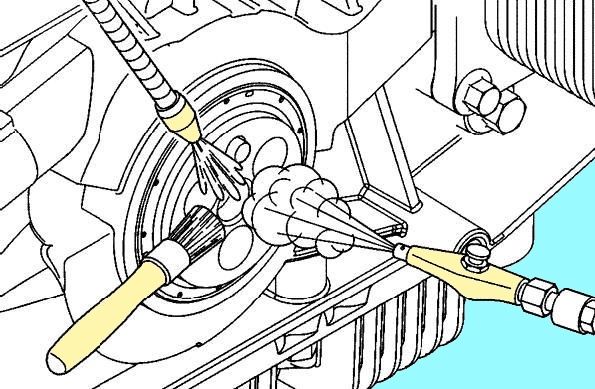 Using a pry bar with a bifurcated end, remove the oil seal, as shown in Figure 10

We remove oil and sealant residues from the surface of the crankshaft with a solvent and dry with compressed air.

We check the hole in the cover of the front timing gears for nicks or burrs.

We remove minor damage with an abrasive bar and blow it with compressed air.

Checking the toe of the crankshaft for excessive wear. For minor damage, use fine-grained emery paper.

The front crankshaft oil seal is supplied with a centrally inserted plastic guide.

It should not be removed before installation, but used to locate the oil seal on the toe of the crankshaft. 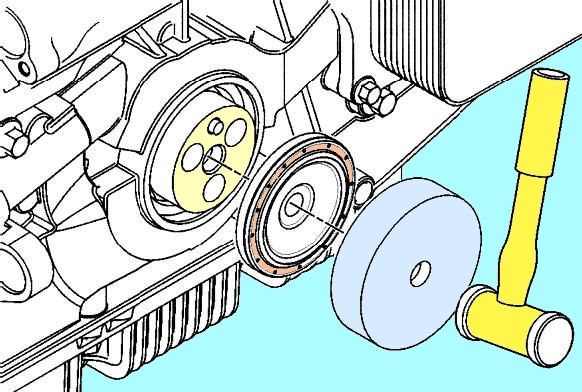 Using mandrel No. 4919374, install the oil seal into the front timing gear housing.

A mandrel surrounds the oil seal and sets it to a depth when it is flush with the end of the front timing gear housing.

Tap the mandrel with a plastic-headed hammer at points 90˚ apart. 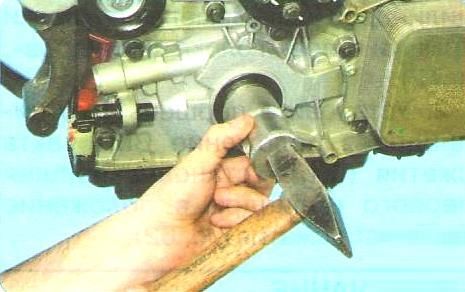 If the original mandrel is not available, the old oil seal can be used as the mandrel. 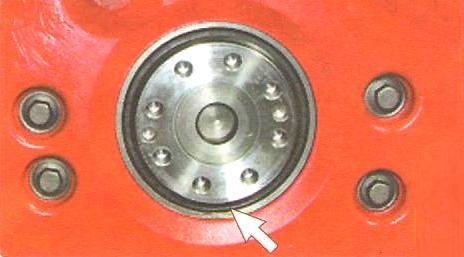 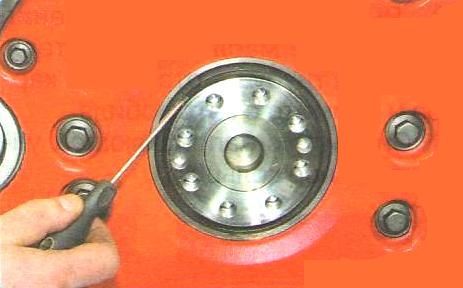 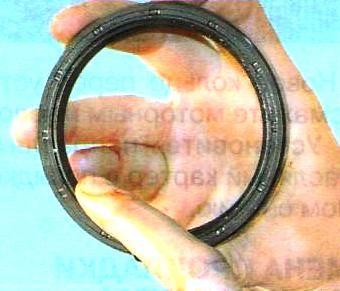 Lubricate the working edge of the oil seal with engine oil

We install the oil seal in the flywheel housing socket, orienting the working edge towards the inside of the engine. 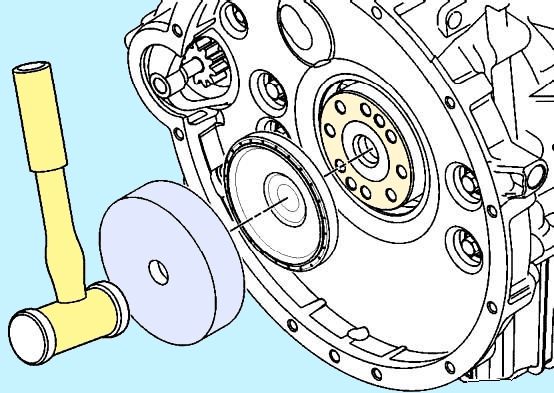 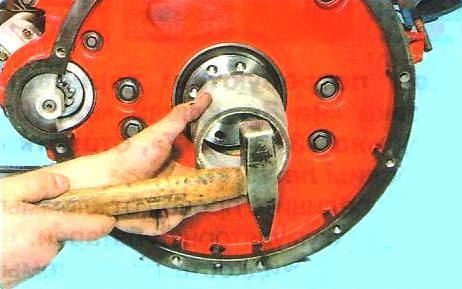 Using a mandrel, catalog no. 4919375, hammer the oil seal with a plastic-headed hammer.

If there is no mandrel:

Carefully fill the working edge of the oil seal onto the crankshaft journal and press it flush with the surface of the flywheel housing using a mandrel of a suitable size.

The original gland comes with a special plastic mandrel fitted to it, which does not need to be removed before the gland is installed.

The plastic mandrel ensures that the packing is seated correctly at the required size.