How to remove and install a Mazda 6 gearbox

We remove the gearbox for replacement, as well as for repair

Malfunctions in which you need to remove the manual transmission:

- oil leakage through seals and gaskets

In addition, we remove the manual gearbox to replace the clutch, flywheel and rear oil seal of the engine crankshaft

In this article, we will consider the removal and installation of an automatic transmission, as the most time-consuming process 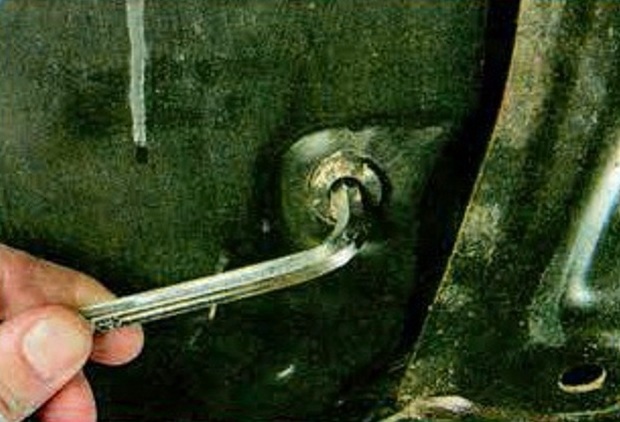 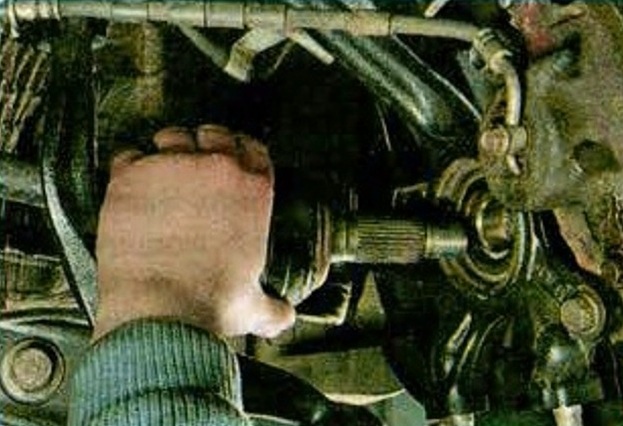 Drain the oil from the gearbox, as described in the previous article 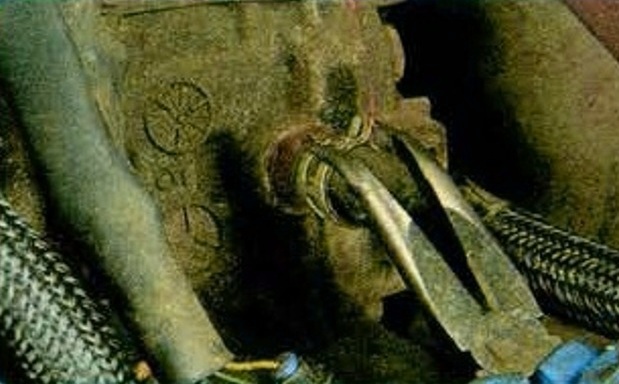 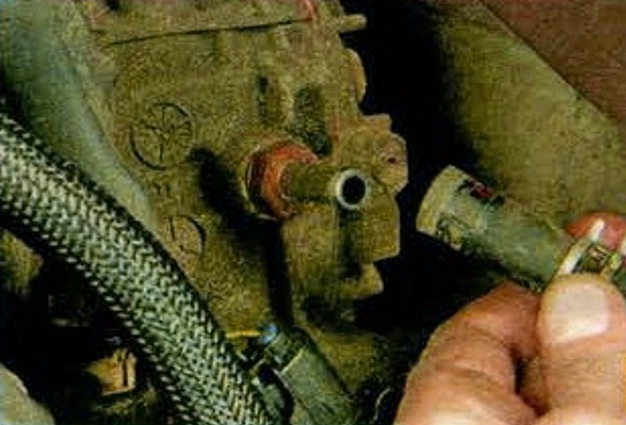 We loosen the fastening of the hose of the automatic transmission fluid cooling system, and remove the supply hose from the gearbox fitting 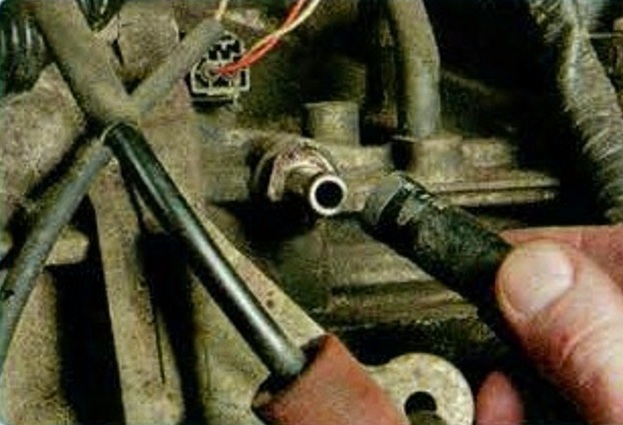 We also remove the outlet hose 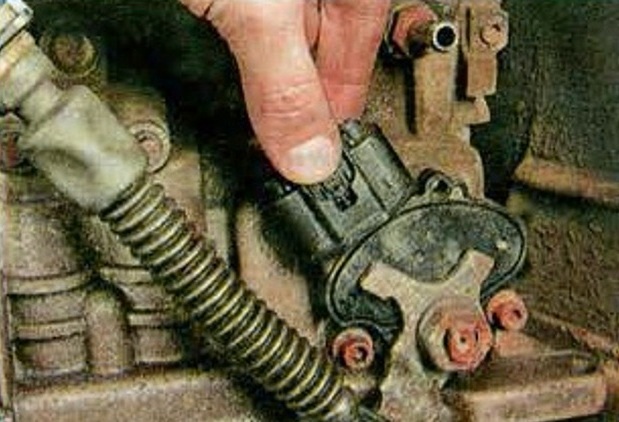 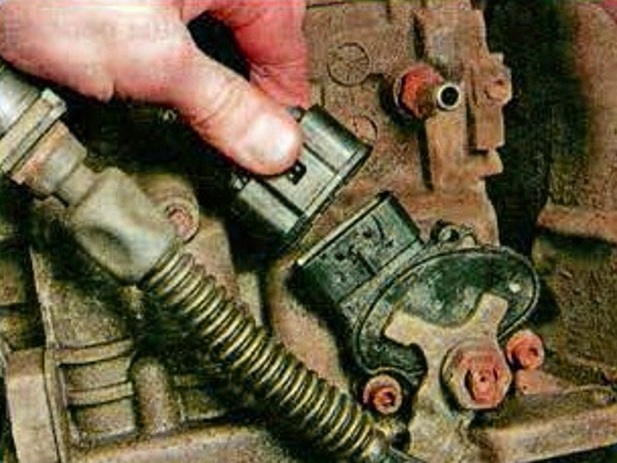 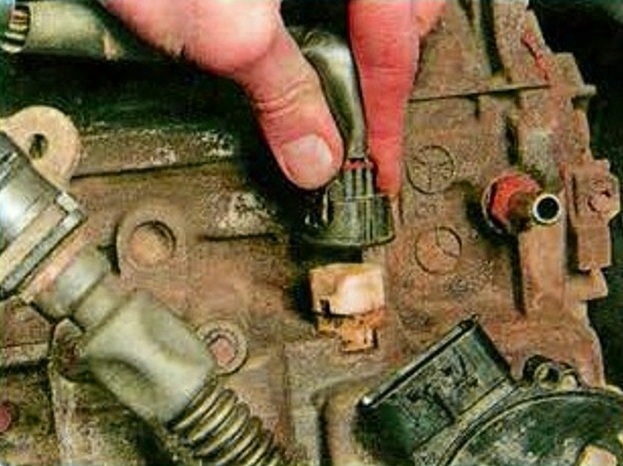 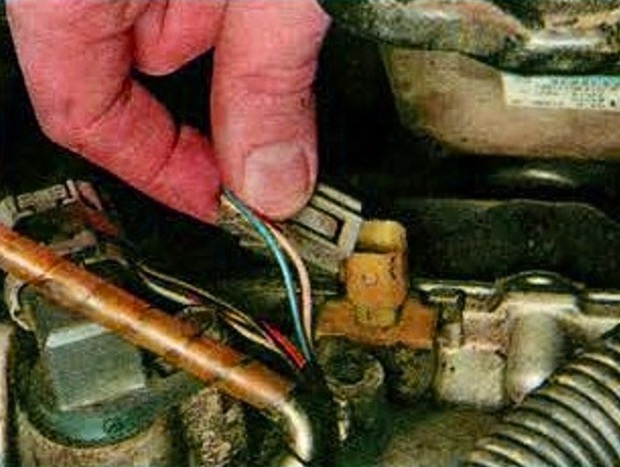 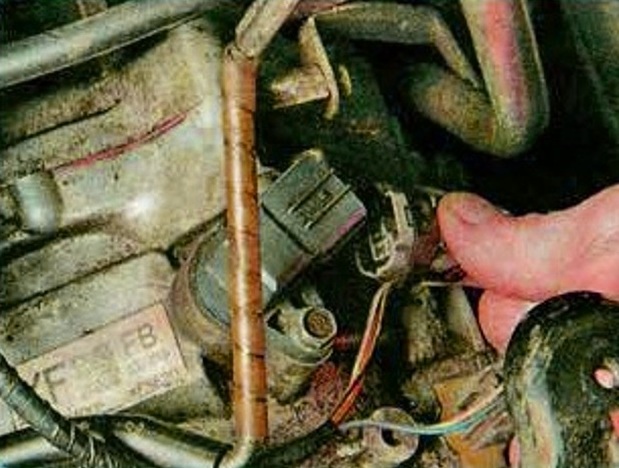 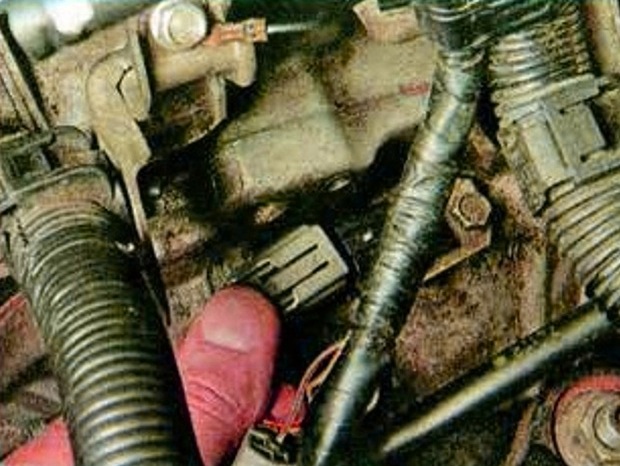 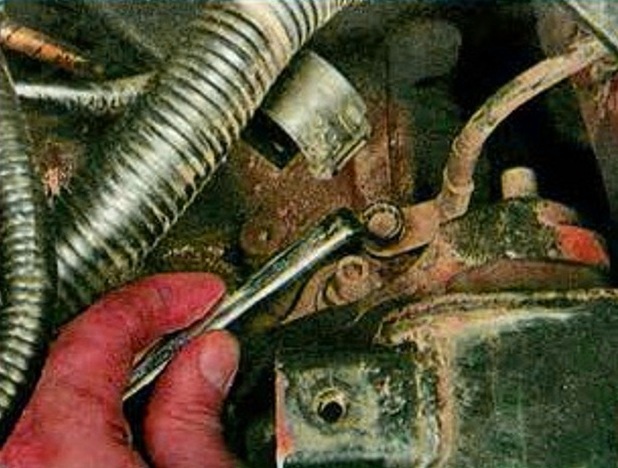 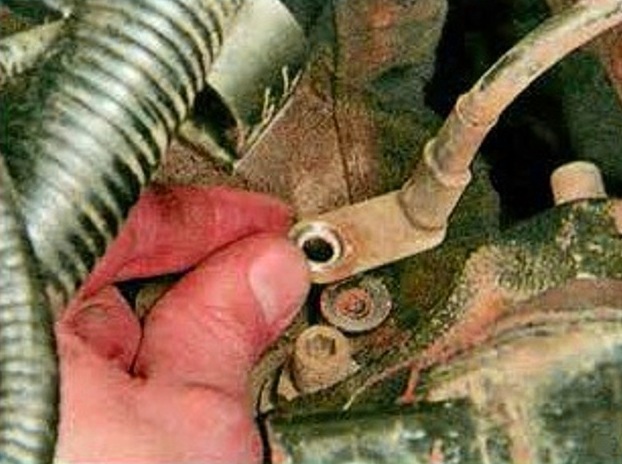 We unscrew the bolt of the ground wire, and disconnect the wire from the gearbox 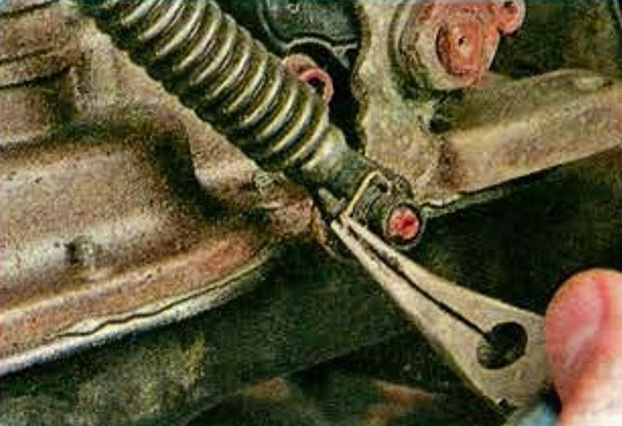 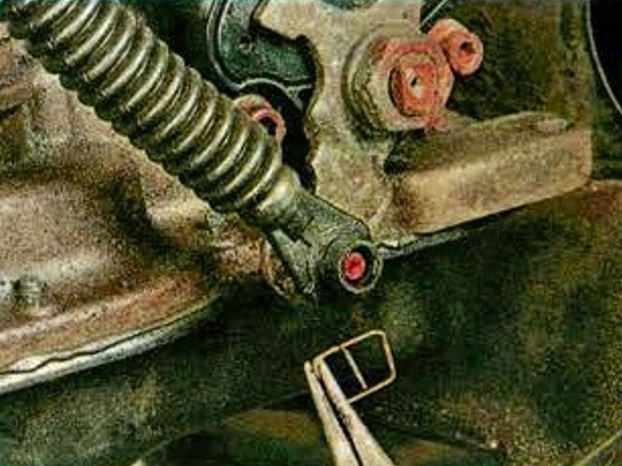 Pry off the spring retainer and remove it 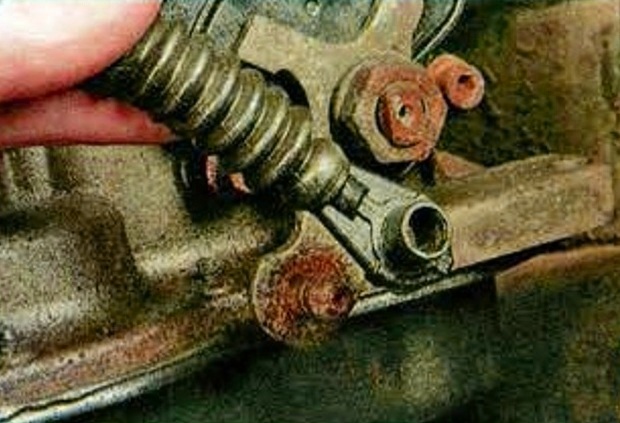 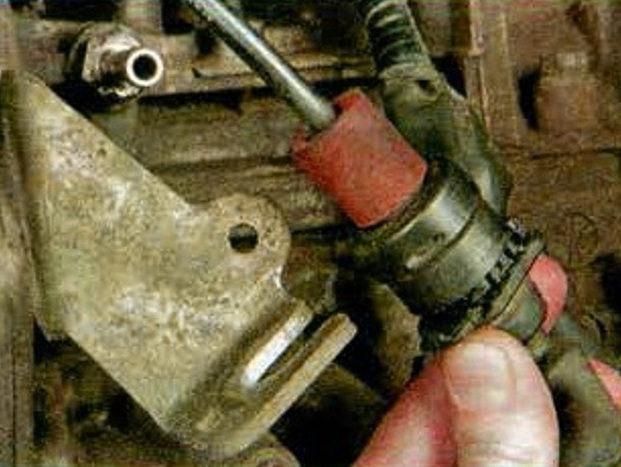 Remove the drive cable braid holder from the side bracket 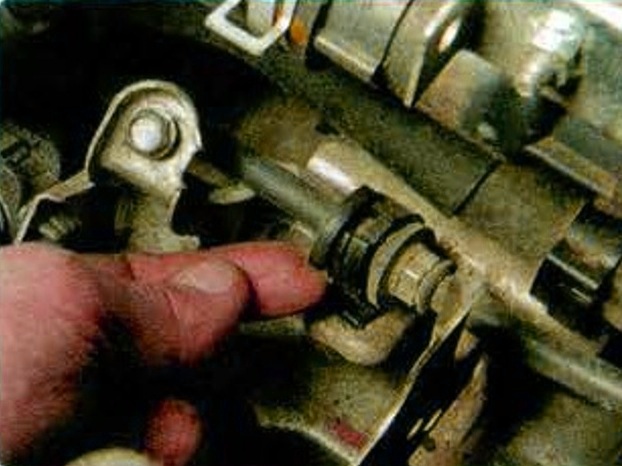 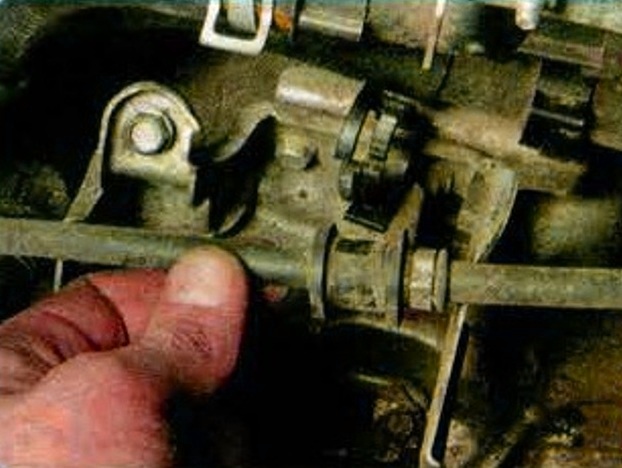 We pry off the latch, disconnect the clamp and remove the drive cable from the upper mount 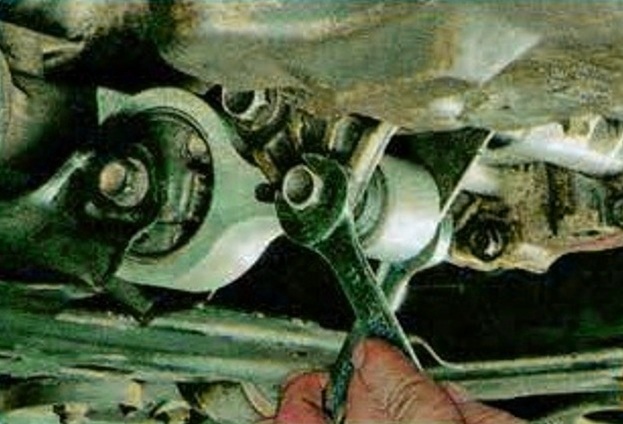 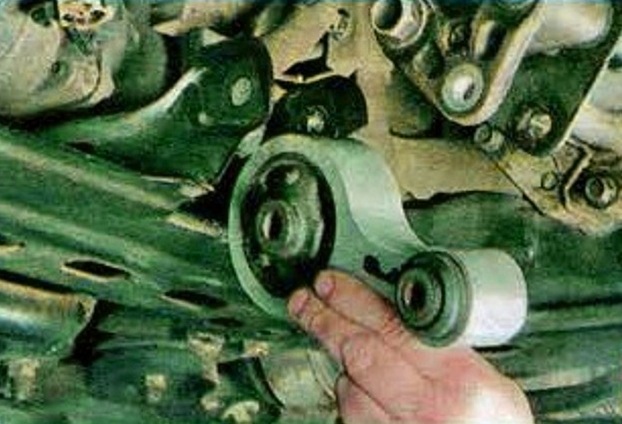 Holding the bolt from turning with the second wrench, unscrew the nut and remove the bolt of the front fastening of the rear engine mount 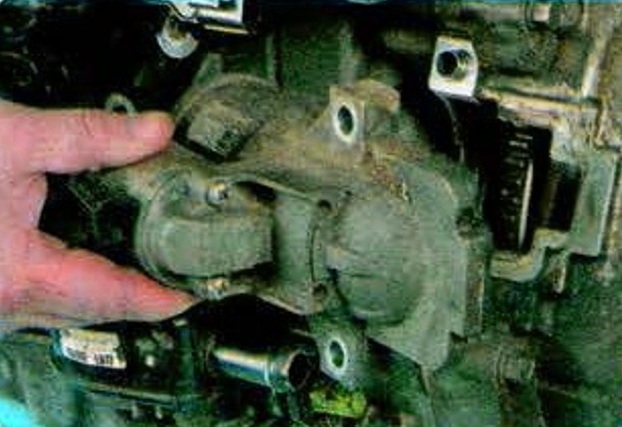 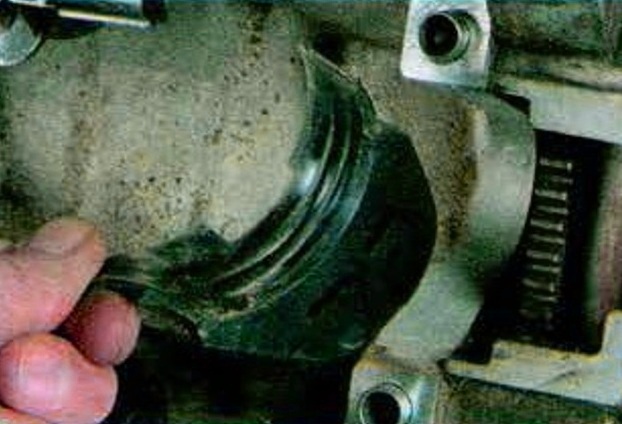 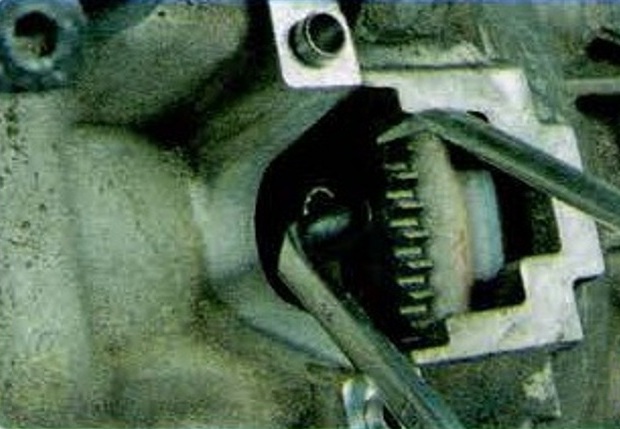 Turning the flywheel by the splines, unscrew the six nuts securing the torque converter of the automatic transmission

We install reliable stops under the engine and gearbox 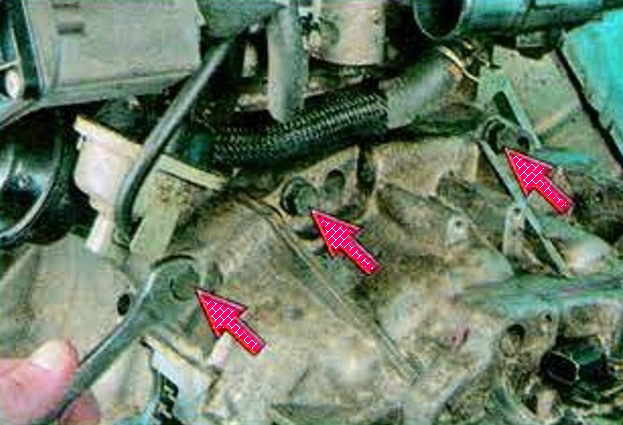 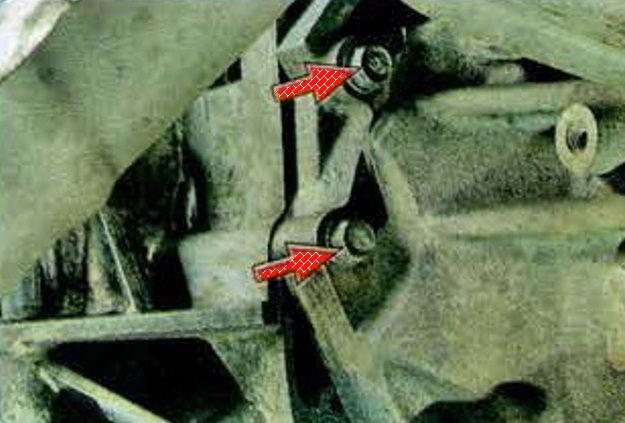 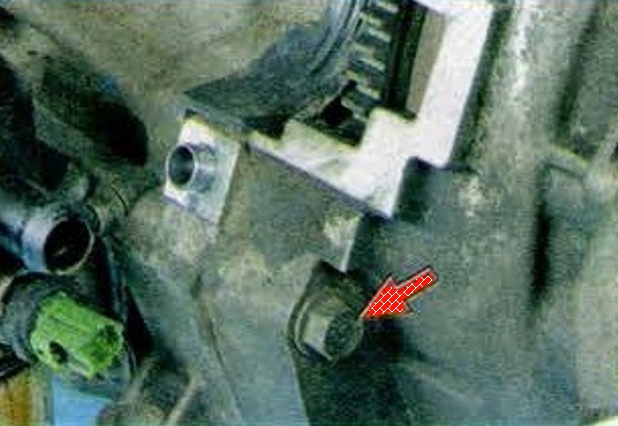 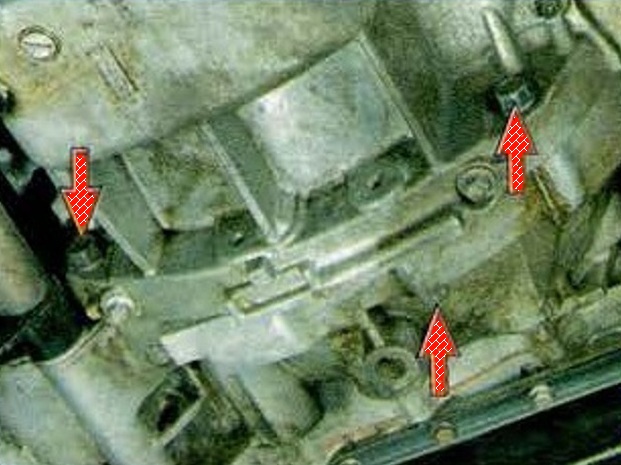 We unscrew one front bolt and three lower mounting bolts

Move the gearbox back and carefully remove it from the car

When removing a manual transmission, do not rest the end of the input shaft on the petals of the diaphragm spring, so as not to deform them

We install the gearbox, as well as all the removed parts and assemblies in the reverse order

Before installing a manual transmission, it is recommended to lubricate the splines of the input shaft with a thin layer of refractory grease

Pour the working fluid into the gearbox