- drawdown or breakage of the strut spring;

- dips and breakdowns when driving over bumps due to the destruction of the shock absorber and compression stroke buffer.

A more accurate check of the condition of the shock absorber can only be determined after removing and disassembling it.

Putting the car on a lift. 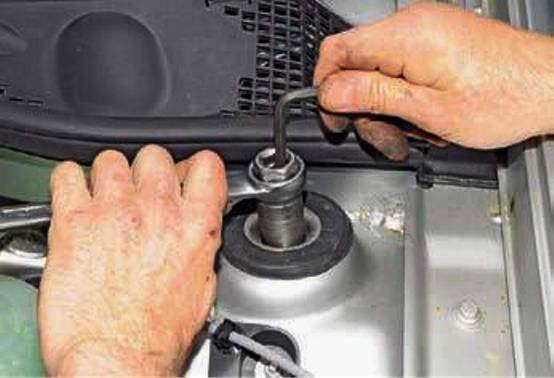 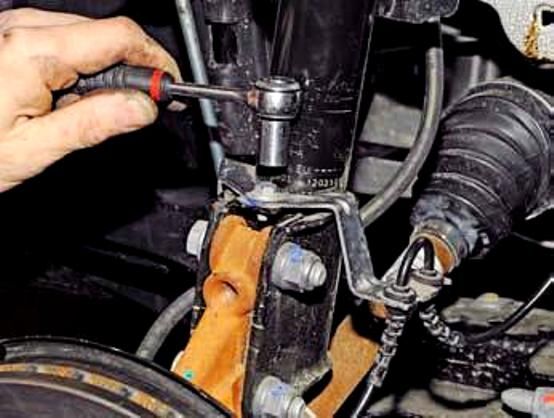 Remove the wheel and securely fix the car on the stand.

If the car is equipped with an ABS 10 spanner wrench, unscrew the bolt securing the wheel speed sensor wire harness holder. 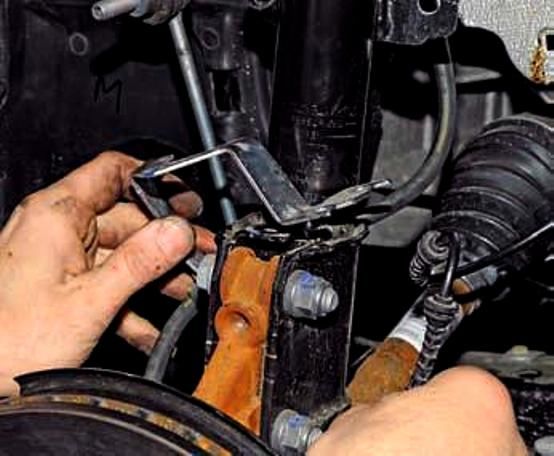 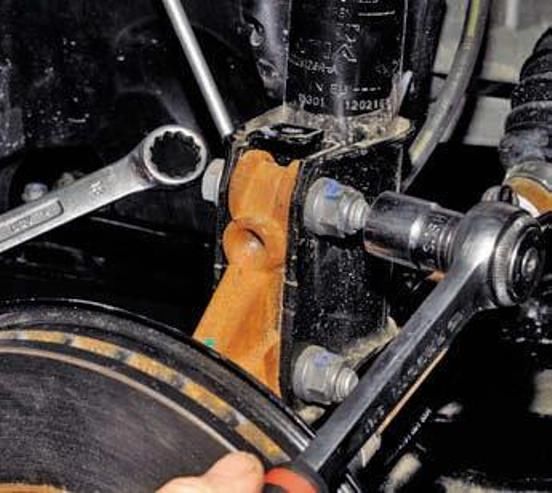 Remove the holder with the wiring harness from the rack.

With a head of 18, we unscrew the nut of the bolt of the upper mount of the rack to the steering knuckle, holding the bolt with a wrench of the same size.

We also unscrew the nut of the lower rack mounting bolt. 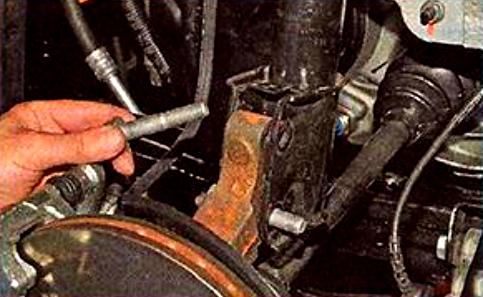 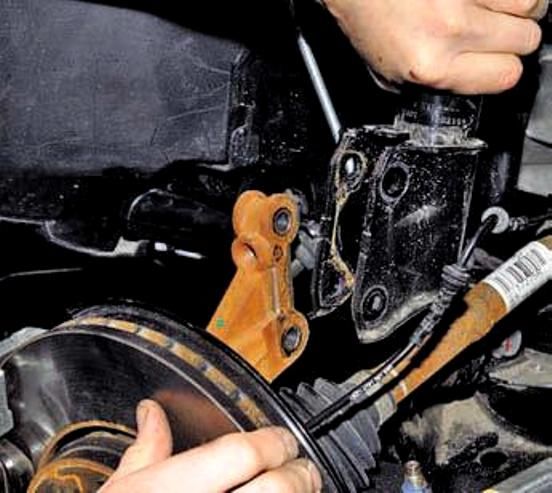 We take out the bolts or knock them out with a soft metal drift.

We remove the steering knuckle from the eye of the rack bracket.

Retaining the rack from falling, finally unscrew the nut of its upper fastening. 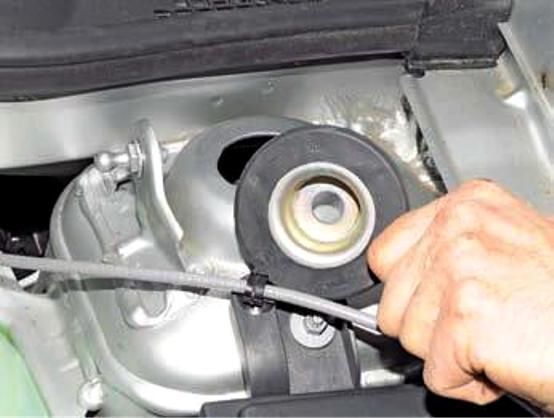 To disassemble the rack, we install two spring ties diametrically opposite to each other, so that they engage four turns of the spring. 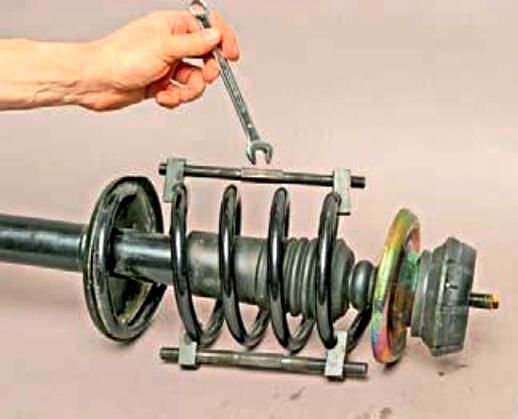 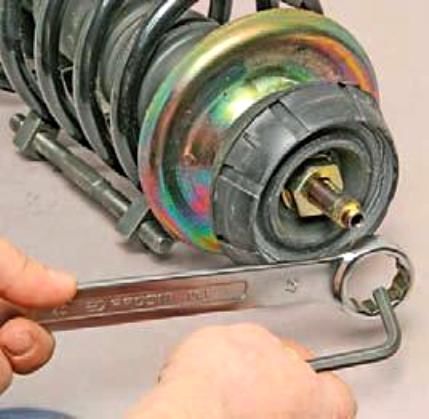 We compress the spring by rotating the screws of the couplers evenly.

After the spring stops pressing on the support cups, use a 27 spanner to unscrew the nut securing the upper support, holding the stem from turning with a hexagon by 6. 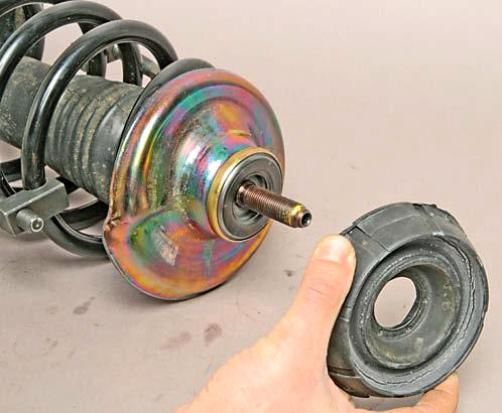 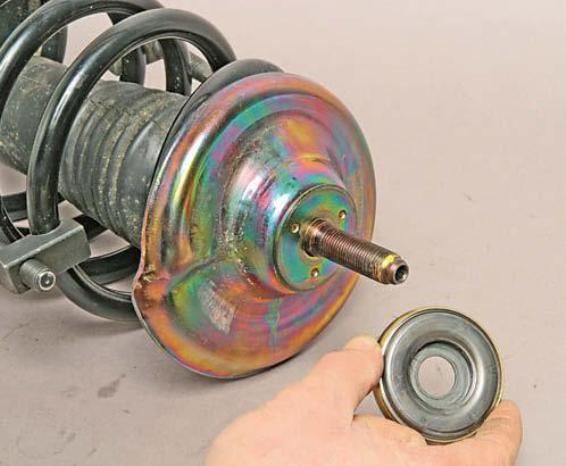 Removing the bearing of the upper support 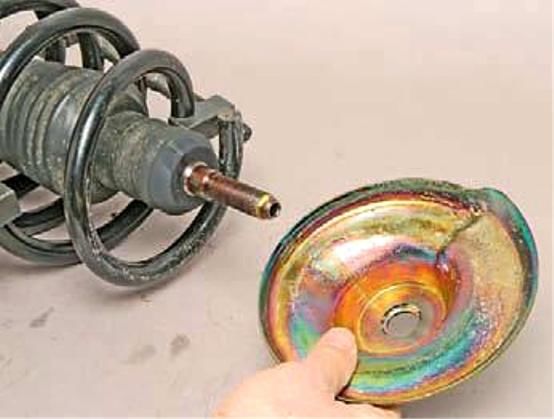 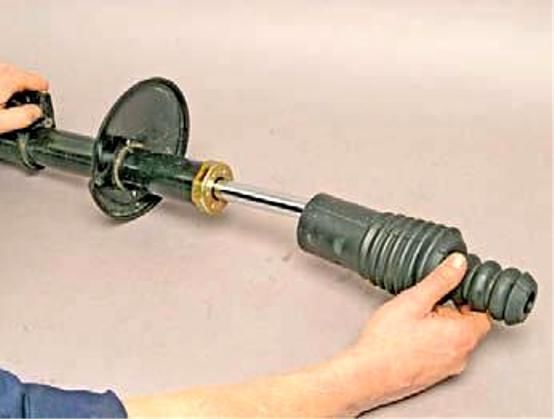 We assemble and install the rack in reverse order. 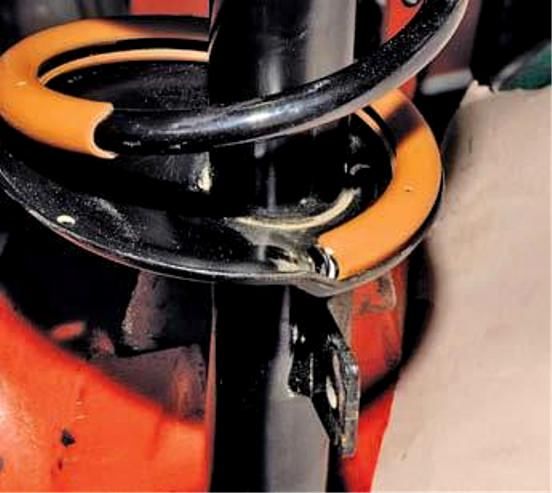 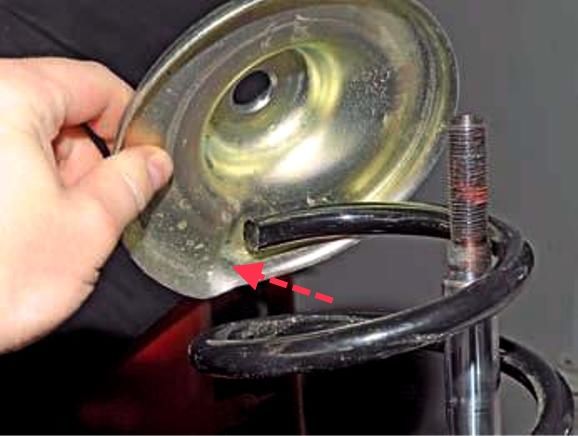 We set the spring so that its lower coil rests against the protrusion of the lower cup of the spring,

...and the upper coil rested against the stamping of the upper cup of the spring.

Tighten the nut of the upper support of the rack with a torque of 62 Nm.

We tighten the nuts of the bolts of the rack to the steering knuckle with a torque of 105 Nm.

The nut of the upper suspension strut to the body is tightened with a torque of 44 Nm. This nut must be tightened when the car is on wheels.