How to remove the Hyundai Solaris engine radiator 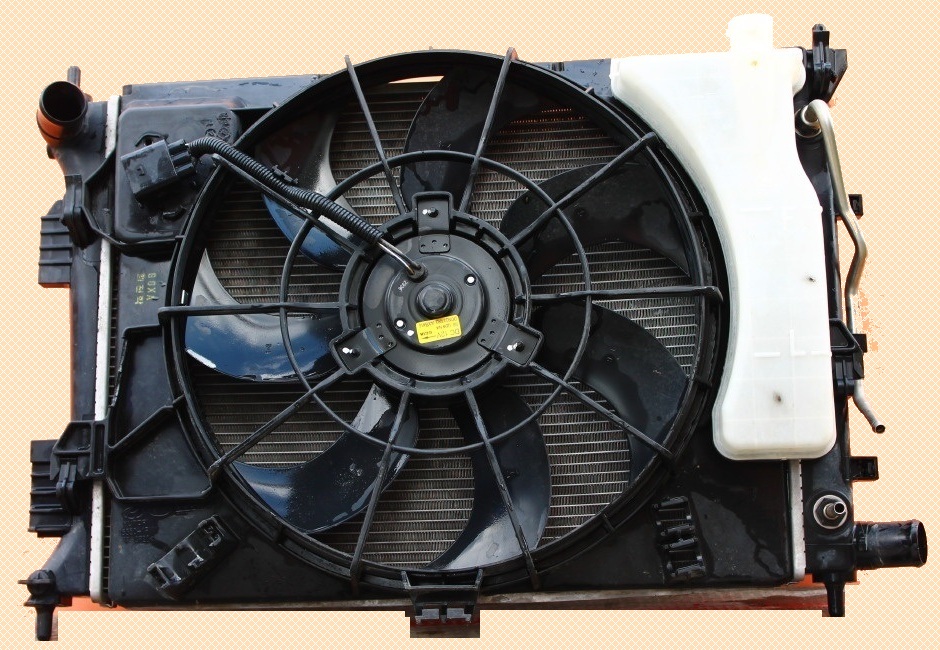 A car radiator with a horizontal fluid flow, with a tubular-ribbon aluminum core and plastic tanks. There is a drain tap at the bottom of the left radiator tank.

We prepare the car for the job, install it on a lift or an observation ditch 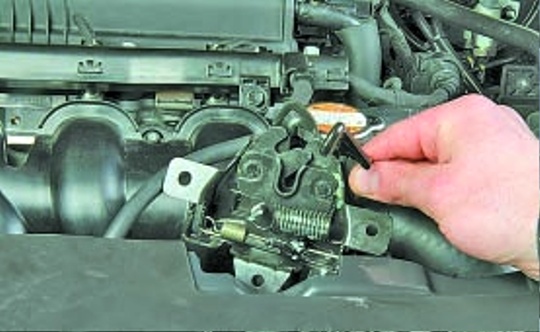 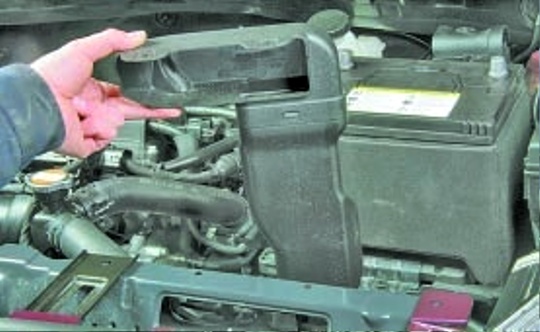 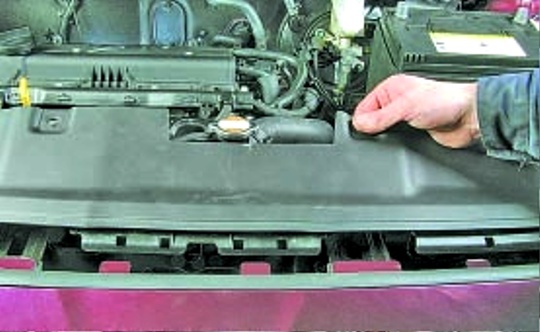 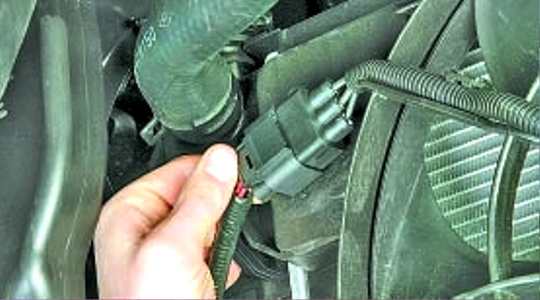 Remove the upper panel of the radiator frame

Click on the lock of the wiring harness pads 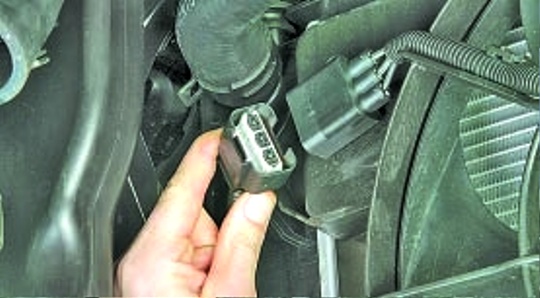 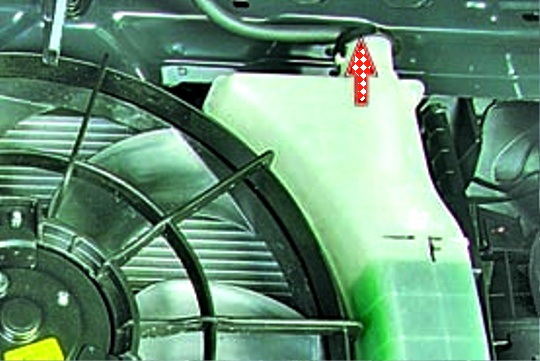 Disconnect the pad from the additional resistance of the fan 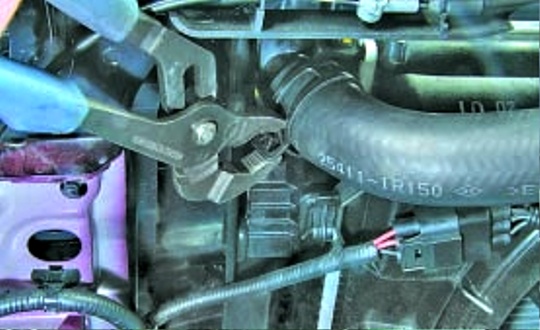 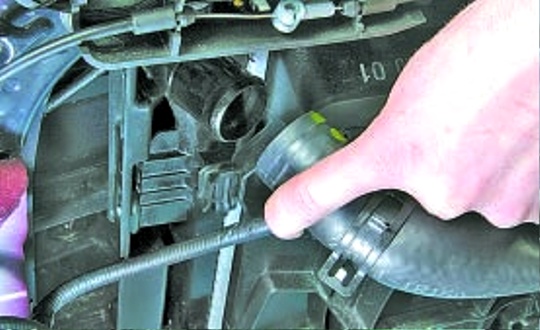 And disconnect the hose from the upper radiator pipe

Also disconnect the hose from the lower radiator pipe 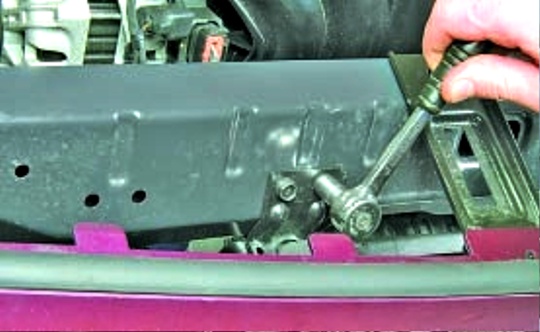 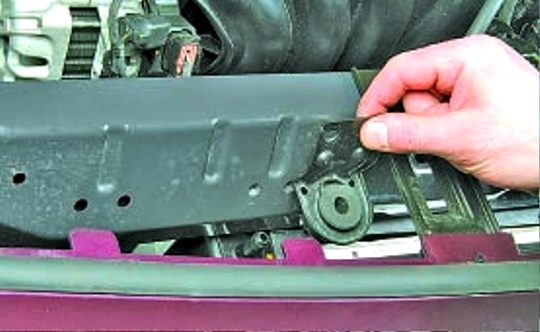 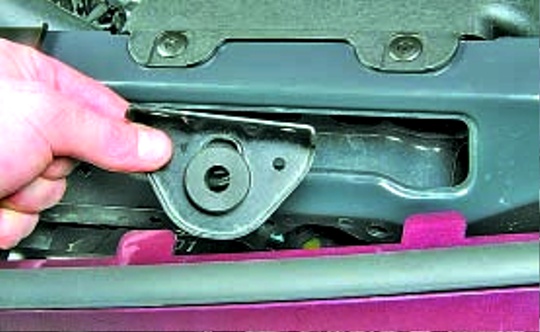 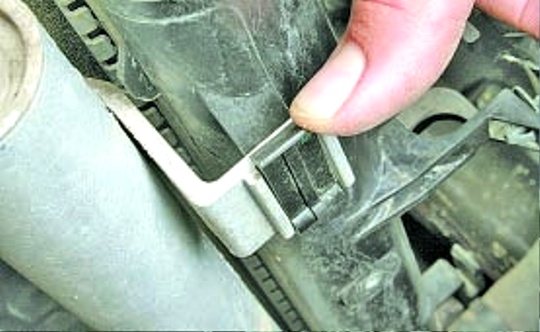 On cars with air conditioning, disconnect the condenser from the radiator 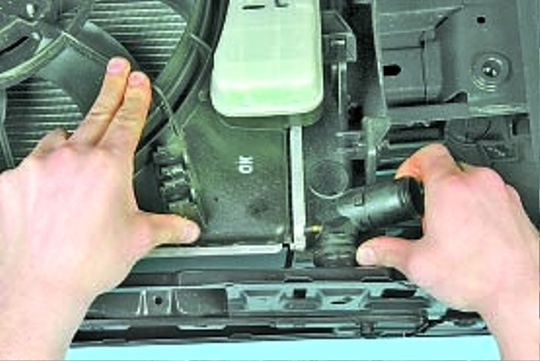 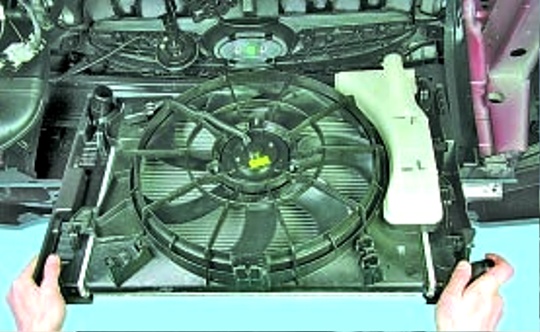 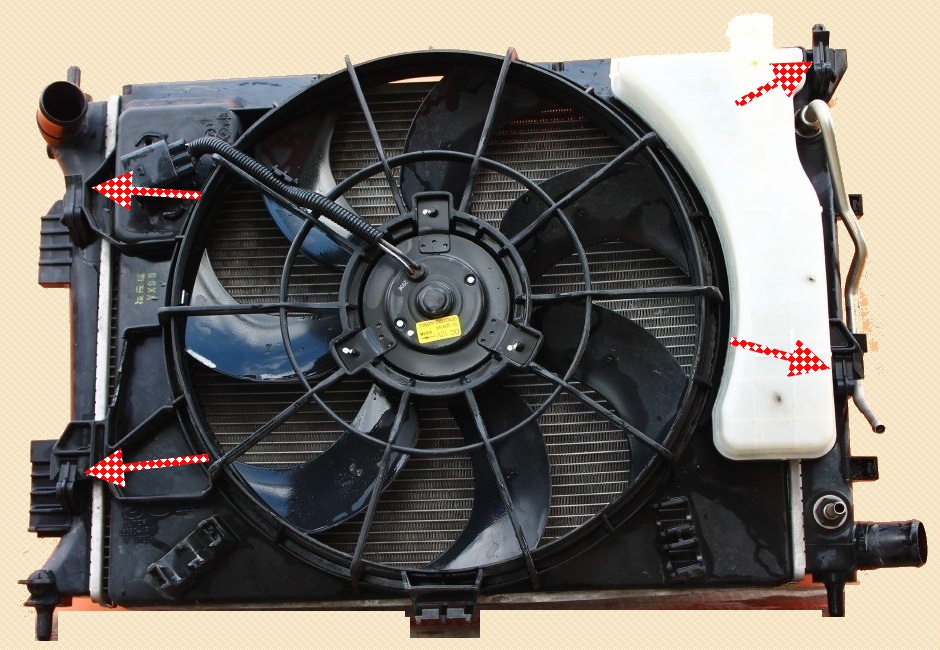 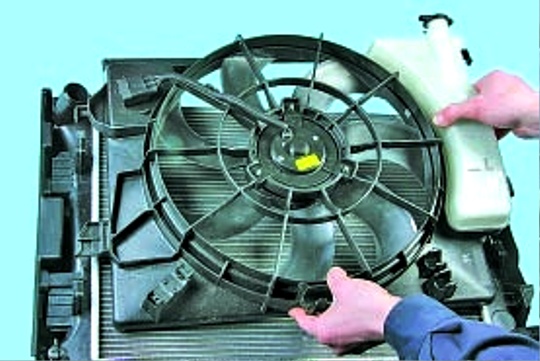 And remove the electric fan from the radiator

Rinse the radiator from the outside with a jet of water and dry it. If cracks have formed on the plastic radiator tanks, replace the radiator.

Check the tightness of the radiator, for which shut off its pipes, bring air to it at a pressure of 0.1 MPa and lower it into a container with water for at least 30 seconds. The leakiness of the radiator is determined by the outgoing air bubbles.

If the radiator does not fit completely into the container, check it sequentially from all sides.

Install the radiator and other parts of the engine cooling system in the reverse order of removal.

In order to further eliminate the possibility of leakage of coolant, lubricate the radiator pipes with a thin layer of silicone sealant before installing the hoses.