The installation of impulse wheels according to the proposed scheme is carried out to synchronize the signals of the crankshaft speed sensors and the primary shaft of the injection pump drive and is provided by linking the sensor signals to the common starting point of the shafts at the moment the piston of the first cylinder passes the top dead center (TDC).

To ensure the correct installation of the impulse wheels, it is necessary to make a device for fixing the dowel pin in accordance with the sketch (Fig. 1). 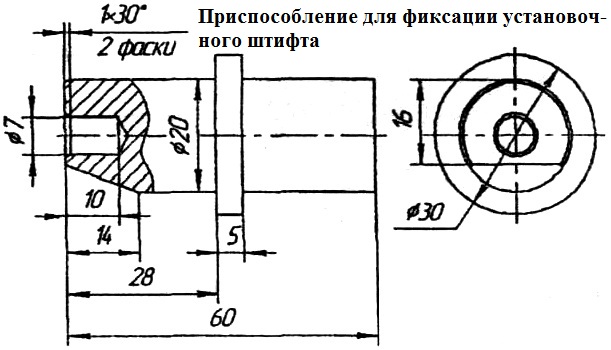 Set the piston of the first cylinder to the TDC position by turning the crankshaft clockwise using bolt 4 (Fig. 2) until the axis of the 16th tooth of the "crown" of the impulse wheel coincides wheels) with sensor axle 1. 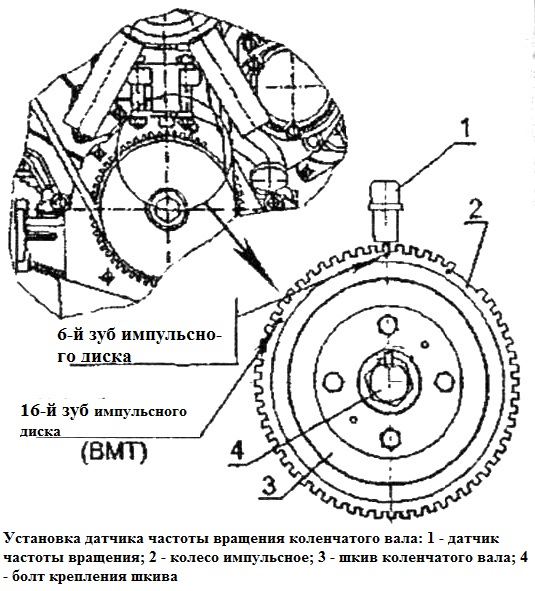 Make sure that the intake and exhaust valves of the 1st cylinder are closed. If the exhaust valve is open, turn the crankshaft one full turn and re-check the condition of the valves.

Install the piston of the first cylinder at the compression stroke (~ 60 ° of the crankshaft rotation angle to TDC), for which: 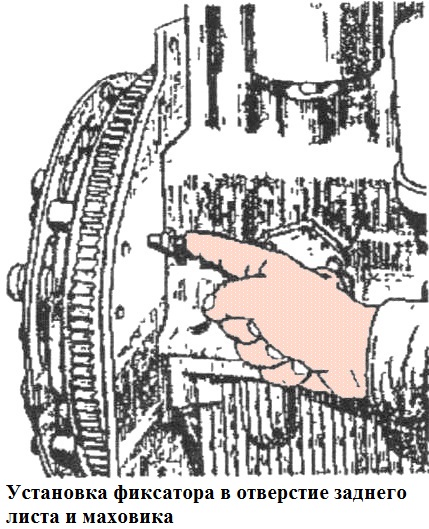 at the same time, turn it out on the second turn in accordance with fig. 2 the retainer from the threaded hole of the back sheet, insert it with the reverse side into the same hole until it stops in the flywheel (for ZIL diesel engines, press the spring-loaded retainer all the way into the flywheel) and turn the crankshaft until the retainer coincides with the hole in the flywheel; 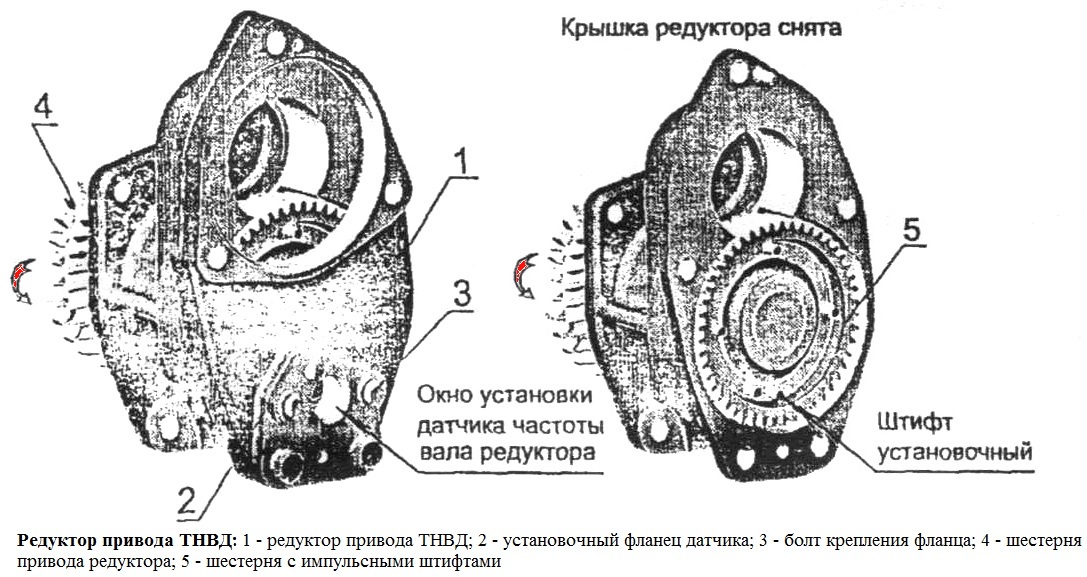 By slightly turning the drive in the opposite direction, position the dowel pin (first in the direction of rotation of the shaft) in the center of the window. 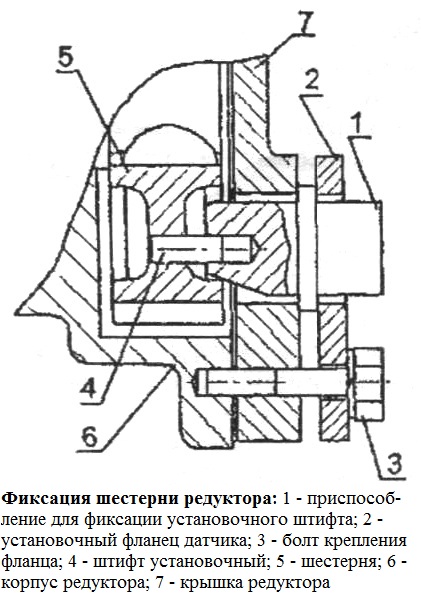 Install in the window the device for fixing the position of the dowel pin 1 (Fig. 5) and fix the device with the mounting flange 2 and bolts 3. 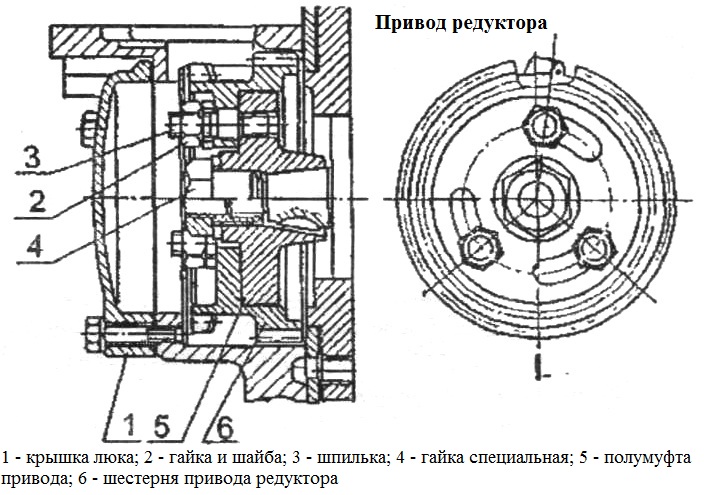 Remove the hatch cover 1 (Fig. 6) and, supporting the drive gear 6 through the hatch window, insert the drive half coupling 5 into the grooves of the drive gear pins 3, thus installing the reducer. Fasten the gearbox to the distribution box.

Replace the mounting flange and secure. Install the sunroof cover, speed sensor and secure them.

Pull out the flywheel retainer and thread it into the back plate. Install the cylinder head cover