We remove the fuel module for replacement or repair

Tools will be required: screwdrivers, a tank for draining fuel from the fuel pump module, a key for 14

Reducing the fuel pressure as described in the previous article 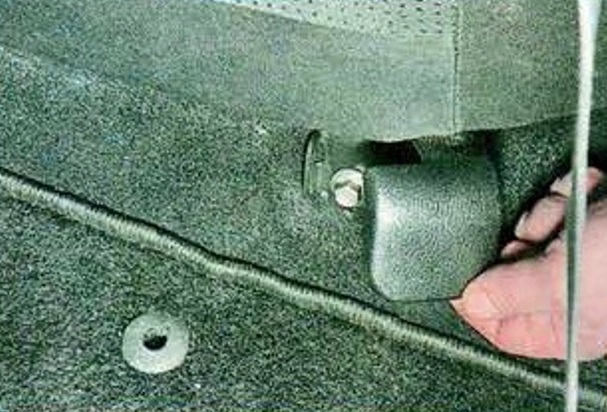 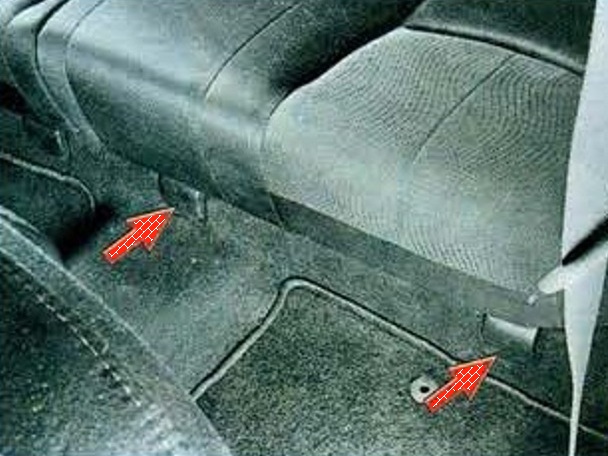 Lifting the rear seat cushion up 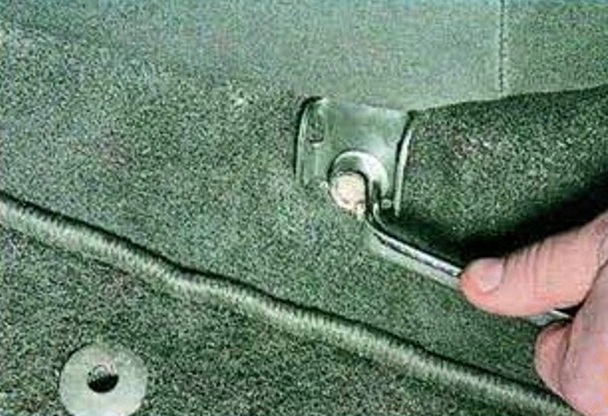 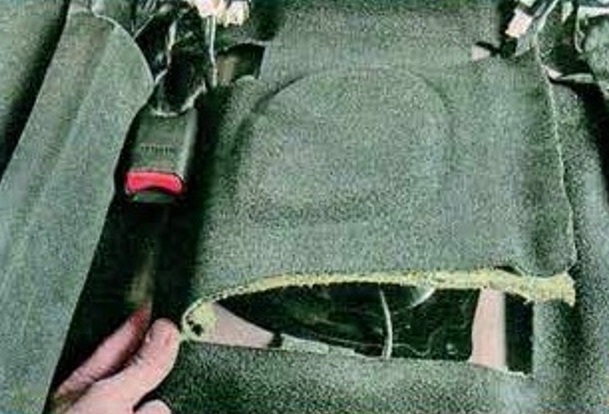 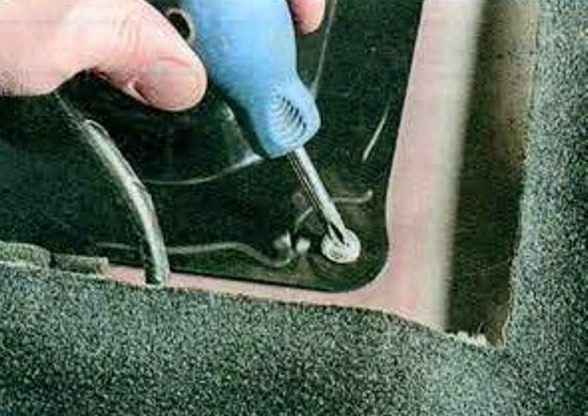 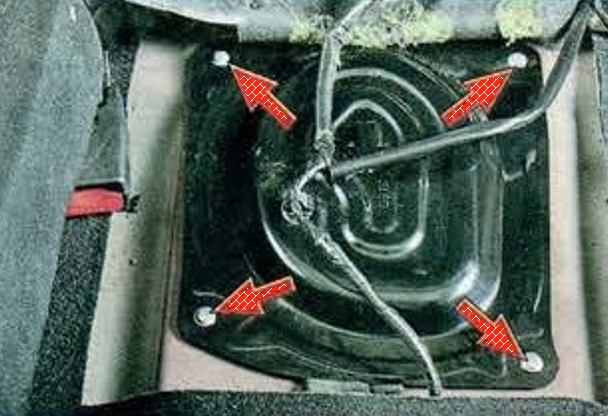 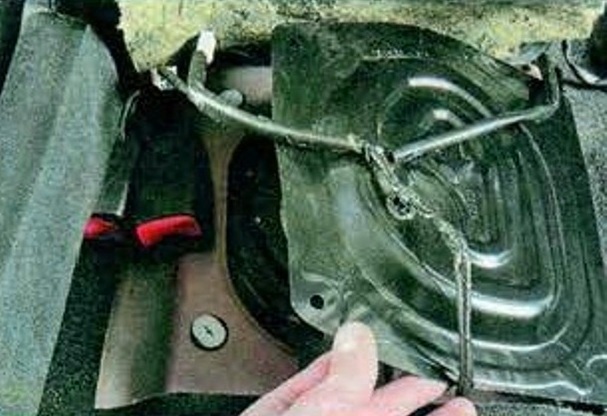 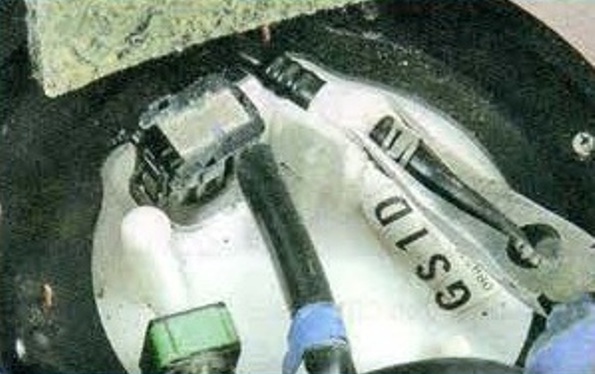 Pull the hatch cover aside 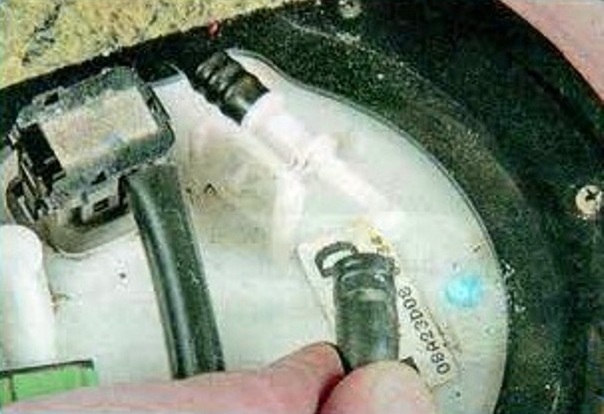 Disconnect the pipe tip from the connector fittings 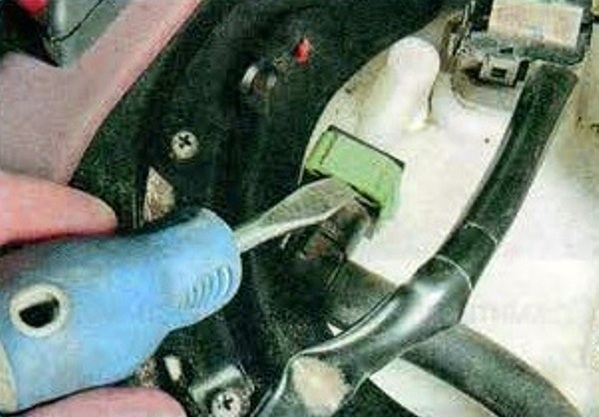 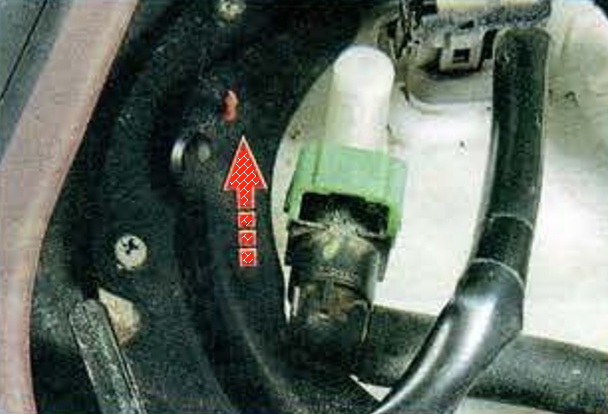 We pry the lock with a screwdriver and move it up 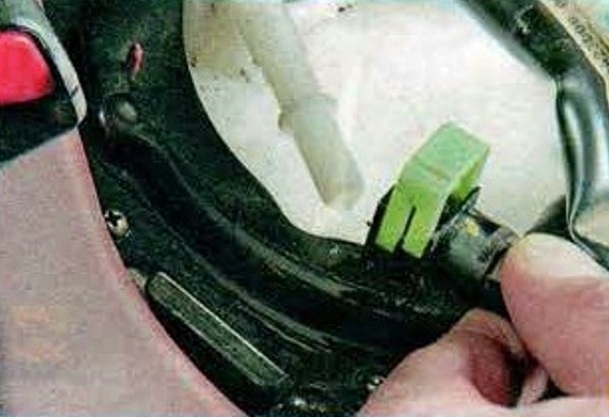 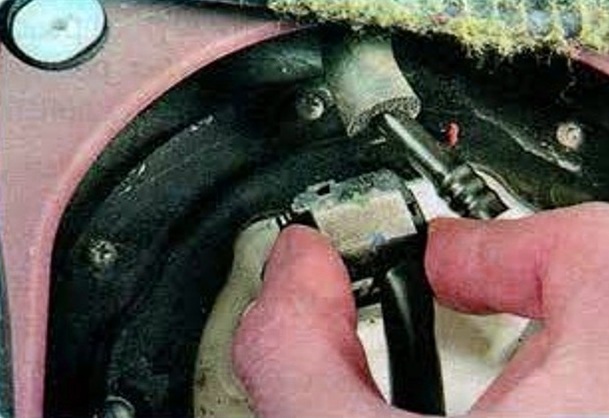 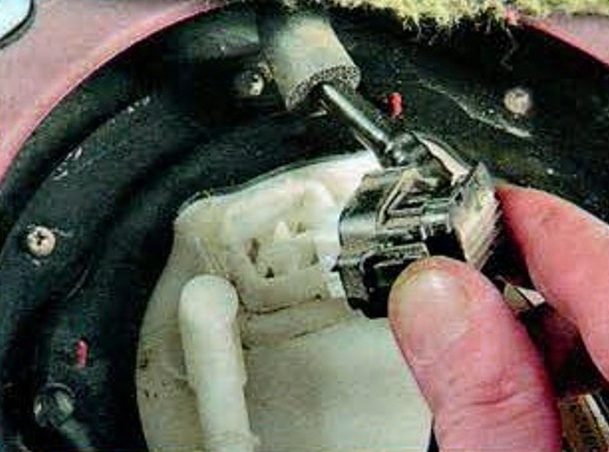 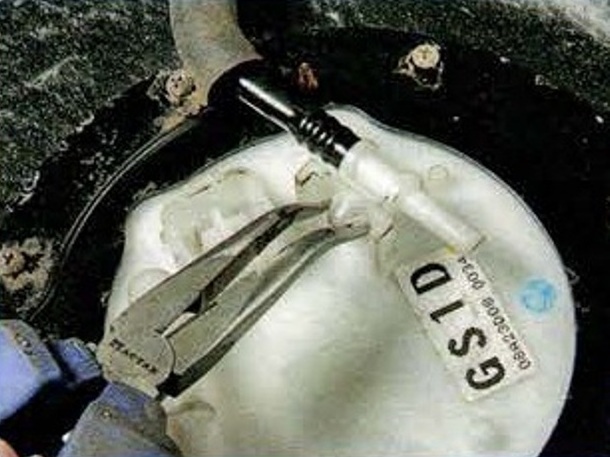 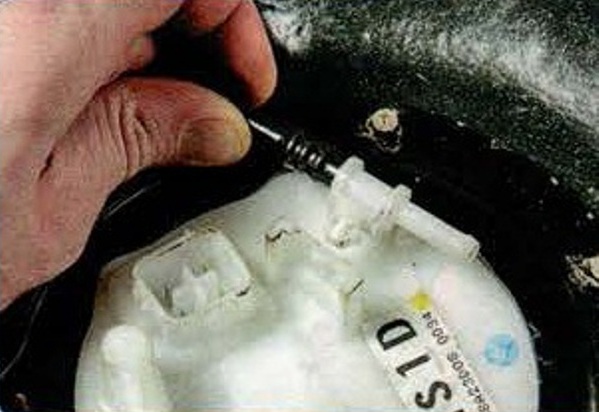 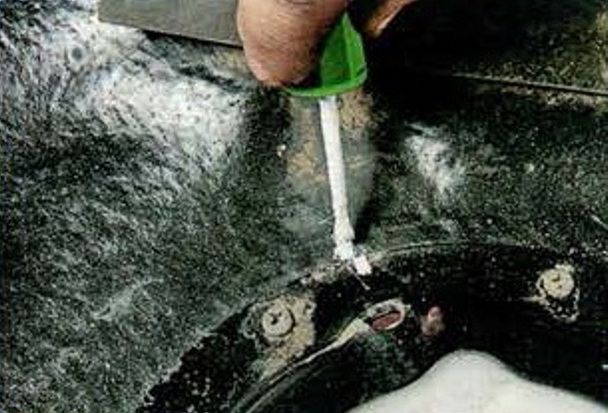 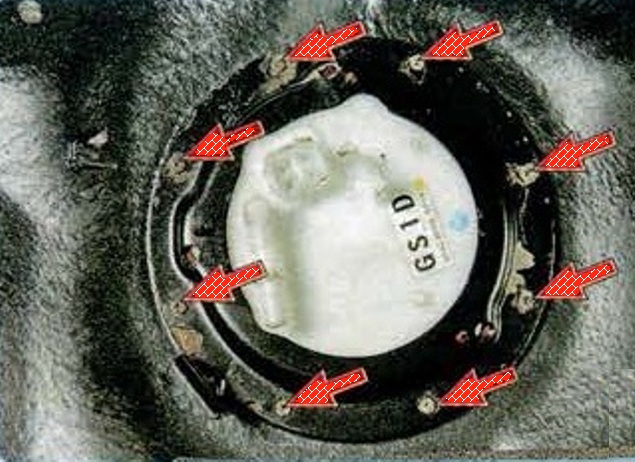 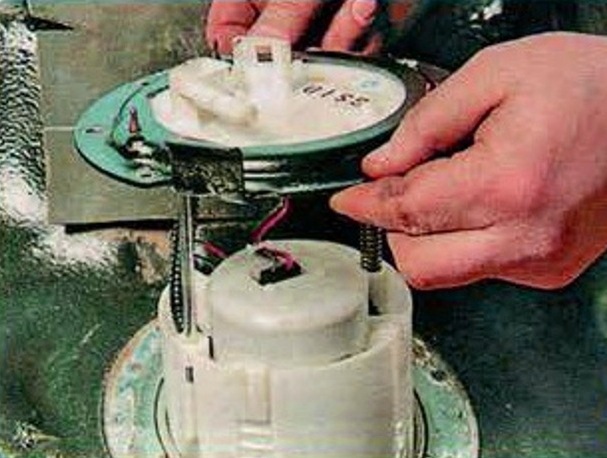 After installing the fuel module, we start the engine and check the tightness of the fuel lines