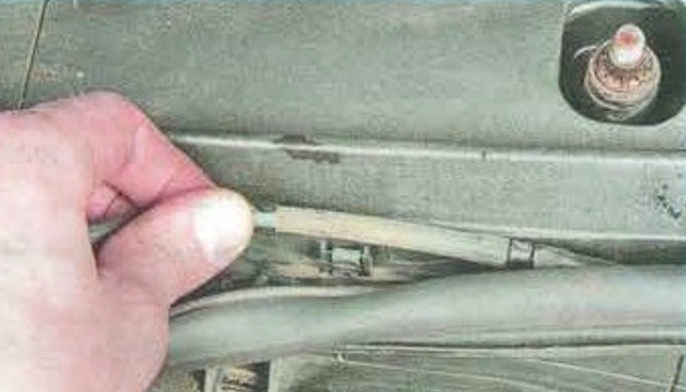 We remove the washer hose from the niche of the grille of the air intake box, removing it from the holders 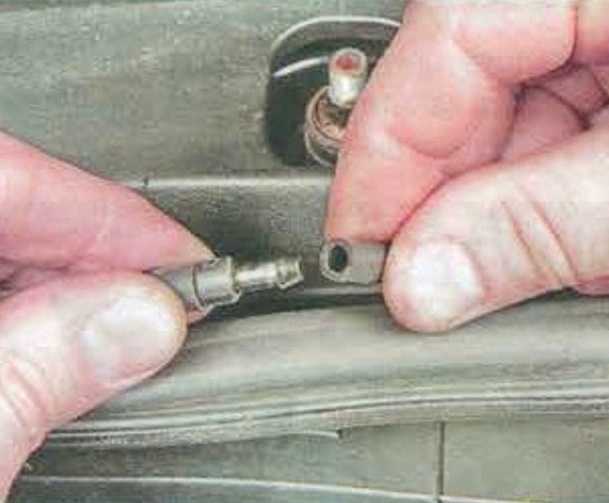 Disconnect the windshield washer hoses from the hoses of the jets 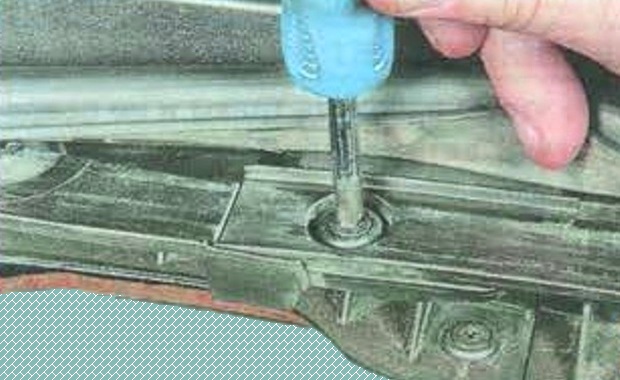 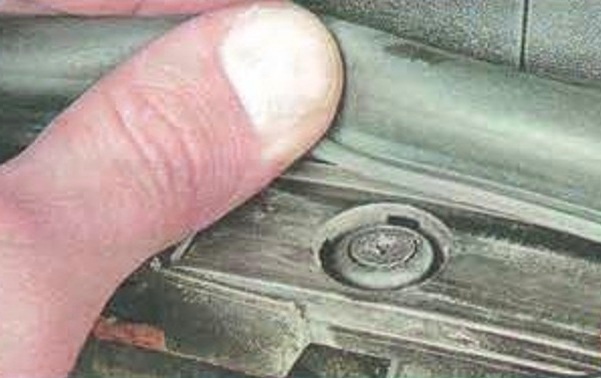 In the same way, we remove the right part of the air intake box

We install the grid and all the parts in reverse order

Removing and installing the hood

It is advisable to remove the hood with an assistant 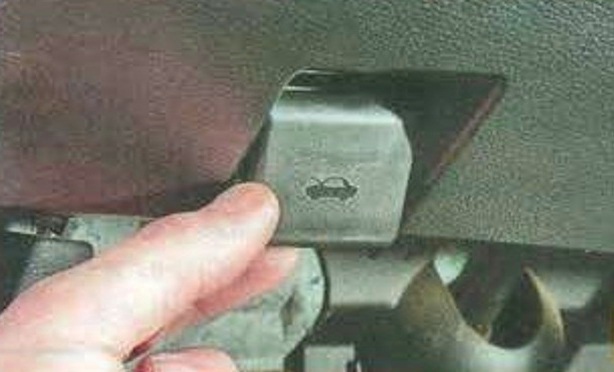 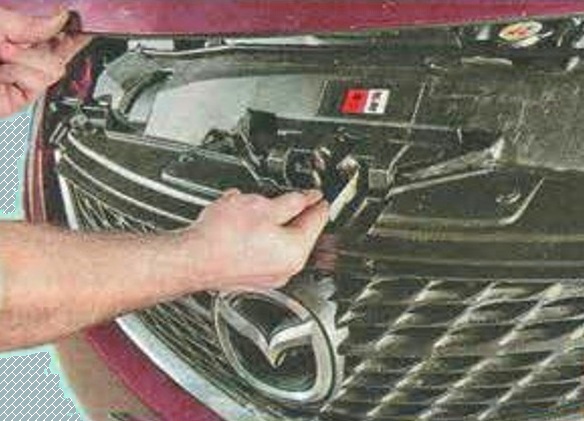 Press the lever and remove the safety hook from the lock 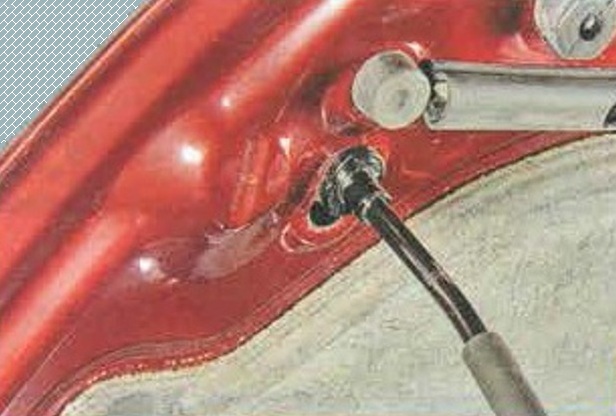 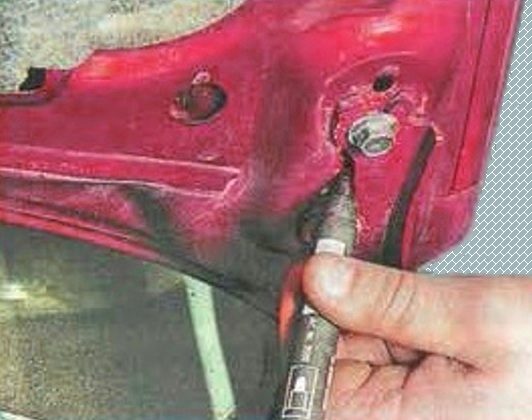 After that, we install the hood on the stop

If the hood is not removed for replacement, mark its position relative to the hinges 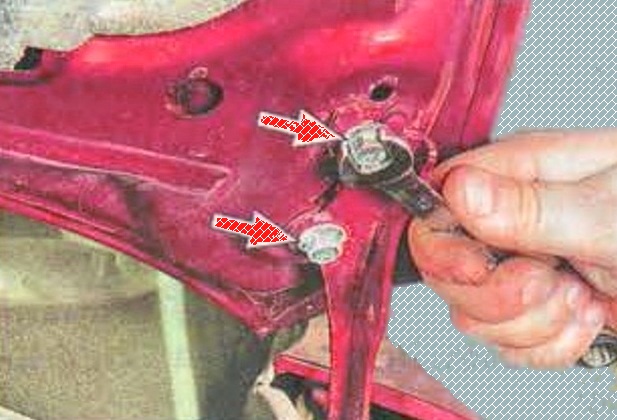 Holding the hood, unscrew the hinge bolts and remove the hood

Installing the hood in reverse order

Removing and adjusting the hood lock

Tear off the hood and install it on the stop 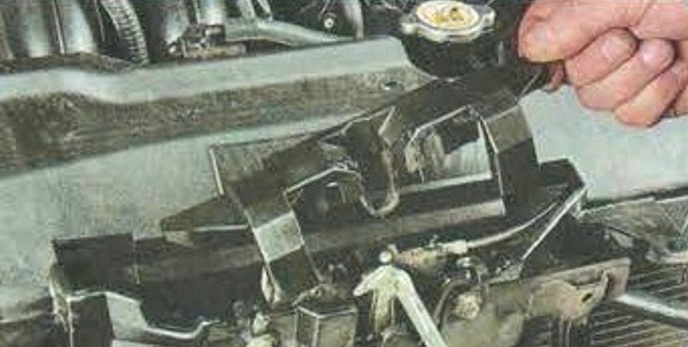 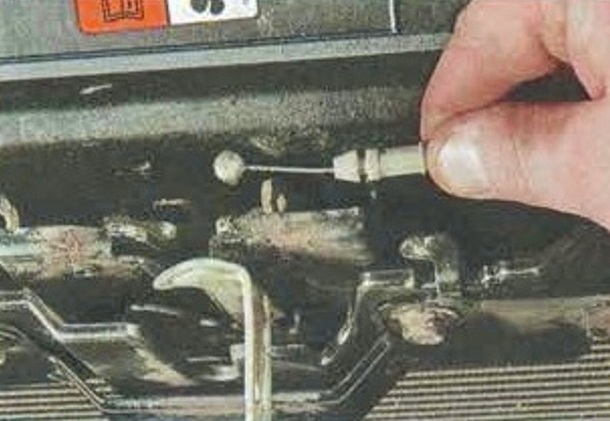 We remove the protective cover of the hood lock, overcoming the force of the clamps 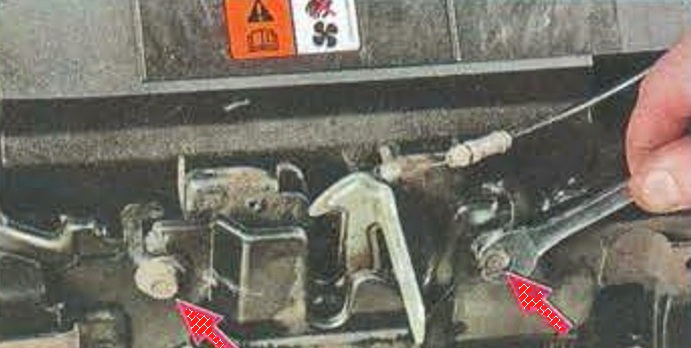 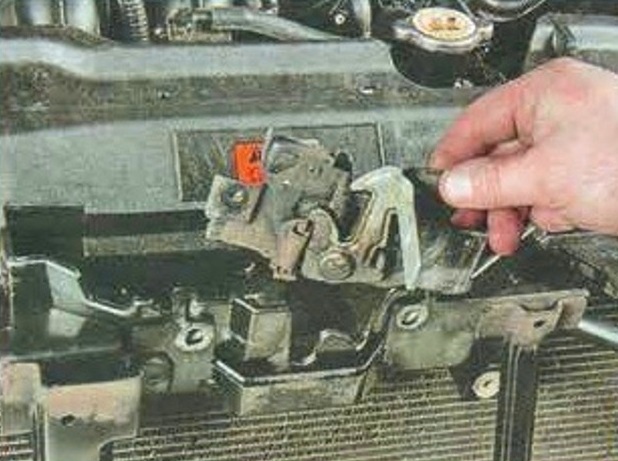 Before installing the lock, lubricate its locking mechanism with lithol

If the lock is not clearly locked after installation or is difficult to unlock, adjust its position

Loosen the bolts securing the lock and moving it vertically within the oval holes of the supporting bracket, we achieve a clear operation of the lock