Renault/Dacia Sandero cars are equipped with an exhaust system made of a single welded element.

And individual parts of the exhaust system are supplied as spare parts.

To replace individual elements, you need to cut the pipes connecting the elements according to special marks.

After that, the pipes are connected with a clamp, which is also sold in spare parts stores. 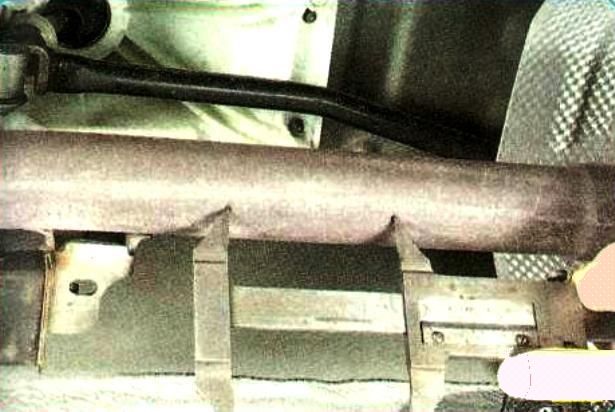 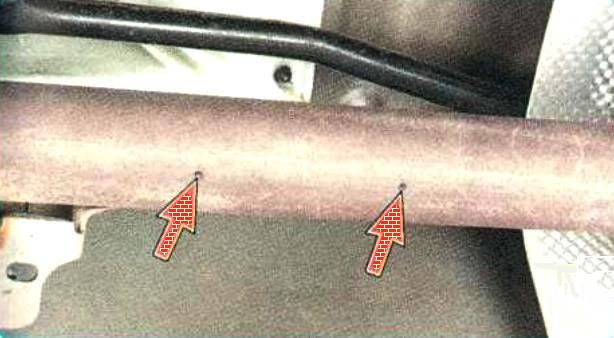 To replace the exhaust pipe and catalyst, we measure the distance between the marks (it should be 80 mm)

The marks are located between the catalytic converter and vibration damper, under the gear lever. 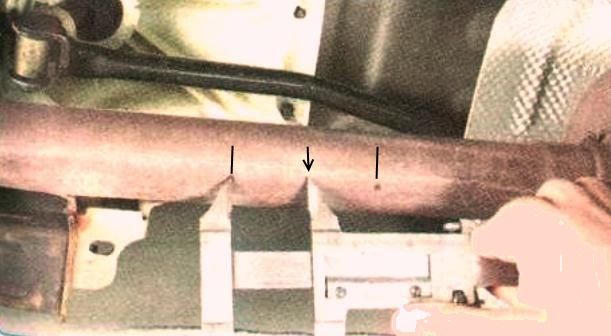 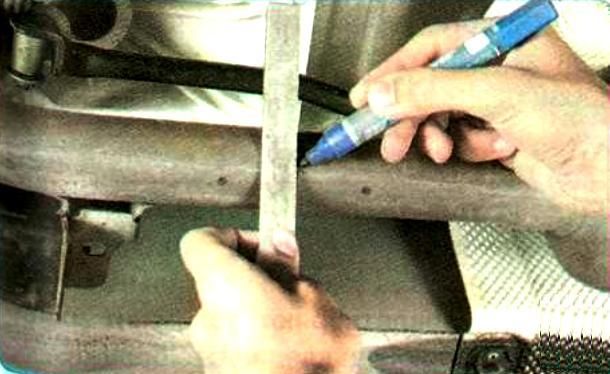 Mark the middle of the distance between the marks

And make an additional mark with a felt-tip pen 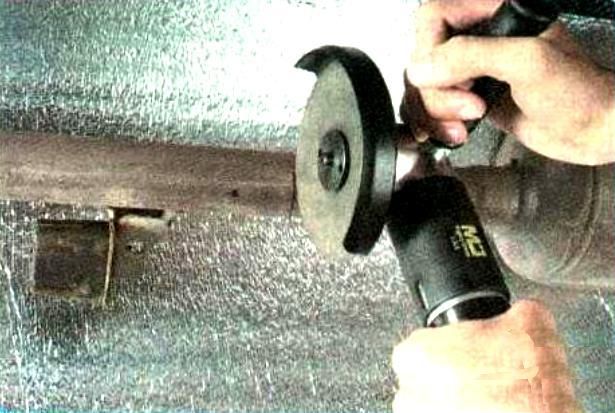 Saw the pipe according to the applied additional mark 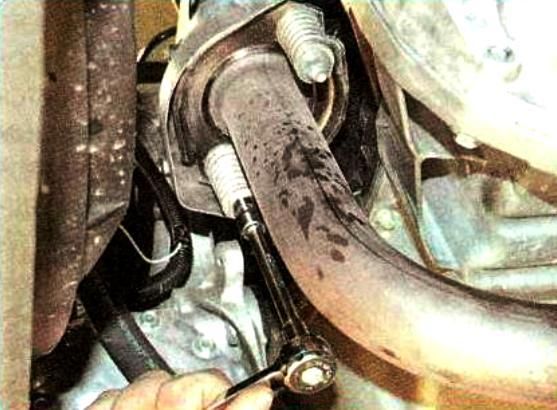 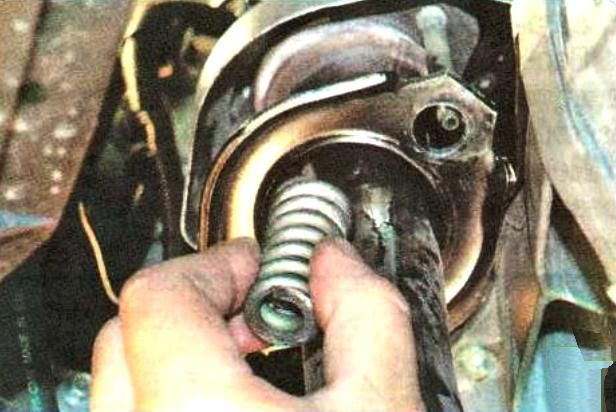 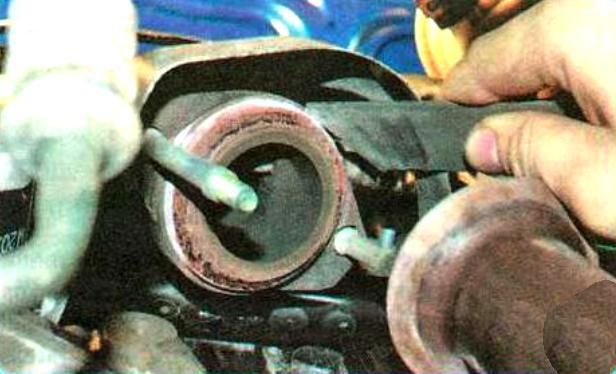 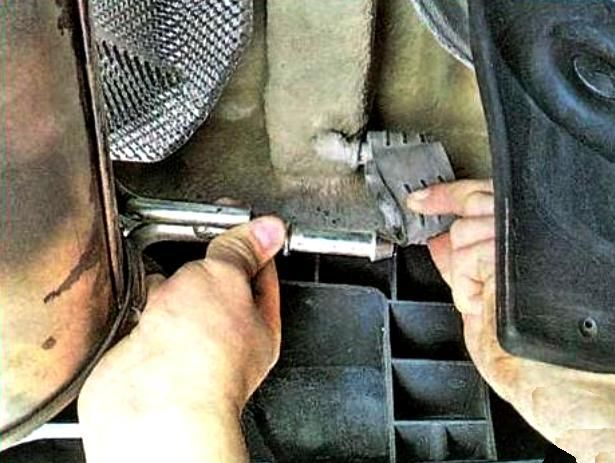 Do not knock on the body of the converter.

We install a new gasket between the intake manifold and the exhaust pipe.

We connect the elements of the exhaust system with special clamps.

The additional and main muffler are replaced in the same way. 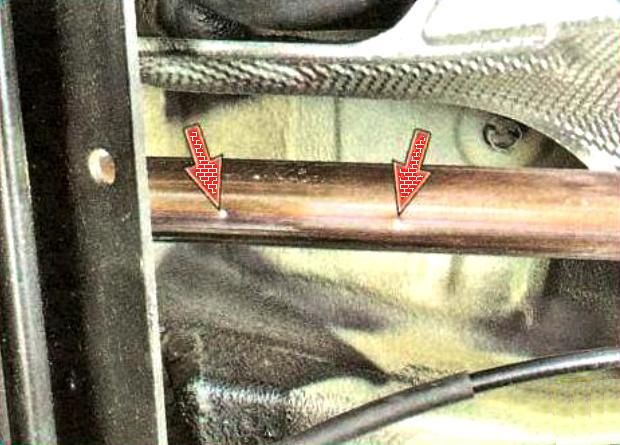 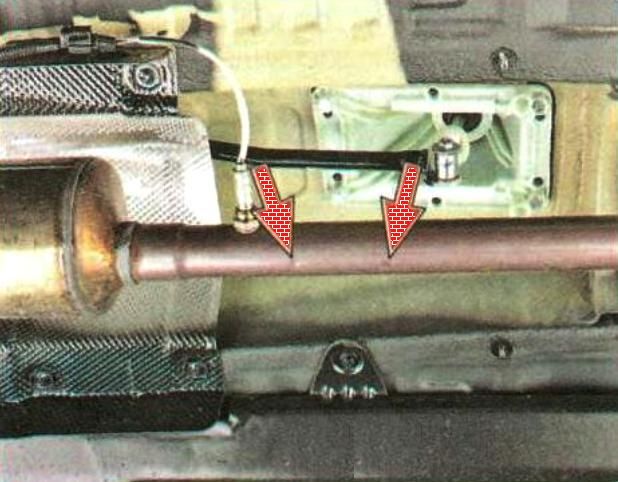 To replace the main muffler, you need to cut the pipe between the marks located near the left rear suspension spring

To replace the additional muffler, you need to cut the pipe in two places:

- between the catalytic converter and the vibration damper (under the gearshift lever);

- near the left spring of the rear suspension. 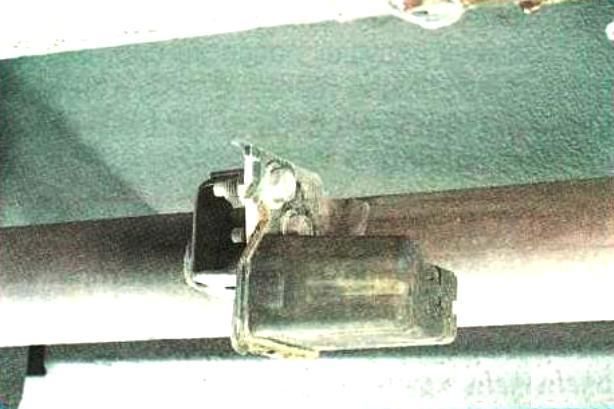 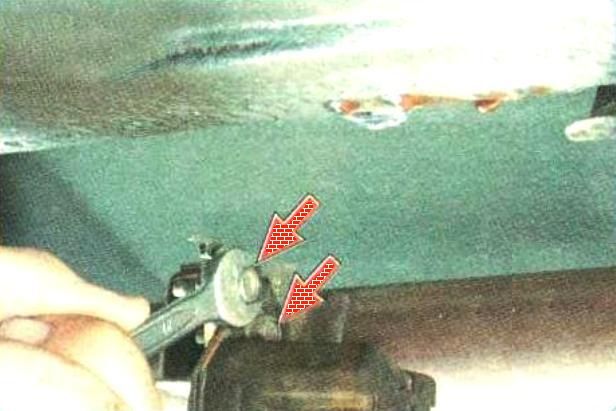 If necessary, you can remove the vibration damper from the old section of the exhaust system

To do this, you need to unscrew the two mounting bolts, and install on a new section.