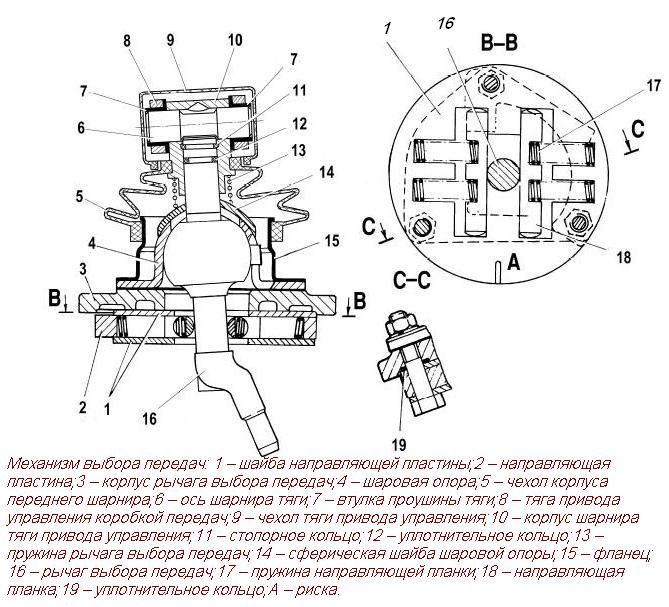 Details of the gear selection mechanism 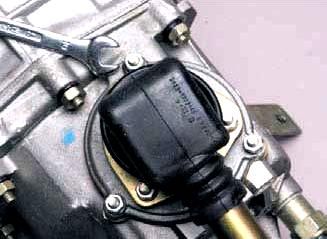 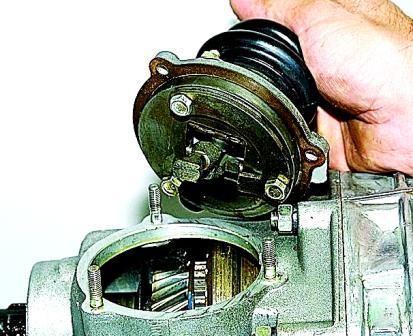 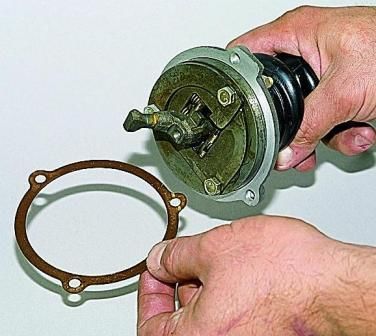 To remove the mechanism, set the gear selector lever to neutral.

With a 10 key, unscrew the three nuts securing the mechanism body

Removing the mechanism from the gearbox 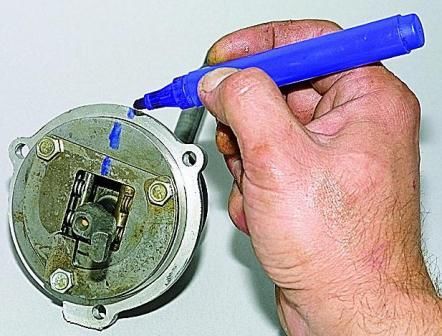 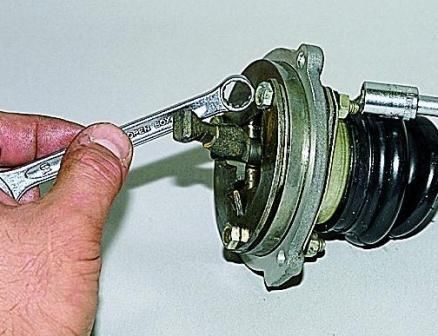 Mark the relative position of the guide plate, washers and the body of the mechanism with a felt-tip pen

With a 10 key, unscrew the nut of the bolt securing the guide plate and washers to the body, holding it with another key from turning 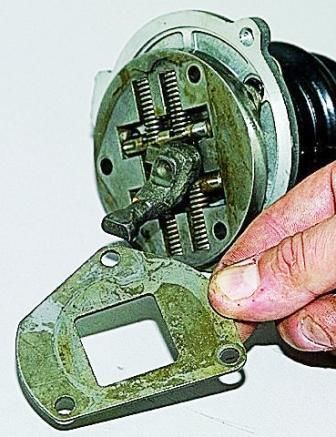 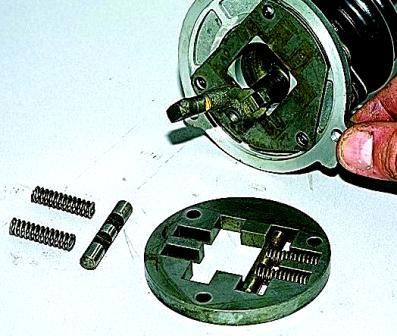 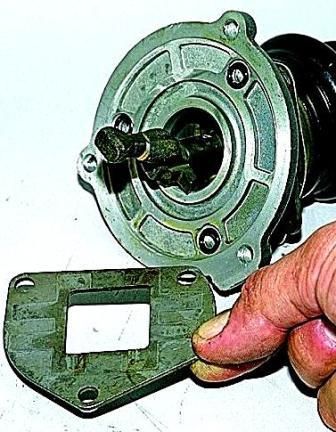 Remove the bottom washer of the guide plate

We take out one guide bar with two springs and remove the guide plate from the lower end of the lever.

Remove the top washer of the guide plate 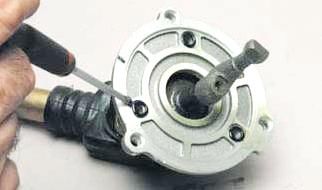 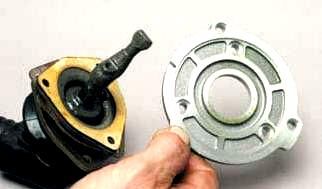 Using a thin screwdriver, remove the rubber rings sealing the bolts from the grooves in the body 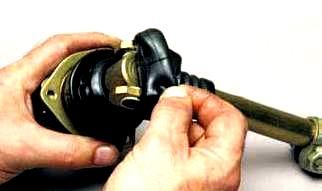 Remove the bottom gasket of the ball joint housing

Slide the cover off the gearbox control drive rod 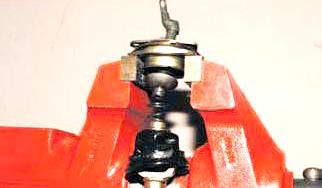 We support the flange of the ball joint on the vise jaws.

With a sharp downward movement, pull off the drive rod and the rod joint housing from the shank of the gear selection lever, overcoming the resistance of the retaining ring. 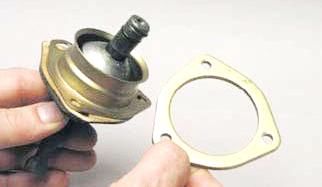 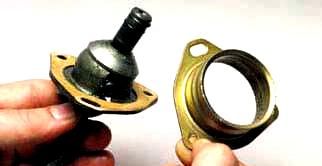 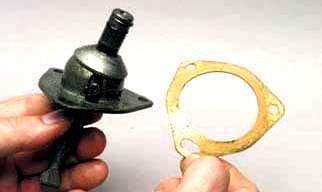 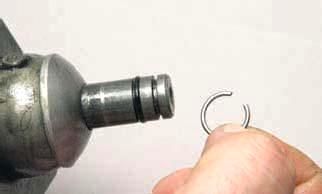 Pry on with a screwdriver and remove the retaining ring 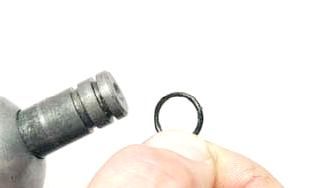 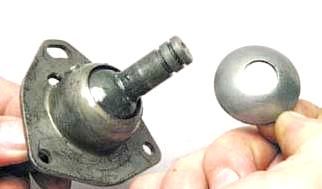 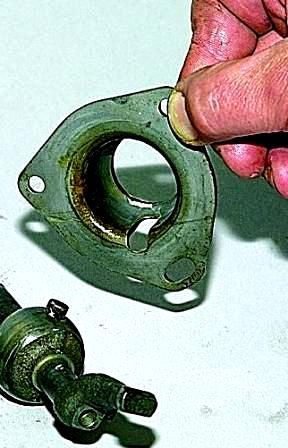 Disconnect the lever and the ball joint housing 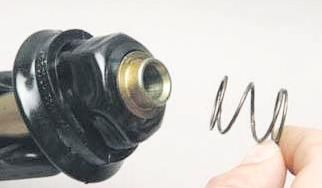 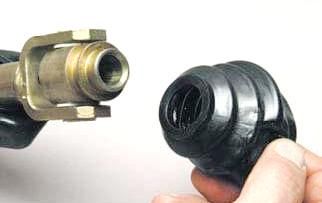 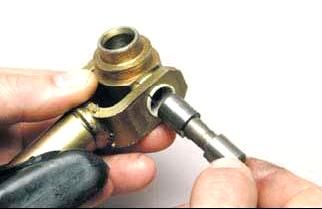 Remove the spring from the drive rod joint housing 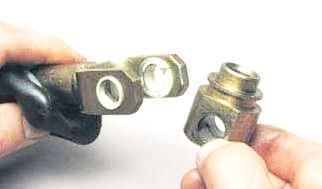 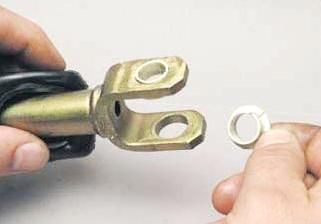 Plastic bushings are installed in the holes of the thrust fork. 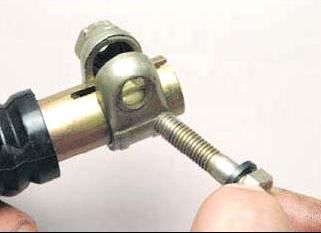 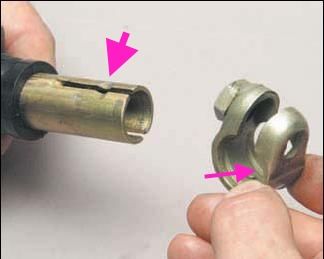 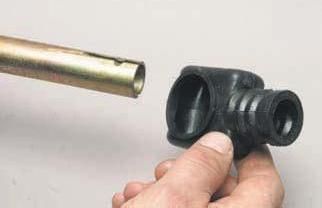 To replace the drive rod clamp, unscrew the tie bolt and move the clamp

If we install a clamp, then it must be oriented on the traction so that the clamp pin goes into the slot of the traction

We remove the cover from the traction.