Preparing the car for the task.

In the car interior, we remove the lining of the floor tunnel.

Open the hood. We remove the battery. 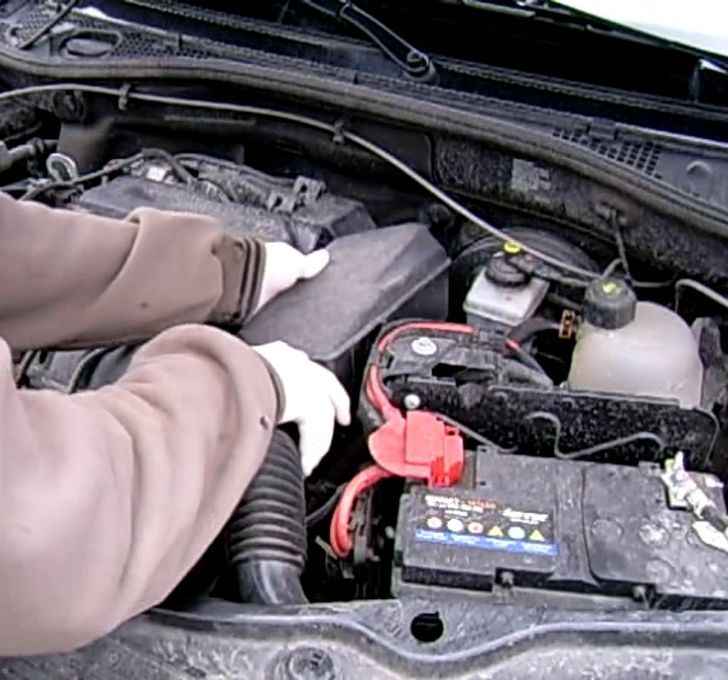 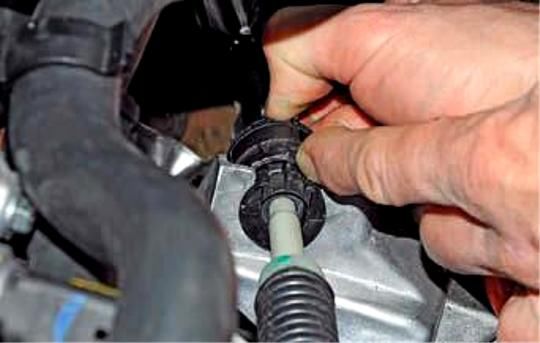 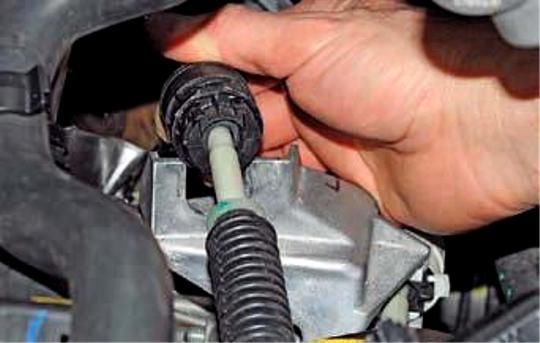 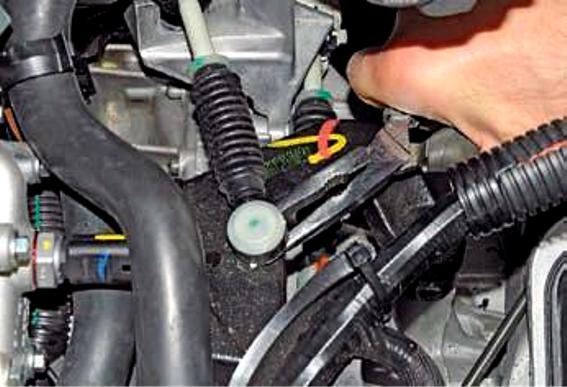 Remove the sleeve from the groove of the bracket 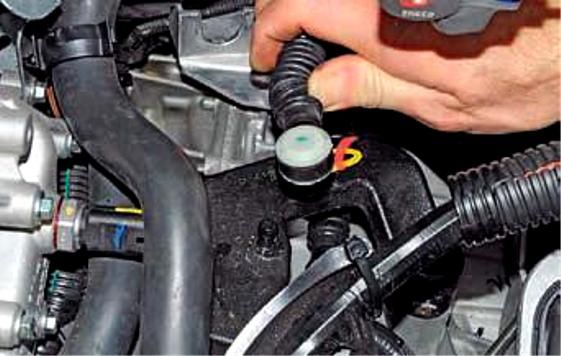 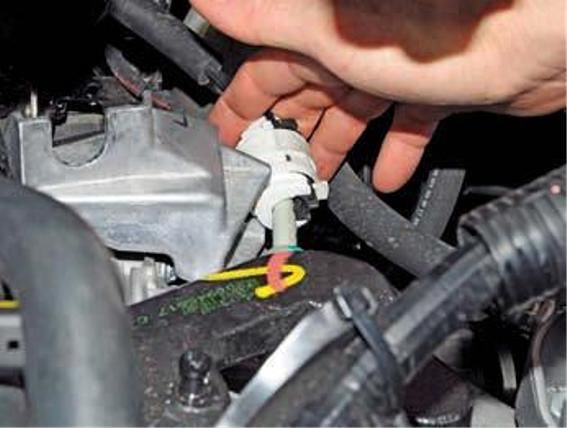 Using force, we remove the installation sleeve of the sheath of the gear selection cable from the groove of the gearbox support bracket 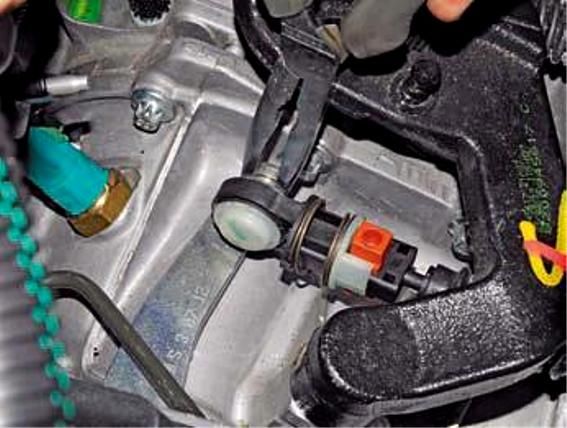 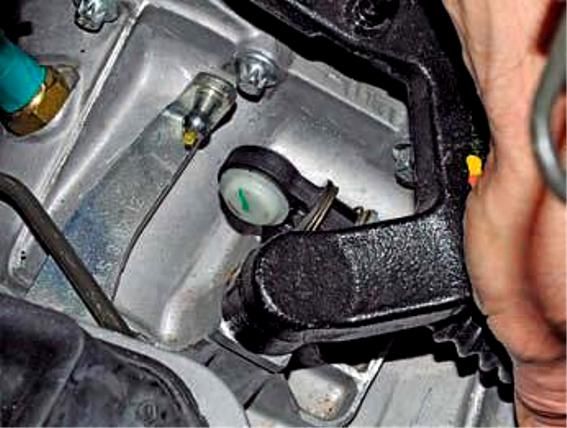 Having inserted pliers with thin sponges between the head of the cable tip and the gear selection lever and resting the pliers on the lever, we squeeze the tip head from the lever

Remove the tip of the cable from the ball pin of the gear selector. 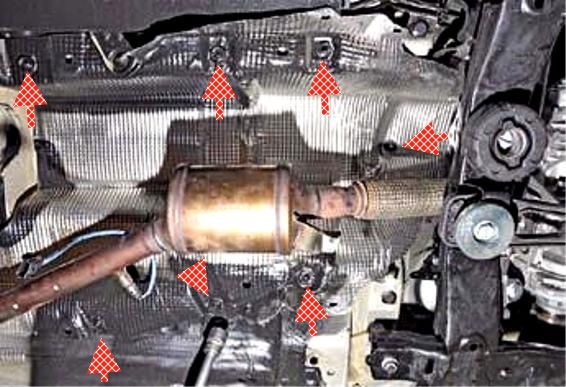 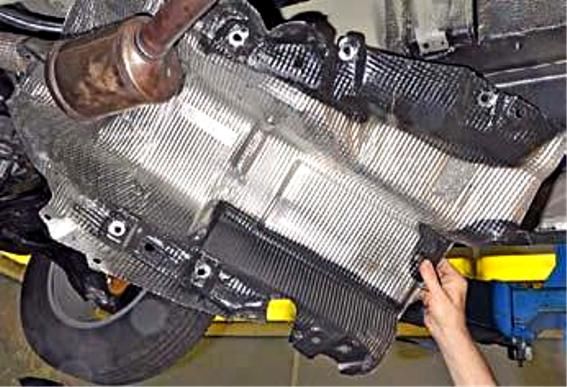 With a 24 head, unscrew the seven nuts of the studs securing the heat shield to the bottom of the body 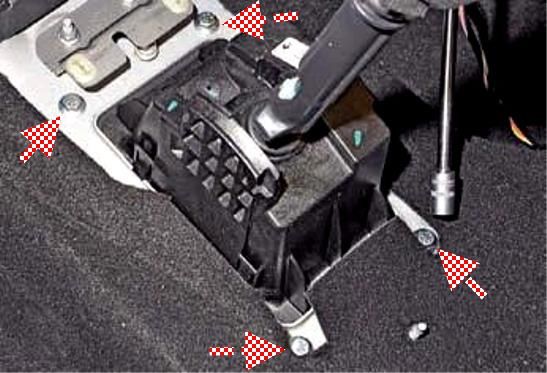 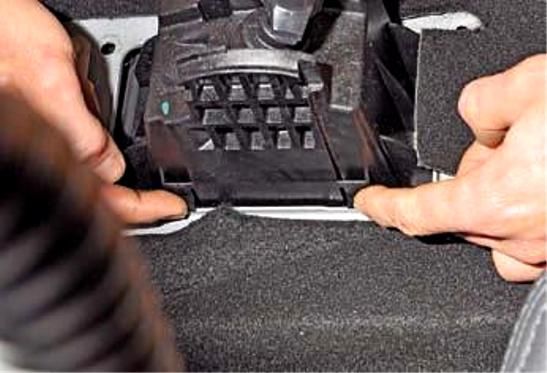 With a head of 10, we unscrew the four bolts securing the gearbox control mechanism housing

We press two latches on each side of the mechanism body

We take out the mechanism down through the hole in the bottom of the body along with the cables. 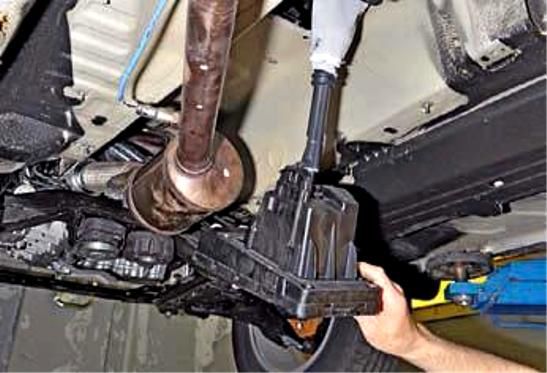 The gearbox control mechanism has a fixed position of the shift lever in position III-IV gears.

In the gearbox, set the gear selection lever also to the III-IV gear position.

The gear selection cable is adjustable in length. 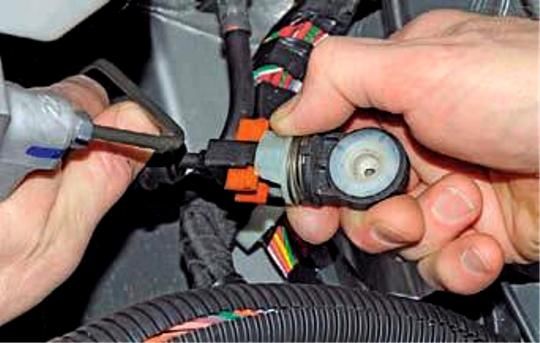 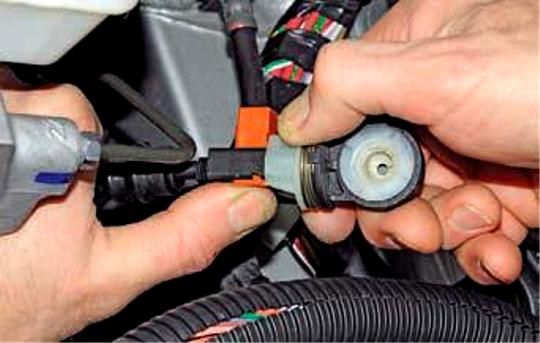 For correct installation, we remove the locking sleeve of the cable end from the toothed retainer by compressing the spring

Move the toothed lock as shown in the photo 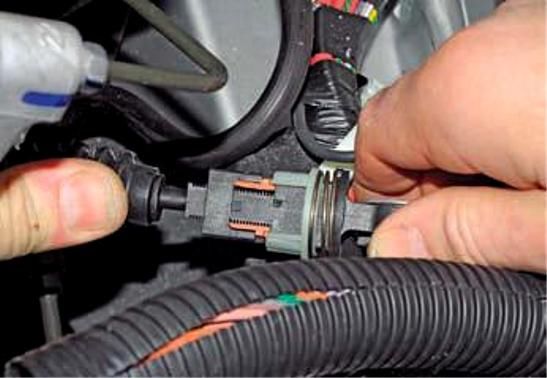 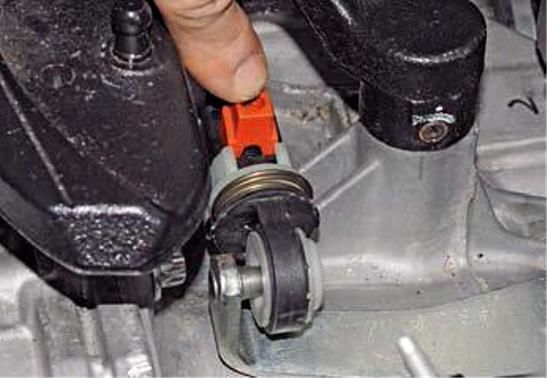 In this position of the latch, the toothed end of the cable can move inside the tip, thereby changing the length of the cable

We put the plastic head of the cable end onto the ball pin of the gear selector lever and press the lock. After that, we lock the latch with a sleeve