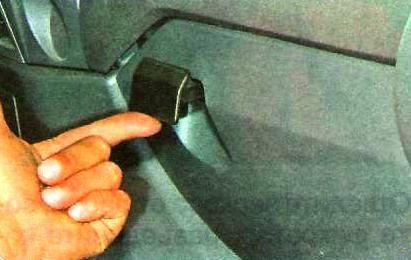 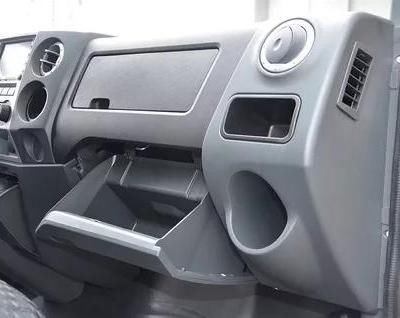 Pull up the handle of the lower glove compartment lock 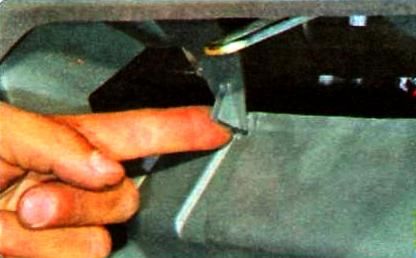 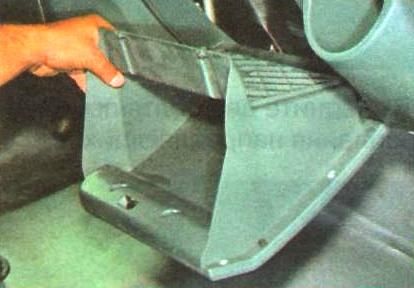 We squeeze out two limiters 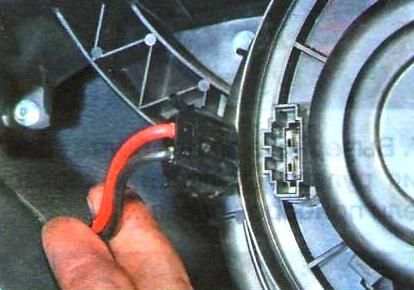 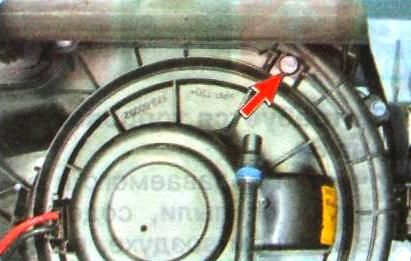 Disconnect the wiring block from the heater electric fan 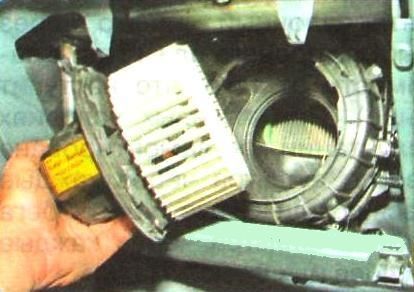 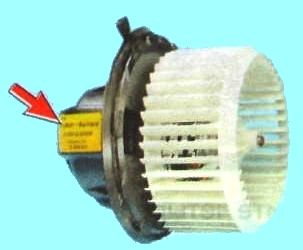 Install the electric fan in the reverse order.

Pay attention to the markings on the sticker. You need to put the same

Removal and installation of an additional resistor for the heater fan 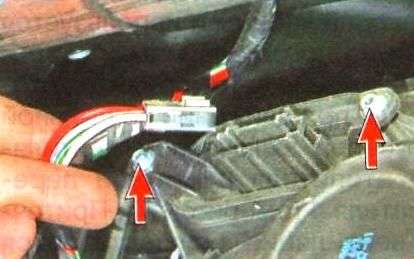 Disconnect the wiring block from the additional resistor.

We unscrew two bolts of its fastening 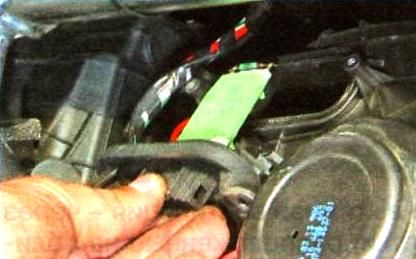 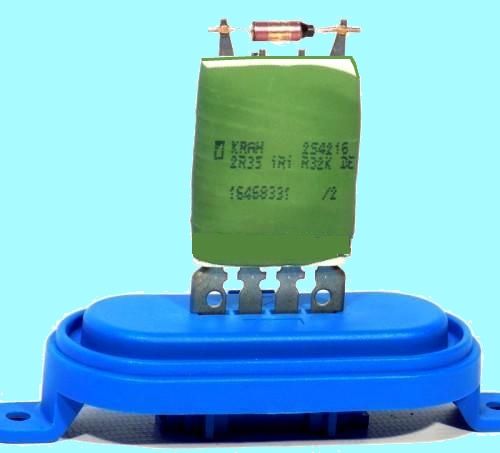 We remove the additional resistor from the heater module housing

Removal and installation of the heating system control unit 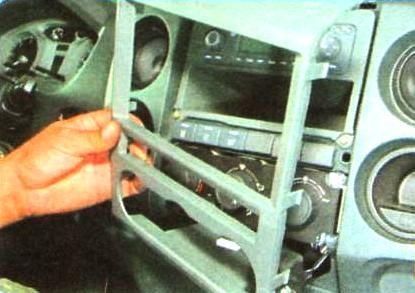 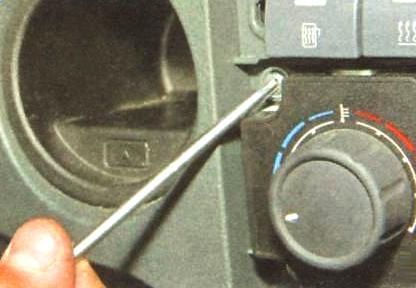 Removing the decorative trim of the dashboard console 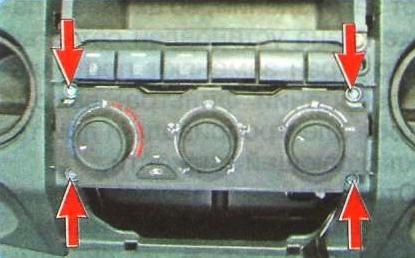 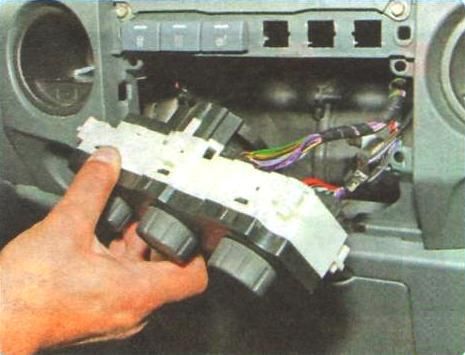 This is how the screws for fastening the heating and ventilation control unit are located. 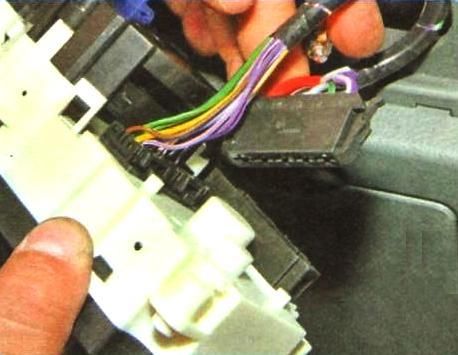 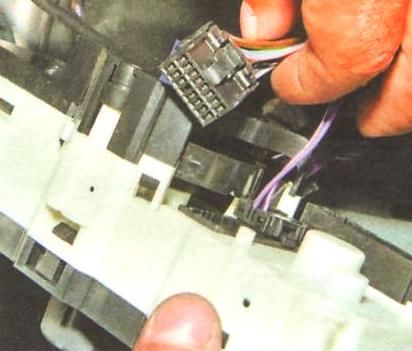 By clicking on the latches, we disconnect one block of wires from the block

Disconnect the second block of wires from the block 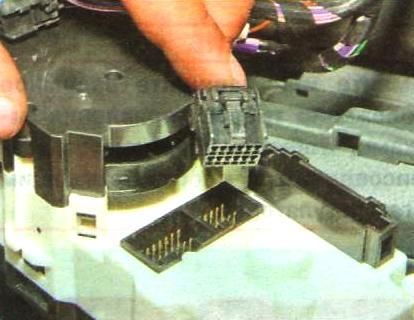 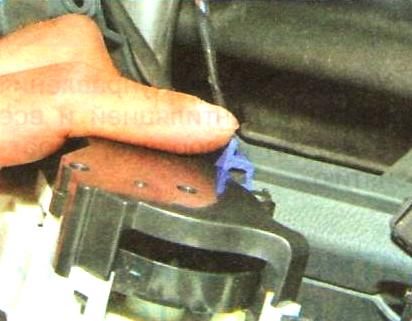 Disconnect the third block of wires 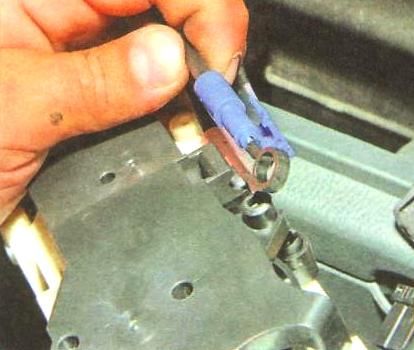 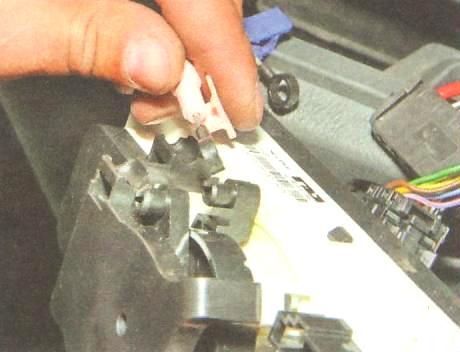 We remember or write down the relative position of the control cables for the dampers.

Install the heater and ventilation control unit and all removed parts in reverse order.

Removal and installation of the heater tap

A heater control valve with an electromagnetic drive is installed on the vehicle.

A strainer is installed in the inlet of the tap.

The tap is replaced when the filter is heavily clogged, the electric drive fails and the coolant leaks. 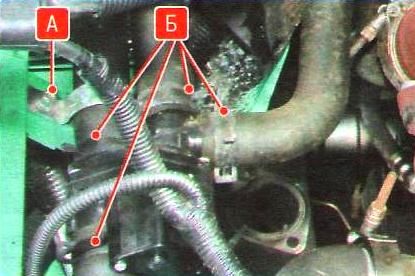 We disconnect the block of wires from the terminals of the crane.

We unscrew the bolt "A" fastening the clamping bracket of the crane and remove the bracket.

Install the heater tap in the reverse order.