Replacement of hoses and tubes of the Renault Sandero brake system

Hoses and tubes are replaced in case of defects, as well as after the expiration of the calendar and operational life (applies to hoses).

You will need a special key for 11 for the brake tubes. 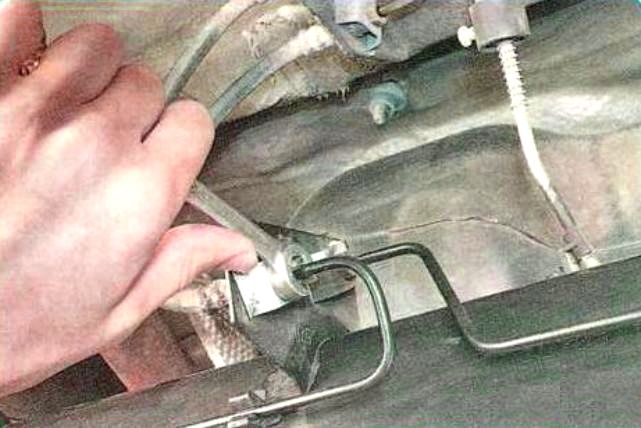 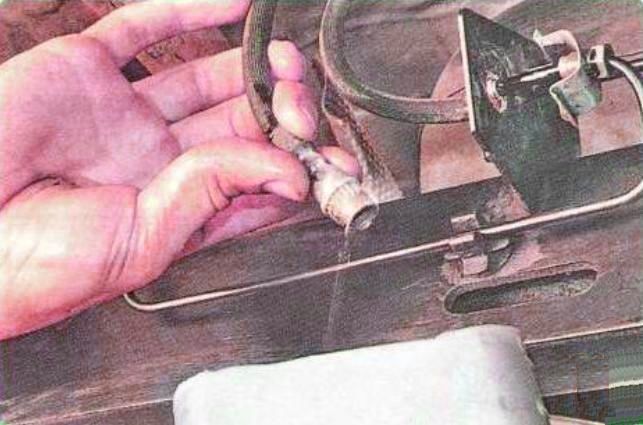 To replace the hose of the rear wheel brake mechanism, unscrew the nut of the brake tube attachment to the lower tip of the hose 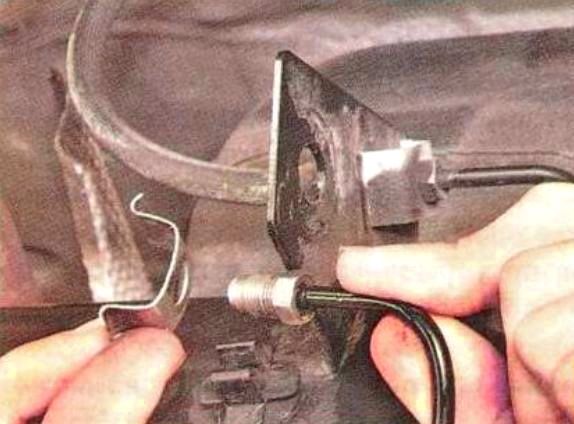 We inspect the hose tip lock. The deformed retainer is replaced. 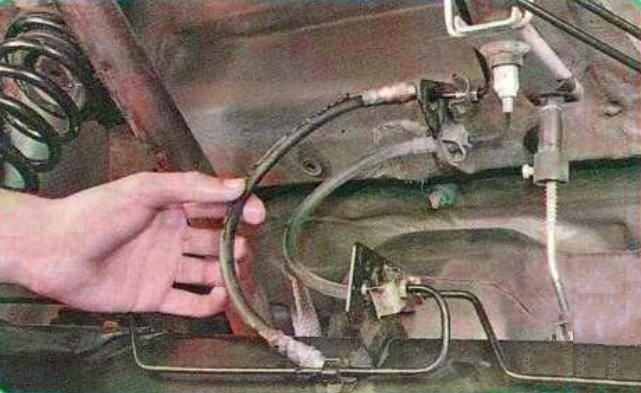 In the same way, we replace the brake hose of the second rear brake mechanism 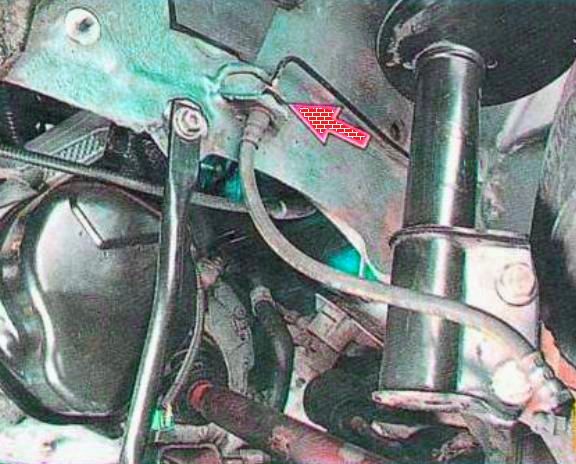 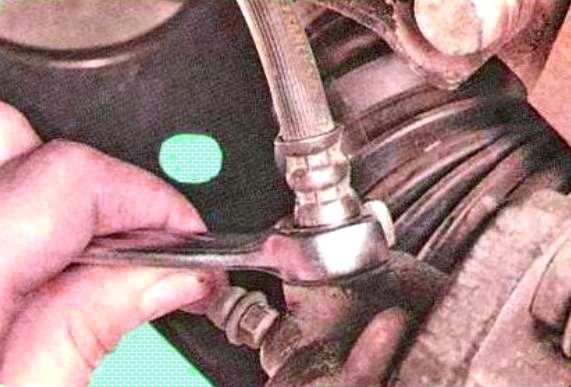 Unscrew the lower tip of the hose from the working cylinder of the brake mechanism of the front wheel and remove the hose.

After replacing the hoses, we remove the air from the brake system, as described in the article "Replacing brake fluid and pumping Renault Sandero brakes"

All tube nuts are made turnkey on 11.

Therefore, we will show the replacement of the tube using the example of the tube connecting the brake hose to the working cylinder of the rear wheel brake mechanism. 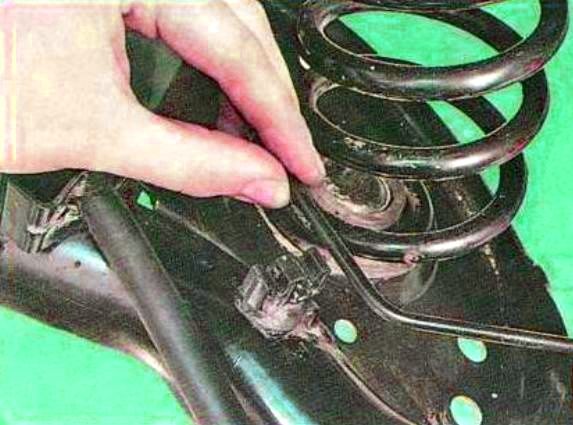 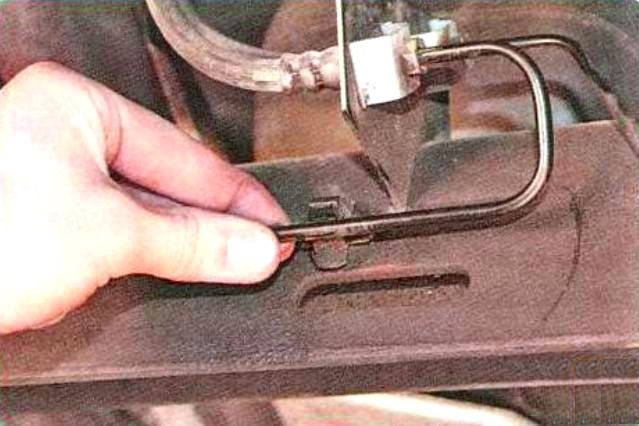 We remove the tube from the holder on the lever

and the holder on the rear suspension beam 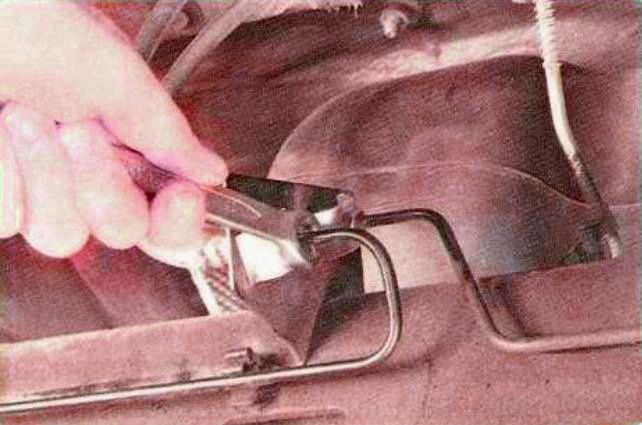 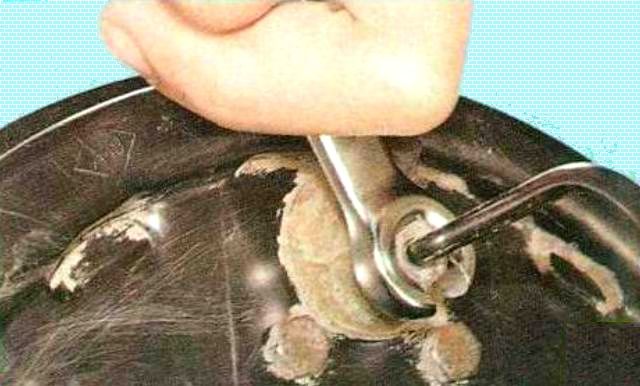 We install the tube in reverse order.

After replacing the tube, we pump the brake system. 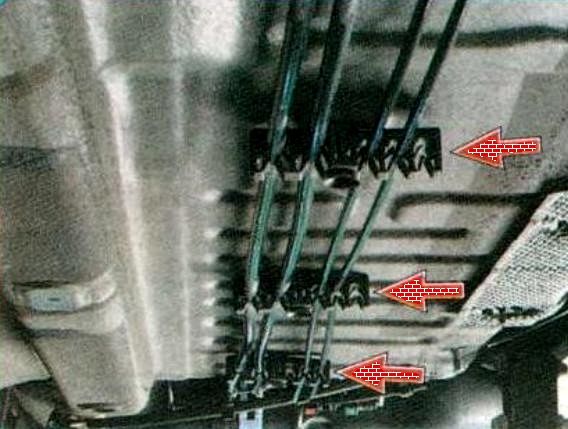 The brake tubes located on the body are changed in the same way, after removing them from the holders on the base.