If you decide to disassemble the starter and determine its future fate, then proceed as follows

We remove the starter, as described in the previous article Removing and checking the starter of a Hyundai Solaris car 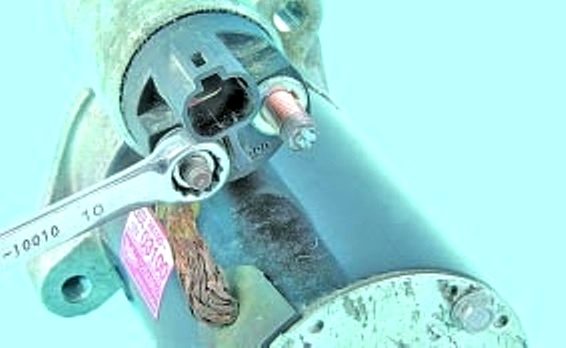 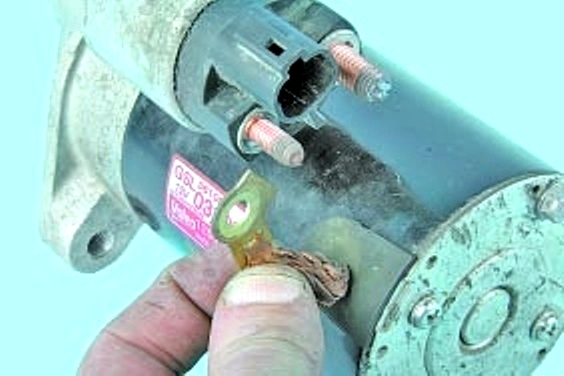 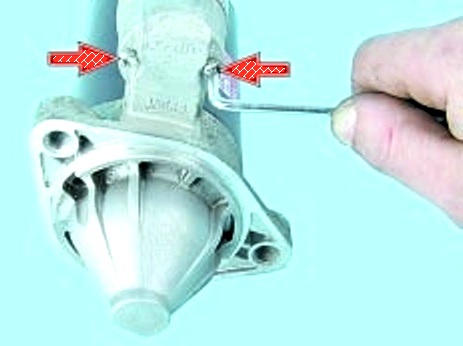 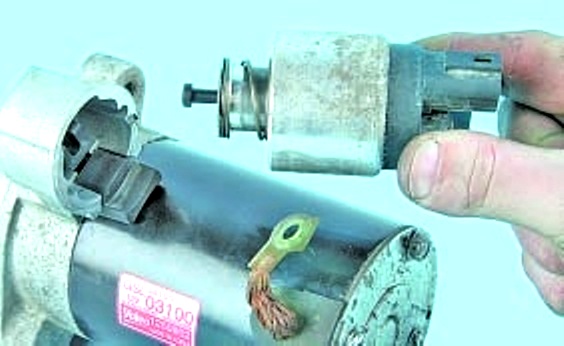 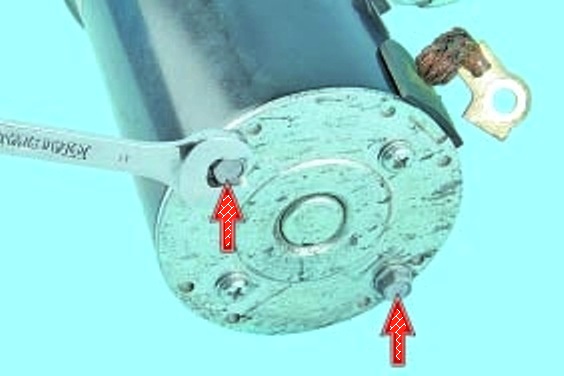 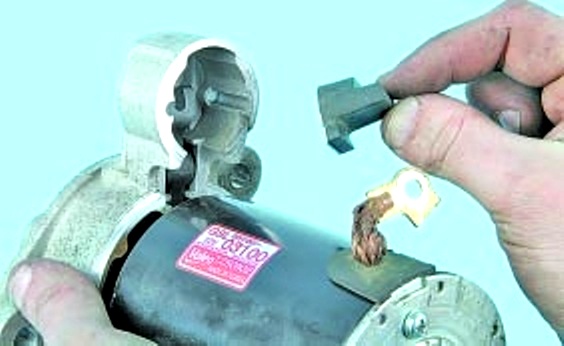 Remove the freewheel drive lever support from the cover 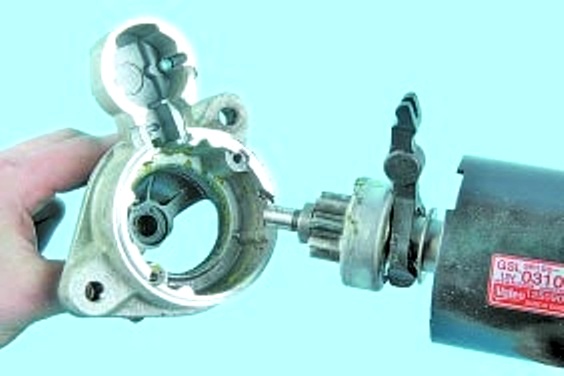 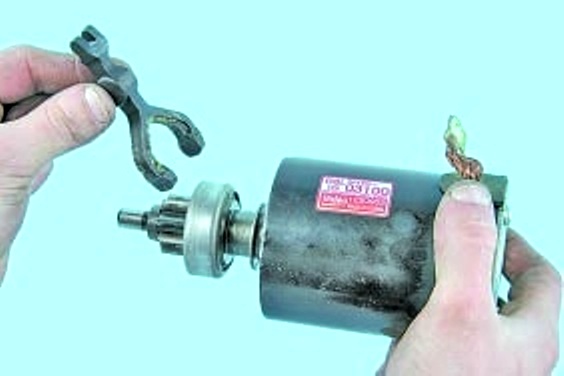 Disconnecting the stator and front cover 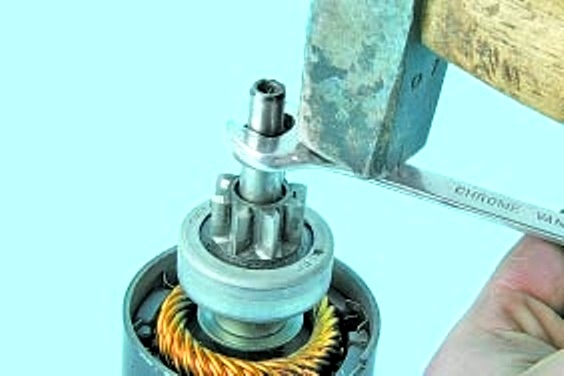 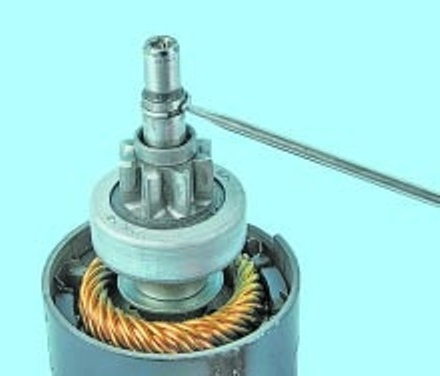 Move the restrictive ring along the rotor shaft

Pry off the retaining ring 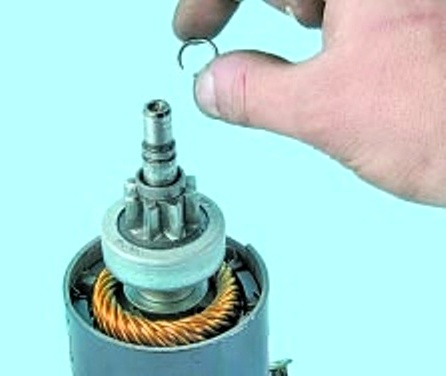 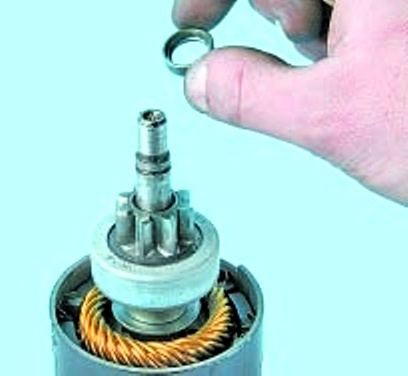 Remove the ring from the rotor shaft

Remove the restrictive ring from the rotor shaft 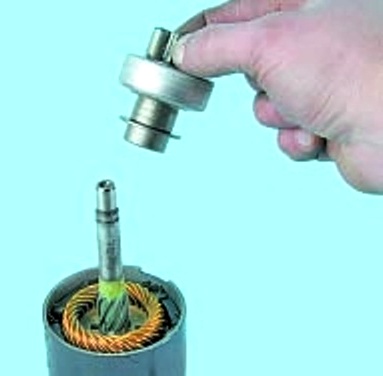 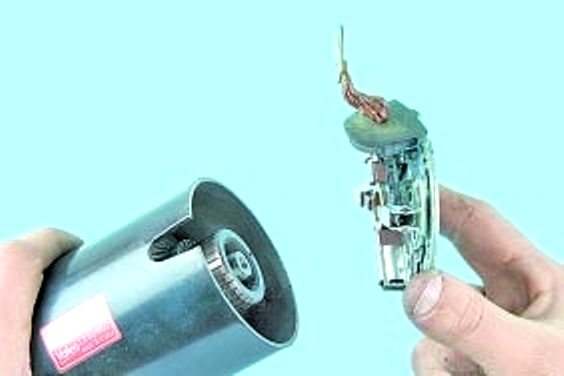 Remove the brush assembly with the back cover 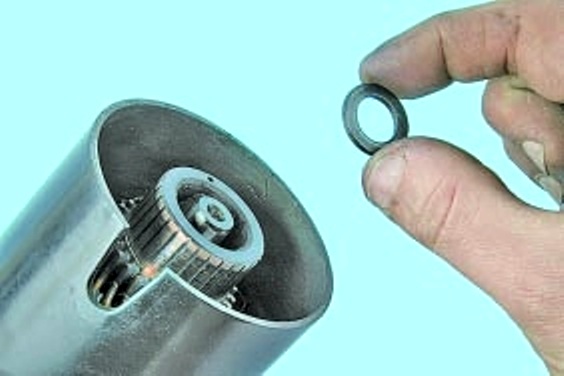 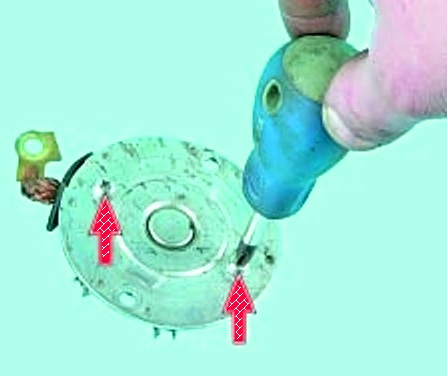 Remove the distance ring from the rotor shaft 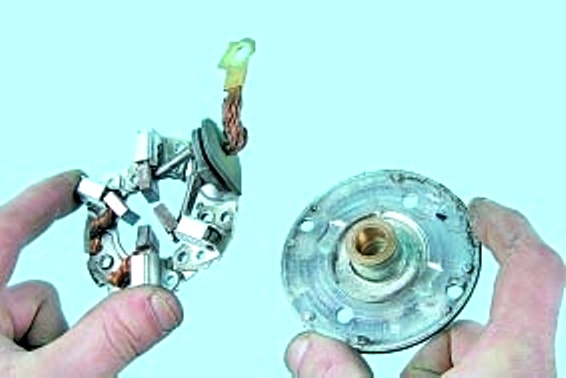 Remove the back cover from the brush assembly

If necessary, disconnect the power tire with brushes

Remove the rotor from the stator

Inspecting the back cover

If the sleeve and cover are worn out, then we replace the cover and sleeve assembly 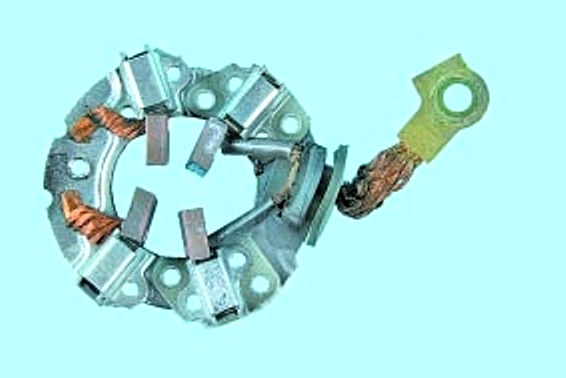 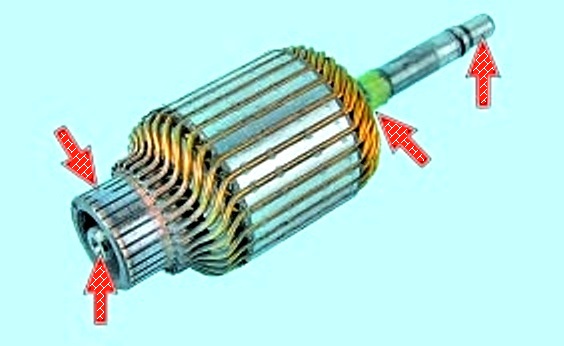 Checking the height of the brushes in the brush holder. If their height is 7 mm or less, replace the brush assembly with a new one

The rotor manifold must not show signs of burning. If not a strong burn, then wipe it with a cloth soaked in gasoline and fine sandpaper 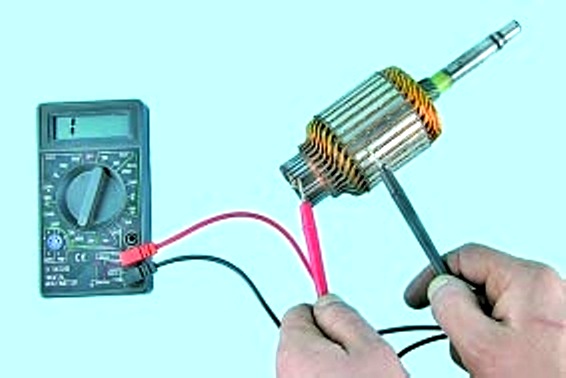 Check each rotor winding for a short circuit with an ohmmeter

Resistance should go to infinity 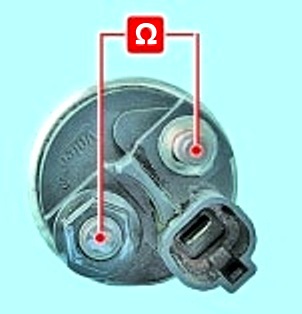 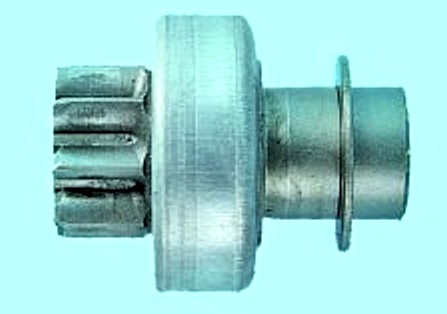 The gear teeth should not be heavily worn. The gear should rotate easily relative to the clutch hub in the direction of rotation of the rotor and should not rotate in the opposite direction

If the gear teeth are worn out or the gear rotates in both directions, replace the clutch

The freewheel drive lever must not have cracks and significant wear

Assemble the starter in reverse order

To install the restrictive ring, you can use sliding pliers

When installing the brush assembly, we separate the brushes and fix them with a socket head at 24 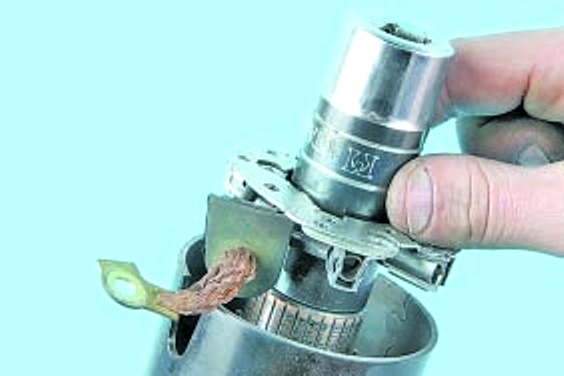 Before installing the traction relay, apply a thin layer of sealant to the surface of the relay in contact with the starter cover.

After assembling the starter, we check its operation, as described in the previous article