On a vehicle with a 1.6L engine, the fuel filter is installed in the fuel module.

And in the configuration of a car with an F4R 2.0 l engine, an additional fuel filter is also installed.

An additional fuel filter is installed in the engine compartment near the right power plant support.

According to the maintenance schedule, it is necessary to change the additional fuel filter after 120 thousand km.

Of course, this figure depends on the quality of the fuel poured into the car.

Preparing the car for the task.

We reduce the fuel pressure in the engine power system, for this: 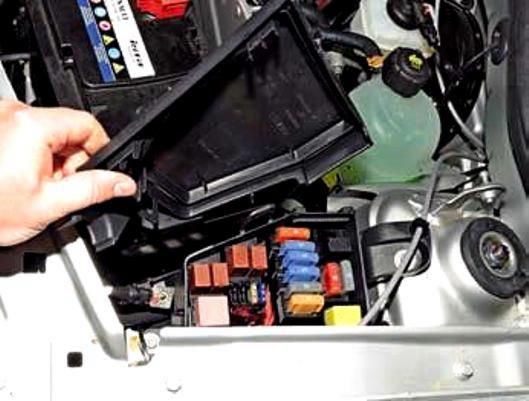 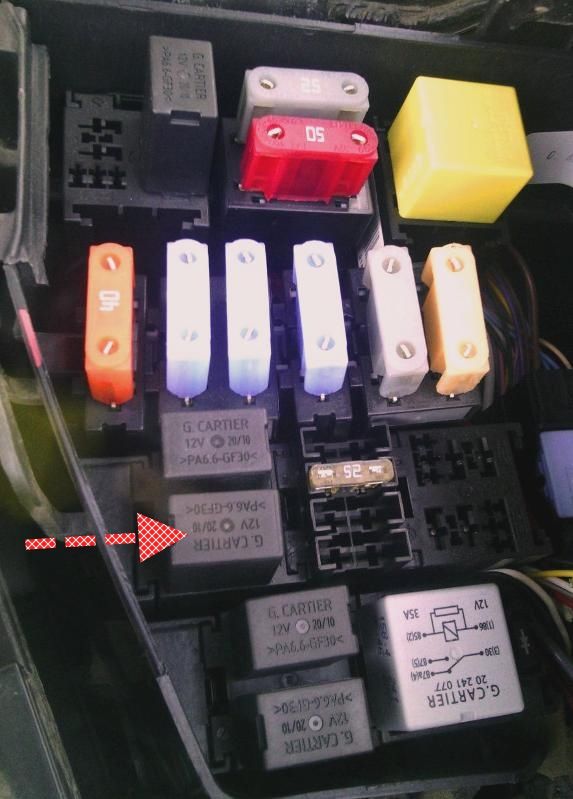 Opening the cover of the engine compartment mounting block

We connect the negative terminal of the battery and start the engine, let the engine run until it stops.

Turn off the ignition.

Engine stalled as a result of running out of fuel and depressurizing. 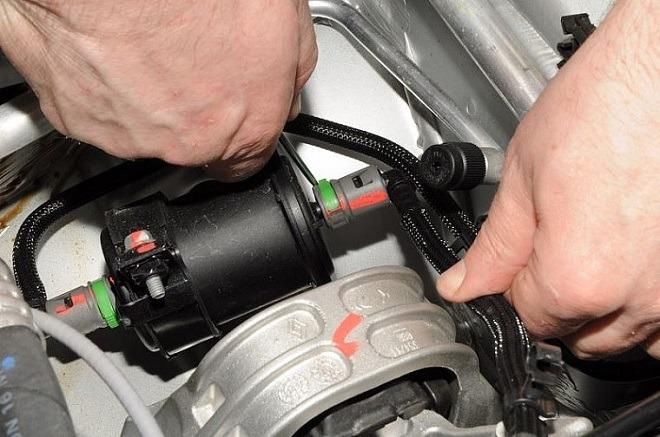 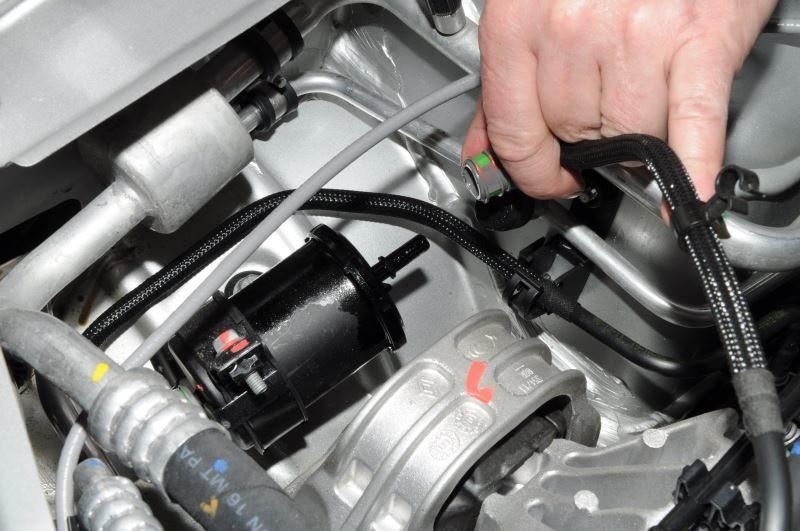 Press a screwdriver on the tube tip lock

Remove the tip of the outlet tube from the filter fitting 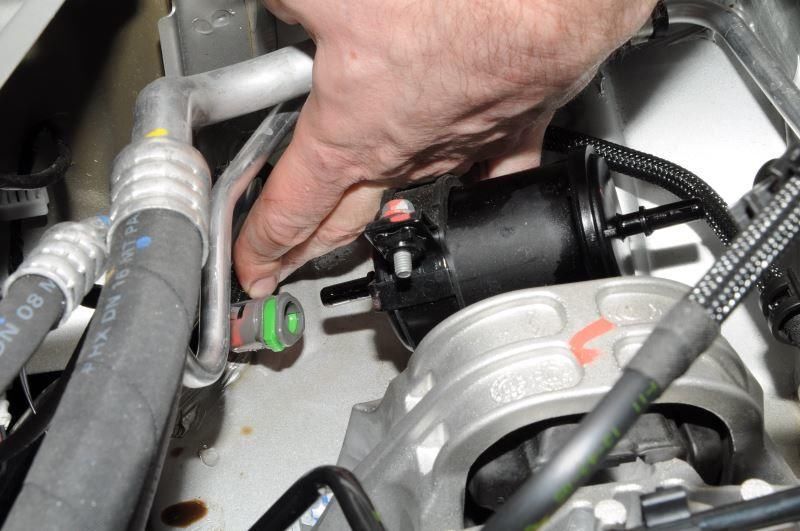 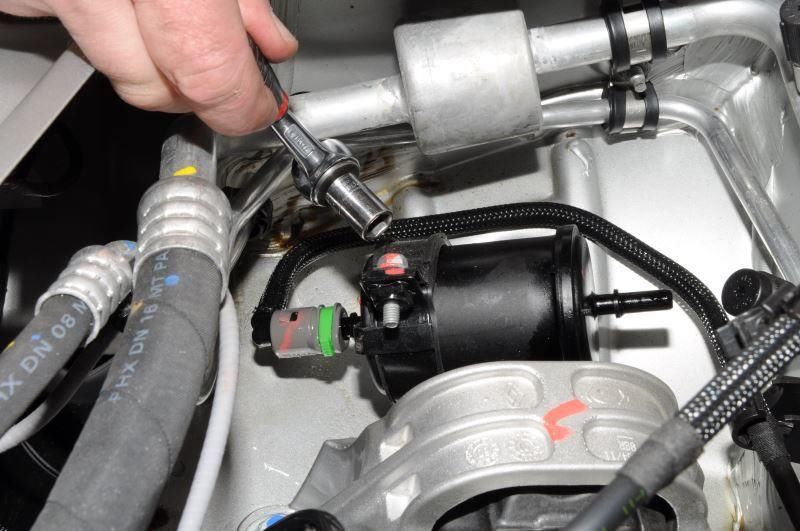 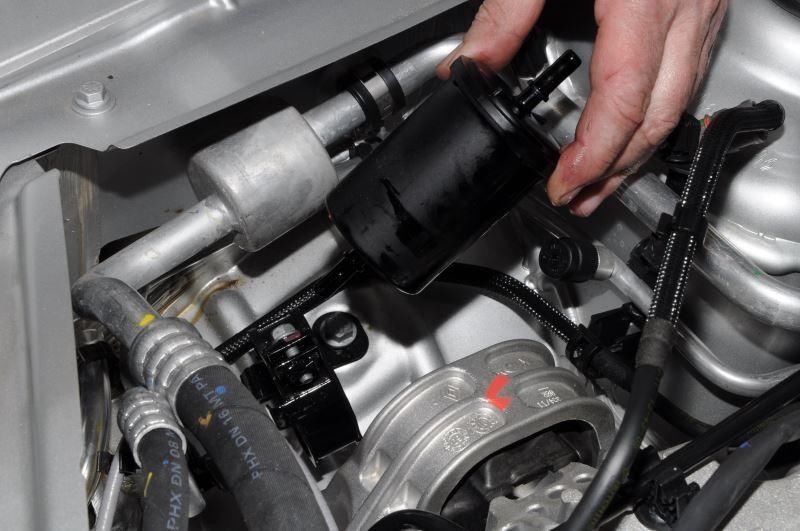 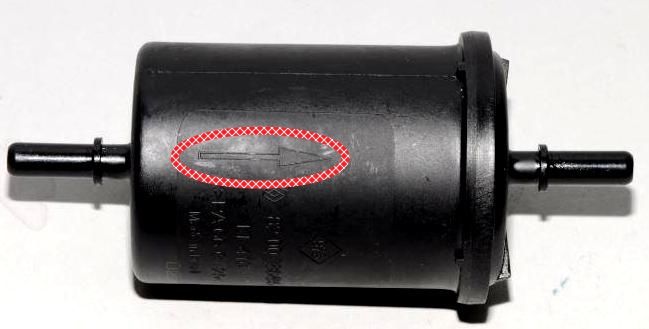 Remove the filter from the yoke

The arrow on the filter should point in the direction of fuel flow (toward the rear of the vehicle).

Installing a new filter. We start the engine and check the tightness of the filter connections with the fuel pipes.