The engine is equipped with an electronic fuel supply system 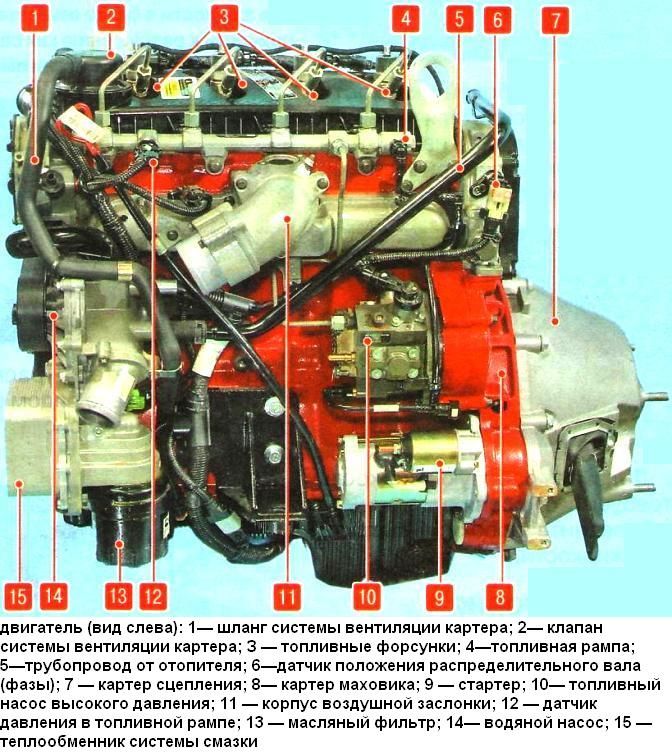 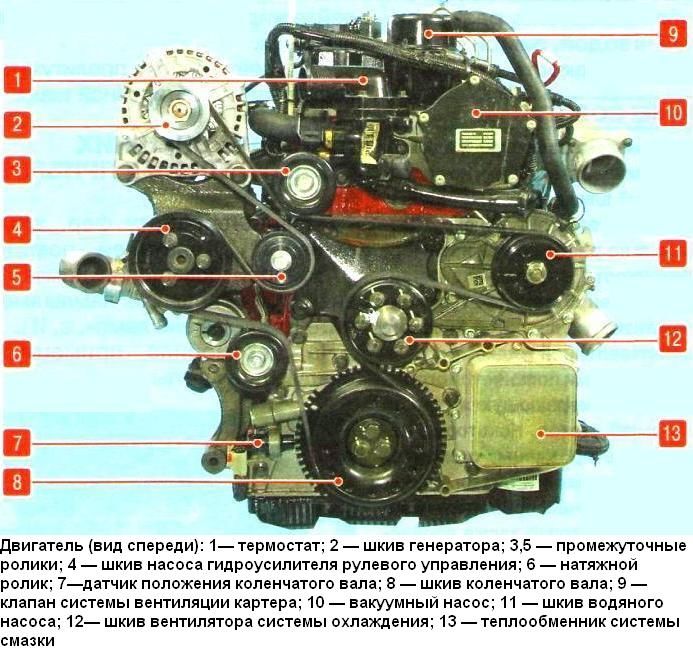 Figure 1 shows a left side view of the engine.

Figure 2 shows a front view of the engine.

The cylinder block is made of gray cast iron.

The cylinders are bored in the block itself.

Channels for coolant are bored between the cylinders. 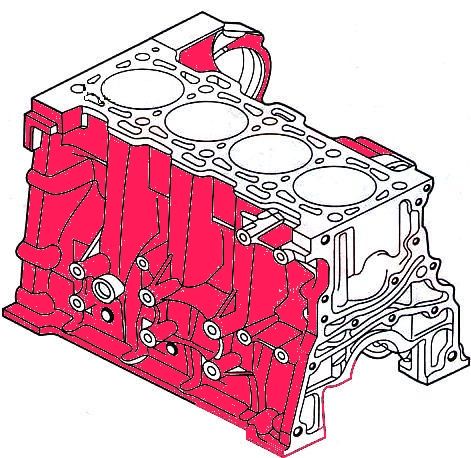 The cylinder block has bosses and holes for fastening parts and assemblies. 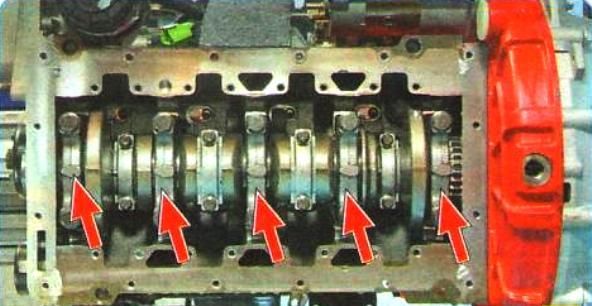 In the lower part of the cylinder block, five main bearing supports are made.

The main bearing caps are attached to the block with two bolts each.

The covers are processed together with the block, they cannot be changed.

The cover of the fourth bearing is processed for the installation of liners with collars to limit the axial movement of the crankshaft. Serial numbers are stamped on each cover.

An oil pump is attached to the front end of the block.

The oil pump housing is made of aluminum alloy.

The front crankshaft oil seal is pressed into the oil pump housing.

A flywheel housing 8 is attached to the rear end of the block, Figure 1, to which the clutch housing is attached. 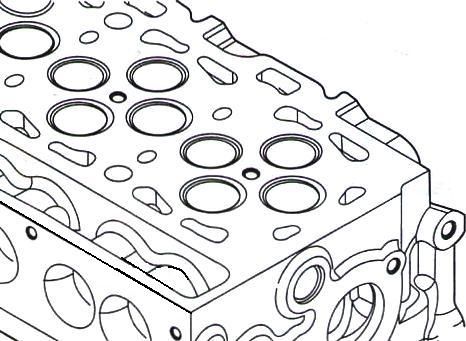 A metal-reinforced, non-shrinking gasket is installed between the cylinder block and the head.

The head is fitted with inlet and outlet valves made of heat-resistant steel.

The valve stems are chrome-plated.

The valves are equipped with one spring and are fixed through the plate with two crackers.

The springs are made of transformer steel. 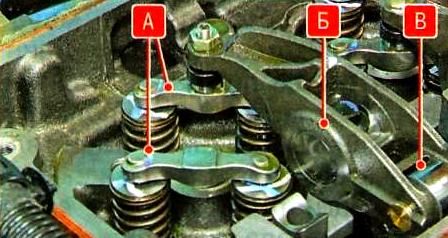 The valve drive is carried out from the camshaft located in the cylinder head through rocker arms "B" with roller bearings "B" and two-armed pushers "A", each of which simultaneously rests on the rods of two valves (the front rocker is removed in the picture).

The rocker arms are bolted to the block head.

The clearances in the valve drive are adjusted using bolts and locknuts screwed into the rocker arm. Valve seats are fitted in the cylinder head with interference.

There are no combustion chambers in the lower part of the head, since they are made in the piston crowns.

The top of the cylinder head is closed with a plastic cover. 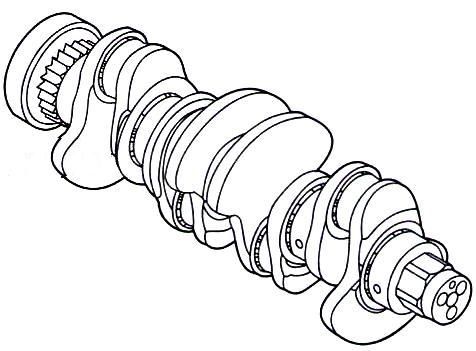 The crankshaft is steel five-bearing, rotates in main bearings with thin-walled steel liners with an anti-friction layer. 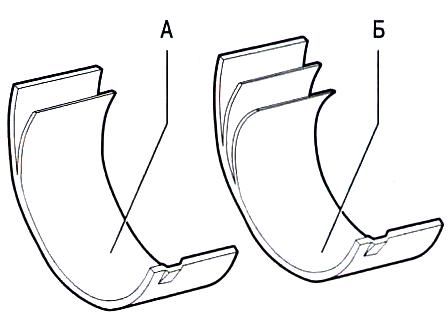 The lower inserts "A" are bimetallic, and the upper "B" are trimetallic.

Only the upper bushings have oil drain holes. 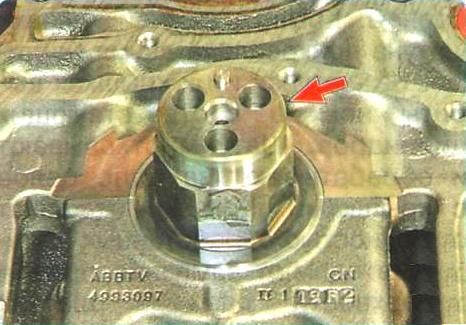 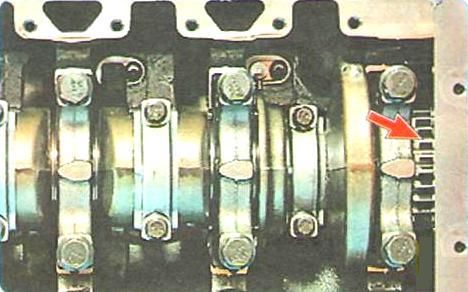 On the front toe of the crankshaft, a hexagon is made to drive the oil pump.

On the rear toe of the crankshaft, a gear is made to drive the fuel pump and camshaft.

The axial displacement of the crankshaft is fixed by the shoulders of the upper shell of the fourth main bearing.

The camshaft is made of cast iron and has five bearing journals, and two cams per cylinder.

The groove "A" on the rear camshaft journal is made for installing a thrust plate in it to fix the shaft against axial movement. 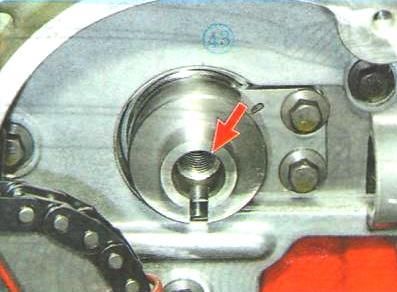 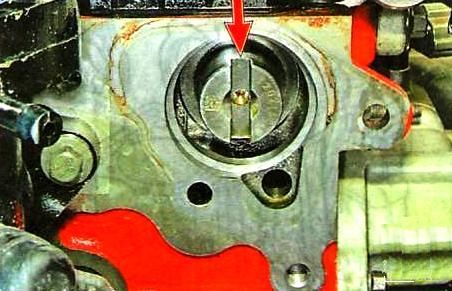 At the rear end of the camshaft, a shank with an internal thread is made to install the sprocket of its drive and the master disk of the phase sensor.

At the front end of the camshaft, a shank with a diametrical groove is made for driving a vacuum pump. 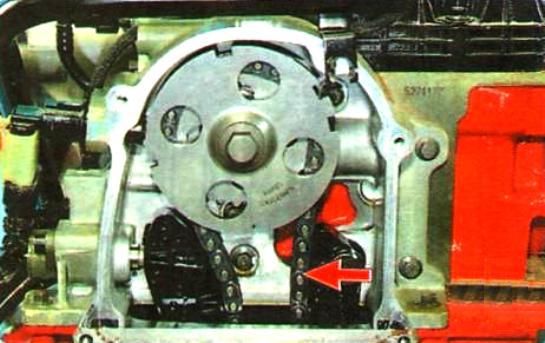 The shaft rotates with the help of a single-row roller chain, which is put on the rim "A" of the intermediate gear "B", driven from the toothed rim on the crankshaft "B" 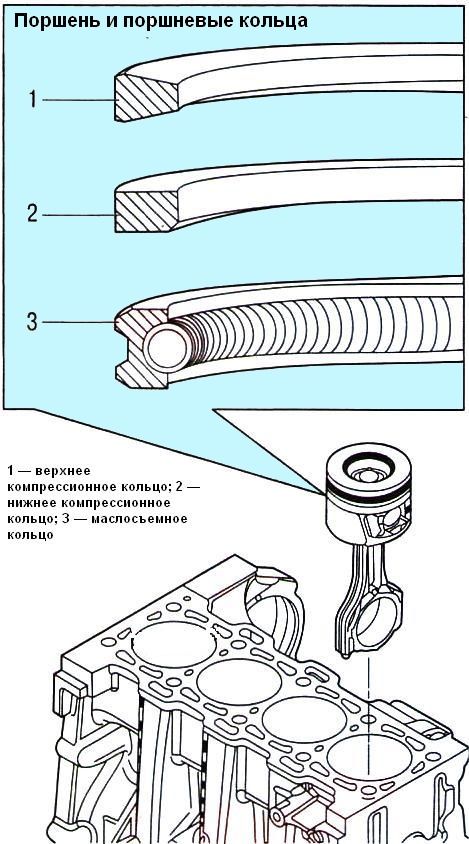 The pistons are made of aluminum alloy.

A combustion chamber is made in the piston crowns.

To correctly install the piston in the cylinder, an arrow is marked on the upper surface.

Install the piston so that the arrow points towards the front of the engine.

There are three rings on the pistons.

The upper ring is trapezoidal.

The second compression ring has a groove.

The ring must be installed with this groove down.

The oil scraper ring consists of a cast ring and an expander.

The piston is attached to the connecting rod with a floating piston pin.

The pin is held against axial movement by circlips in the piston bosses. 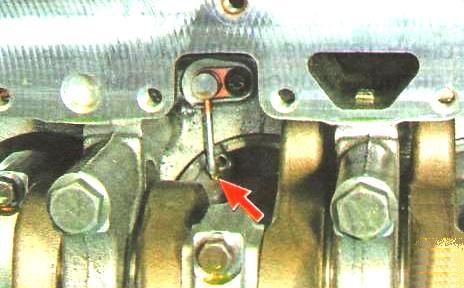 To cool the pistons, nozzles are installed on the bottom of the cylinder block, which are connected to the oil line.

Oil is sprayed from the nozzles onto the piston skirts.

A tin bronze bushing is pressed into the upper head of the connecting rod.

The connecting rod cover is secured with two bolts.

Cylinder numbers are stamped on the connecting rod caps. 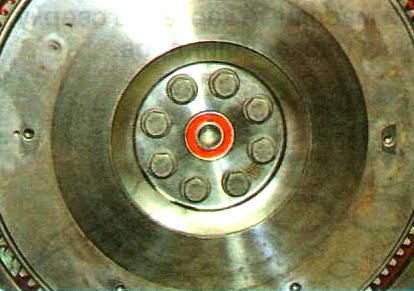 Attaches to the crankshaft with eight bolts. In the central part, the support bearing of the input shaft of the gearbox is pressed in.

The engine lubrication system is combined: the most loaded parts are lubricated under pressure, and the rest are lubricated either by directed splashing, or by splashing oil flowing out of the gaps between the mating parts.

The pressure in the lubrication system is generated by an oil pump installed in the front cover of the cylinder block and driven from the front end of the crankshaft.

The oil supply channels to the main bearings of the crankshaft depart from the main line.

In the beds of the main bearings, nozzles are installed through which oil is sprayed onto the cylinder walls and piston crowns.

Oil is supplied to the connecting rod bearings through channels made in the crankshaft body.

From the main oil line, there is an oil supply channel to the camshaft bearings.

Part of the oil is diverted through a hose to the turbocharger and then returned back to the crankcase.

Excess oil is drained from the block head to the oil sump through the drain channels.

The open crankcase ventilation system communicates directly with the atmosphere through a valve that prevents road dust and dirt from being sucked into the engine in some operating modes when a vacuum is created in the crankcase.

The cooling system is sealed, with an expansion tank, and consists of a cooling jacket made in casting and surrounding the cylinders in the block, the combustion chambers and gas channels in the cylinder head.

Forced circulation of the coolant is provided by a centrifugal water pump driven by the crankshaft with a poly-V-belt that simultaneously drives the generator, the power steering pump and the radiator fan support pulley.

To maintain a normal operating temperature of the coolant, a thermostat is installed in the cooling system, which closes the large circle of the system when the engine is cold and the coolant temperature is low.

In addition, the radiator fan of the cooling system is equipped with a fluid-friction clutch, which turns on the fan when the maximum permissible coolant temperature is reached.

On cars with GAZelle NEXT with a Cummins ISF2.8 diesel engine, a Common Rail fuel injection system is installed.

- fuel supply, including a fuel tank with a fuel intake, a fuel filter with a manual fuel priming pump, a high-pressure fuel pump, a rail, injectors, fuel lines;

- air supply, which consists of an air filter, a turbocharger, a charge air cooler, an intake pipe.

The exhaust system is designed to remove exhaust gases from the engine cylinders and reduce the noise level during operation.

The power unit (engine with gearbox) is mounted on three bearings with elastic rubber elements.