Replacing the bearing of the front wheel hub GAZelle Next

A double-row roller bearing is installed in the hub, which does not require adjustment and lubrication during operation.

When the hub is pressed out of the bearing, it is destroyed. Therefore, we remove it only for replacement.

Replace bearings at the same time on two hubs.

We prepare the car for the job.

We put shoes under the rear wheels.

We hang out the front of the car and remove the corresponding wheel. 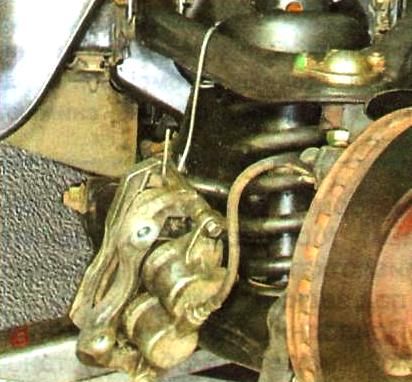 We unscrew the two bolts securing the front brake caliper

Using a hex wrench, unscrew the five bolts securing the bearing housing to the steering knuckle

The bearing housing to the steering knuckle bolts are torqued and secured with an anaerobic thread lock.

Therefore, use only high quality tools to remove them.

If the key turns in the head of the bolt, then it will be impossible to unscrew the bolt. It is best to tap these bolts. 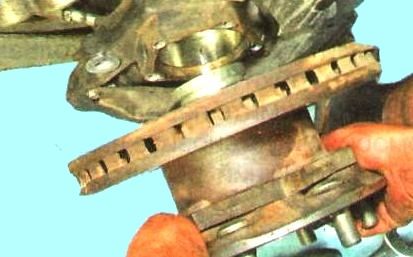 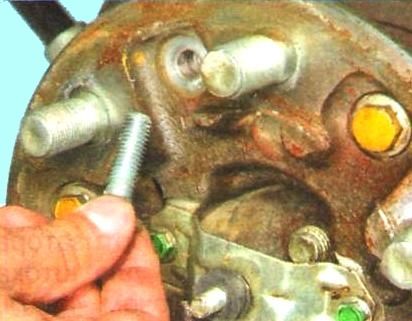 Remove the hub with the brake disc assembly

Unscrew the bolts securing the brake disc to the hub 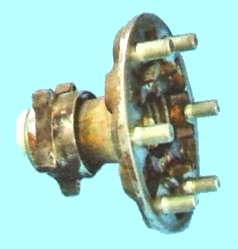 Remove the disc from the hub

We press out the hub from the inner ring of the bearing using a mandrel.

If the outer part of the bearing inner ring remains on the hub, press it with a puller 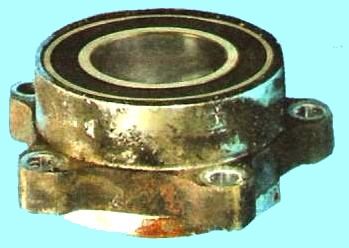 Press the hub into the new bearing with a press using a mandrel until it stops, applying force only to the inner ring of the bearing.

Do not hammer the hub into the bearing - it may collapse.

Install the pressure ring (on a car with ABS - the wheel speed sensor master disk) and tighten the tightening bolt to a torque of 280 - 320 Nm.

When tightening the bolt, the hub must be rotated relative to the bearing.

Install the brake disc on the hub. 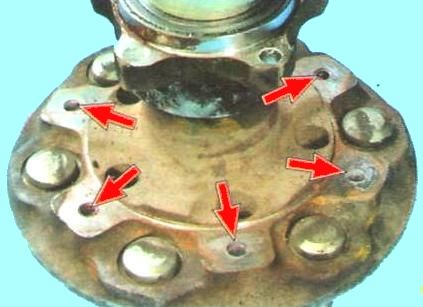 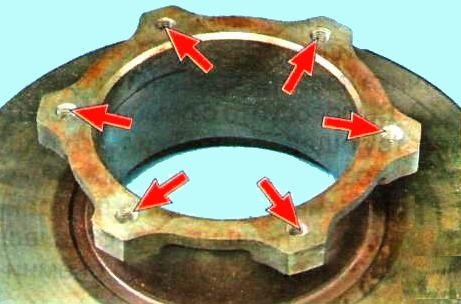 Before installing the brake disc, thoroughly clean the mating surfaces of the hub from rust and scale.

We also clean the disc from rust and scale.

Since even the smallest particle of dirt trapped between the mating surfaces will cause the disc to run out and vibrate during braking.

Install the hub in reverse order 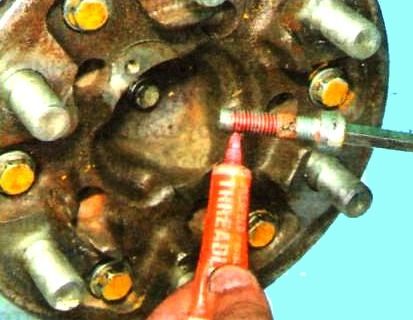 Apply an anaerobic thread lock to the threads of the bolts.