The car held by the parking brake (handbrake) must be on a slope of 25% when the handbrake lever is moved 5-7 clicks of the ratchet device.

When repairing the brakes of the rear wheels and when replacing parts of the handbrake, you need to adjust the tension of the cables, for this: 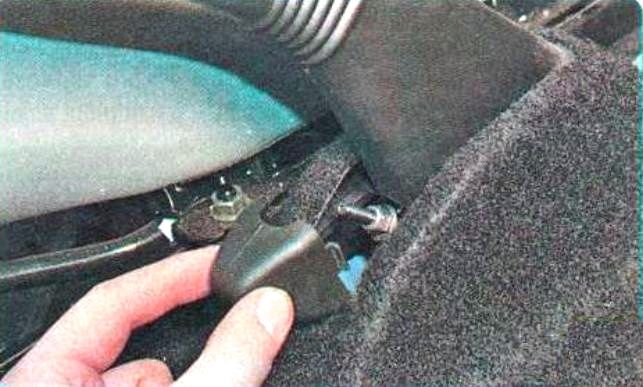 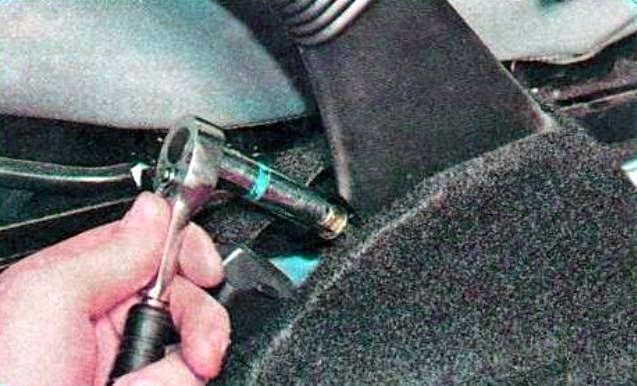 - we fold forward the plug installed on the lever facing;

- by unscrewing or tightening the adjusting nut, we make sure that the lever stroke is five to seven clicks. After that, we raise and lower the parking brake lever several times.

We jack up the back of the car and turn the rear wheels by hand. They should rotate evenly, without jerks.

If the handbrake cables are very stretched or stick in the sheath, you need to replace them.

Preparing the car for work 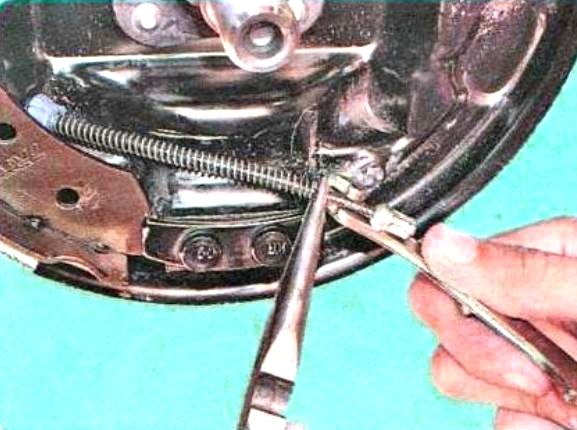 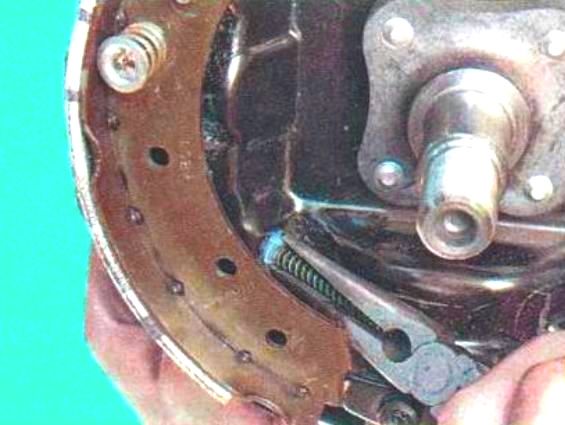 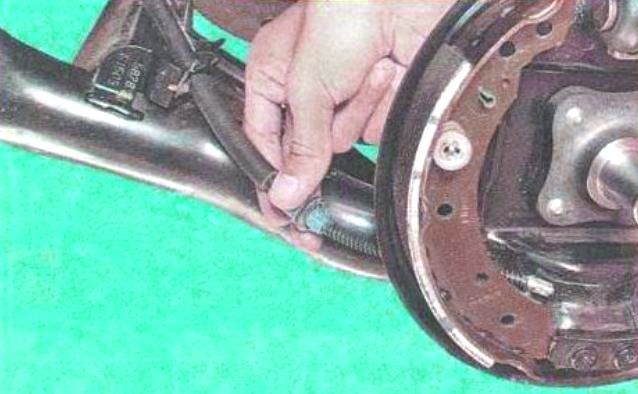 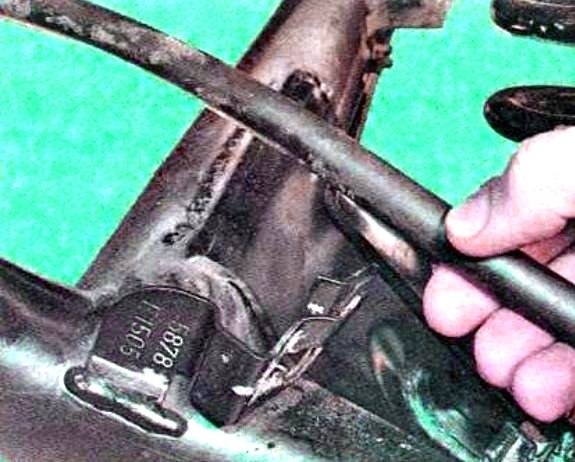 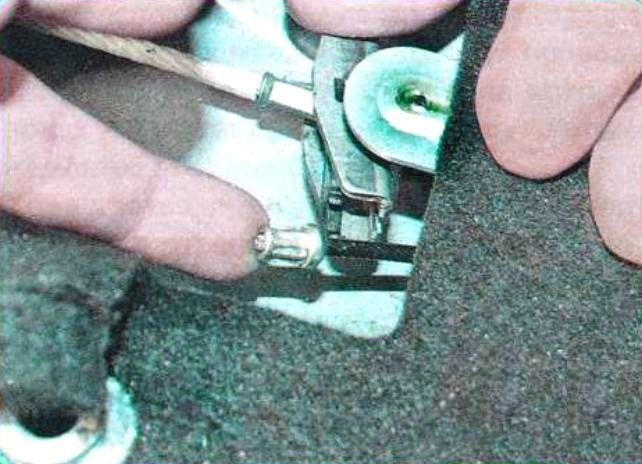 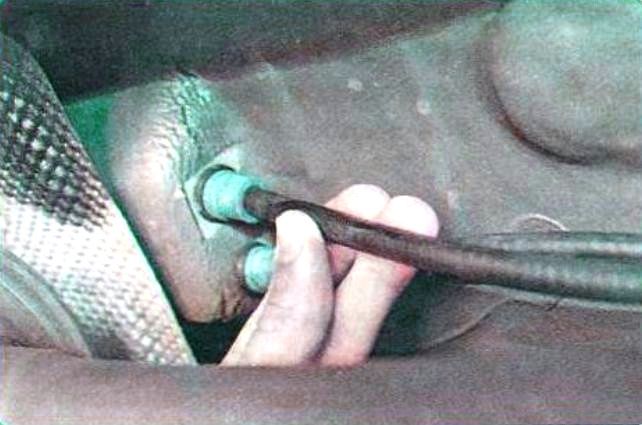 From below, we pull the cable out of the hole in the base of the body and remove it from the car

Install the cable in reverse order.

If the cable does not move well in the sheath, then you can lubricate it with engine or transmission oil.

To replace the front handbrake cable, we completely loosen the cable tension by unscrewing the drive adjusting nut to the end. 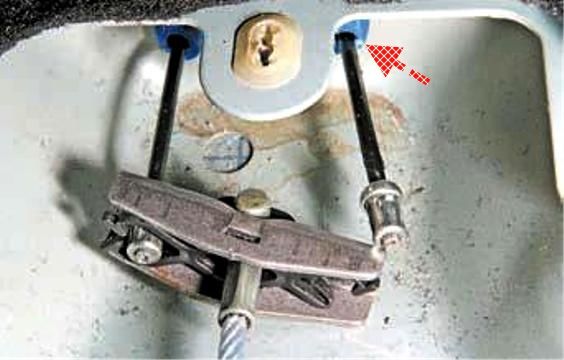 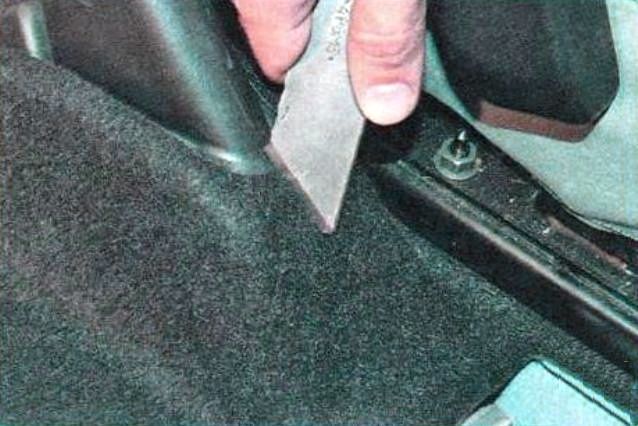 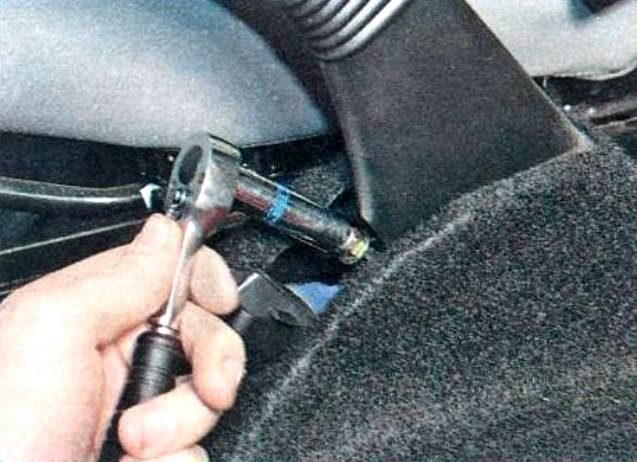 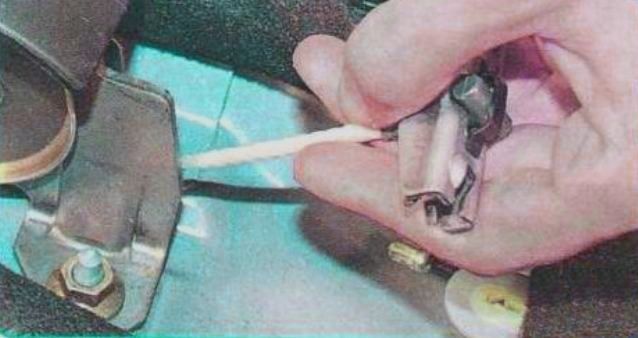 Having pulled the cable back from the groove of the handbrake lever sector, remove the cable assembly with the equalizer. 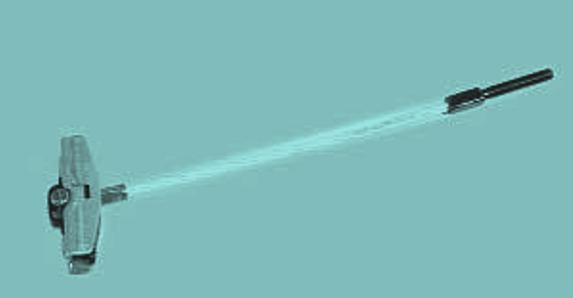 Install the front cable in reverse order and adjust the parking brake as described at the beginning of the article. Removing and installing the handbrake lever

The lever is not repairable. If the lever mechanism has deteriorated, then it needs to be changed.

Disconnect the negative terminal from the battery 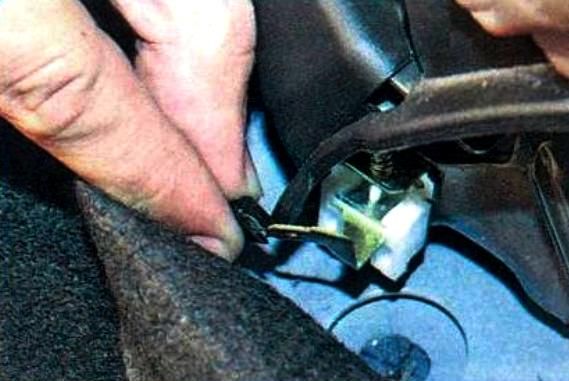 Weaken the tension of the drive cables and disconnect the tips of the rear cables from the equalizer, as described above 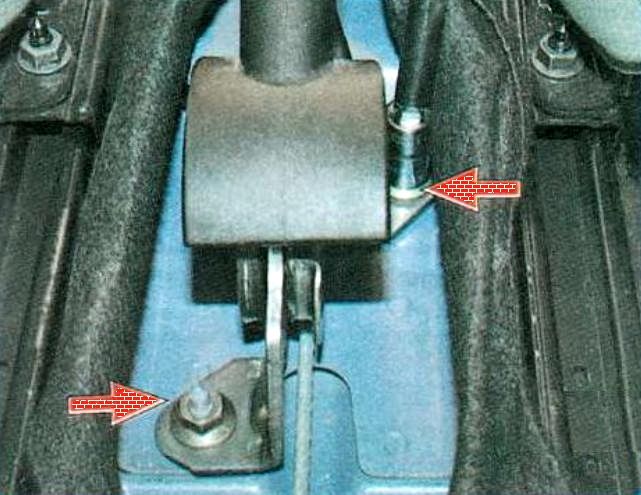 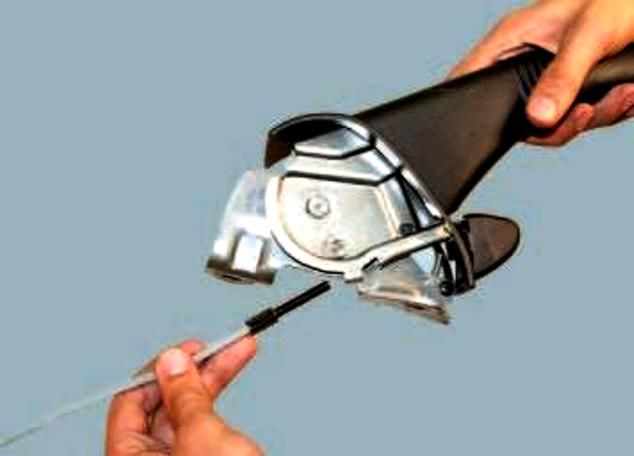 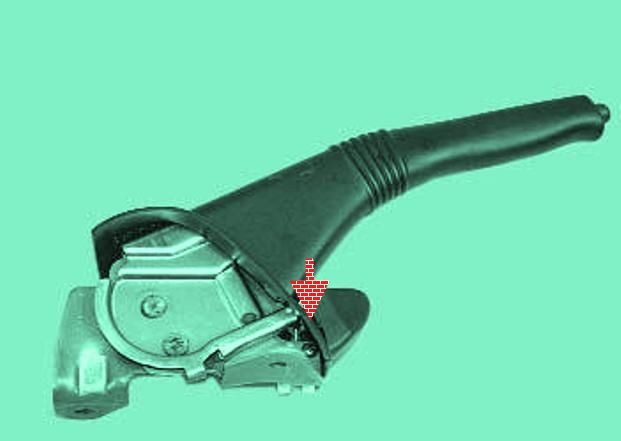 Before installing on the car, lubricate the gear sector of the lever and the thread of the tip of the front cable with grease

Install the handbrake lever in the reverse order and adjust the parking brake drive, as described at the beginning of the article.