Replacing elements of the rear suspension of a Renault Sandero car

We remove parts and elements of the rear suspension in case of wear or defects.

We install the car on a viewing ditch or a lift.

We turn on the first gear and set the stops under the front wheels.

Raise the rear of the car and set it on reliable stops.

It is impossible to install supports under the rear suspension beam, as the suspension must be unloaded.

Shock absorbers must be replaced in pairs.

It is impossible to remove both shock absorbers at once, with the rear of the car hung out, as lowering the rear suspension beam can damage the pipelines and brake hoses. 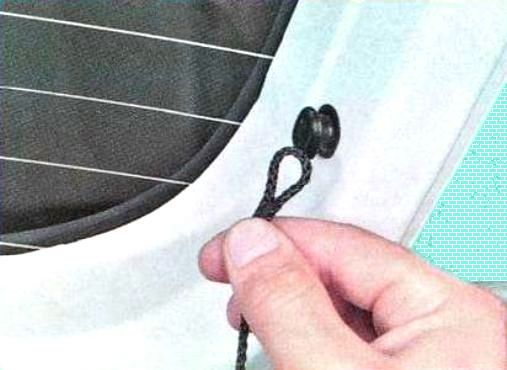 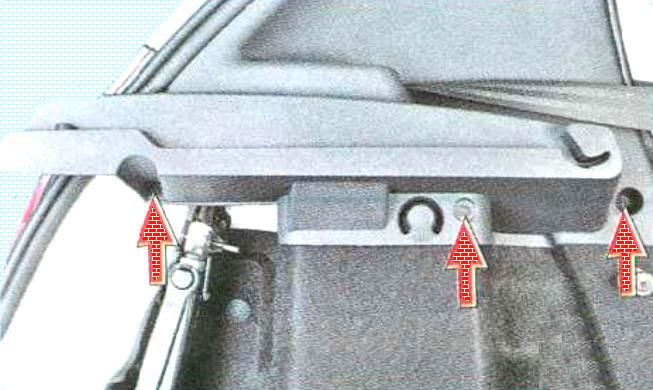 Reclining the back of the rear seat, unscrewing the three screws securing the lining 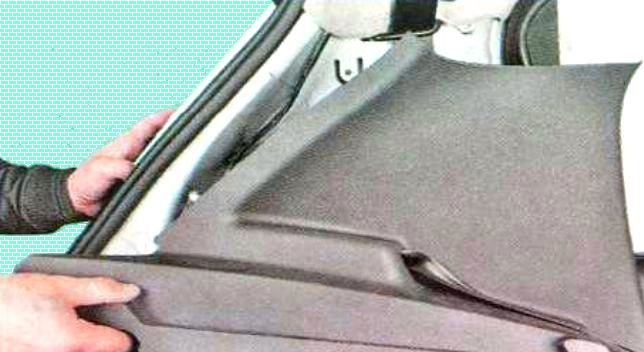 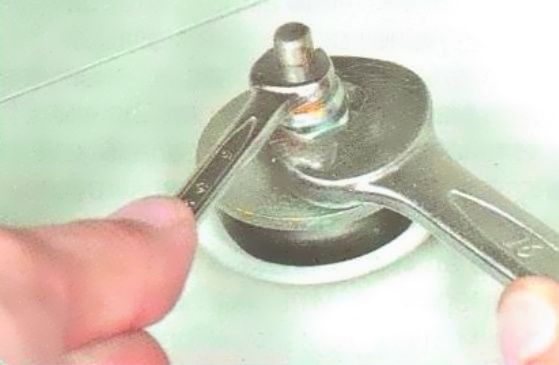 We unscrew the shock absorber rod nut, holding it from turning, and remove the washer and the upper rubber pad 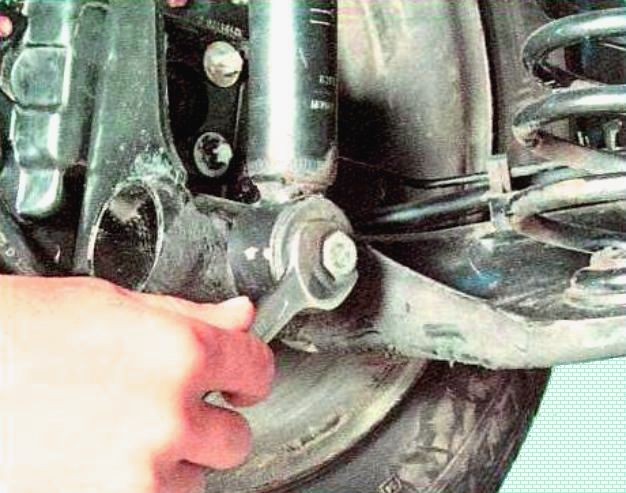 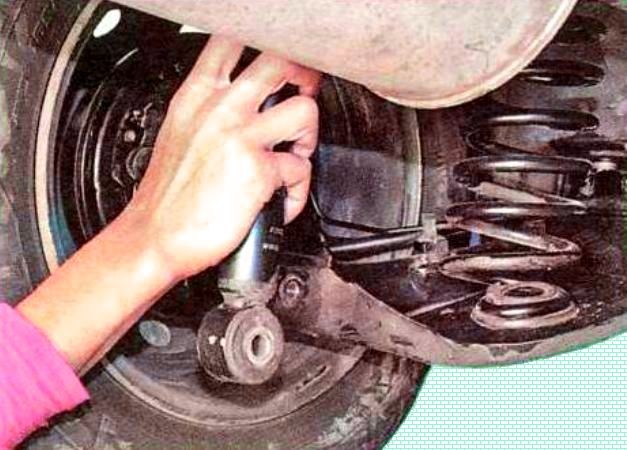 Remove the shock absorber from the car 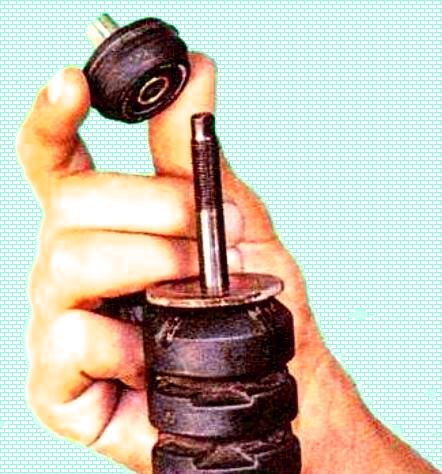 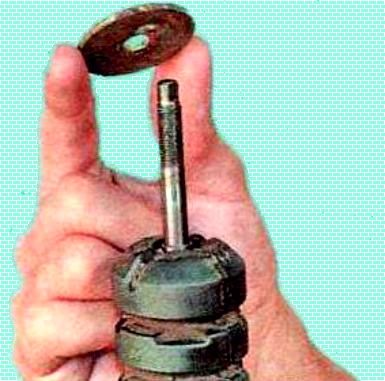 Remove the lower rubber cushion assembly with the spacer sleeve from the shock absorber rod.

Remove the spacer from the pillow 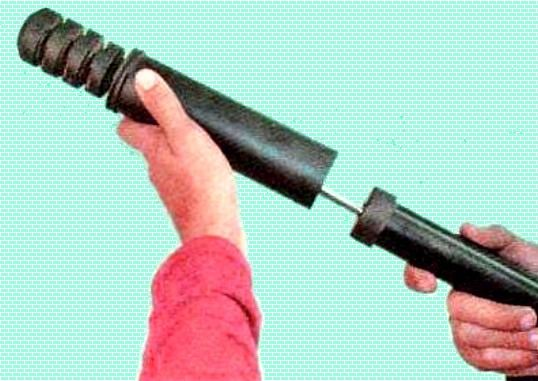 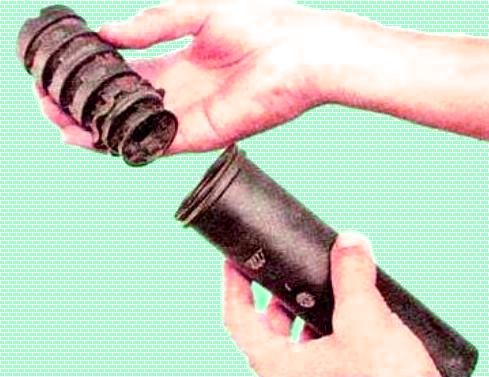 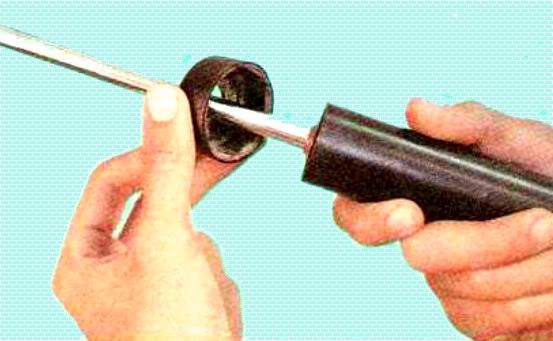 The rod must move without dips and jams. Otherwise, replace the shock absorber.

We finally tighten the upper shock nut and the bolt of the lower shock absorber fastening on the car standing on wheels.

After lowering the car, rock the car hard several times.

The reasons for replacing the rear suspension springs are:

- visible skew of the rear of the car or a significant difference in height between the front and rear;

- strongly pronounced traces of the collision of the coils of the spring. 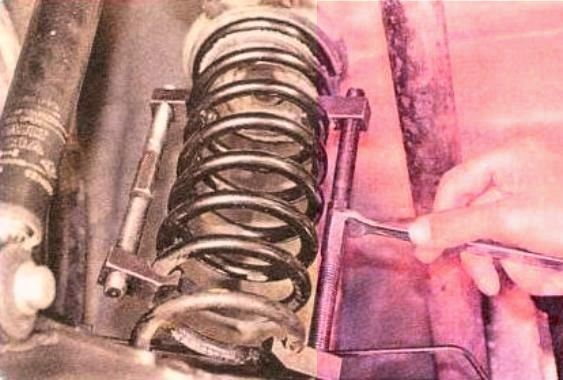 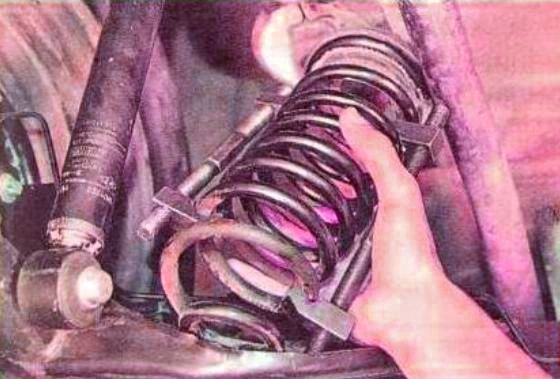 Install the spring compressor and compress the spring

Remove the spring assembly with the top gasket 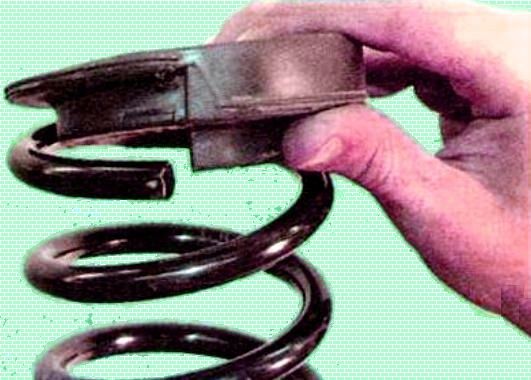 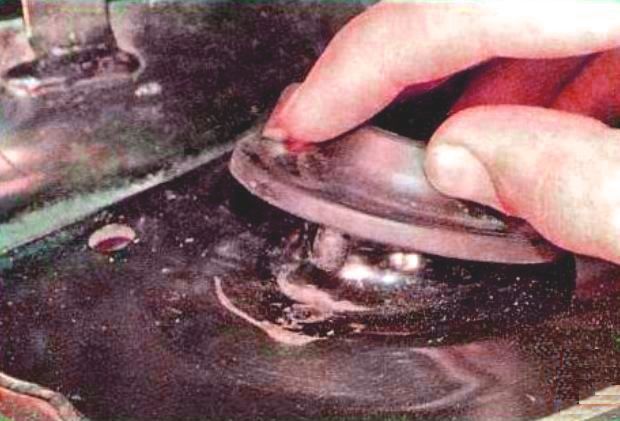 Remove the upper spacer from the spring

Install the spring in reverse order

If you have experience, you can replace silent blocks directly on the car, but it is more convenient to change them on the removed beam.

You will need a silent block remover or mandrel

We mark the location of the silent block in the lever. 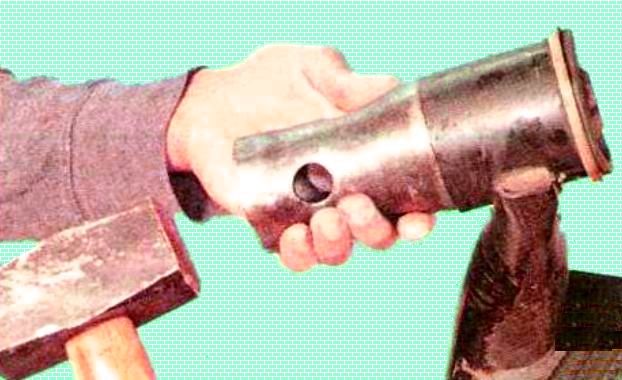 You can cut the silent block with a hacksaw to loosen its fit in the eye.

Remove the silent block from the beam eye

We clean the eye from rust and scale. We press the silent block, orienting it according to the marks. 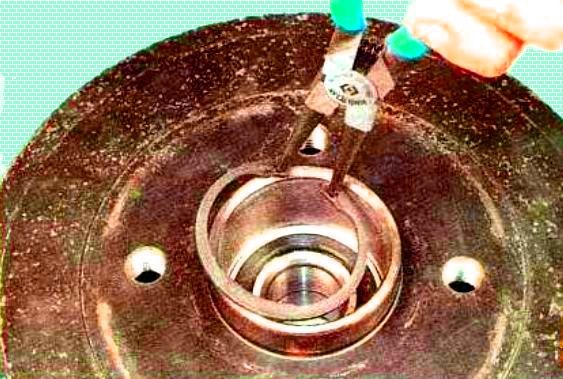 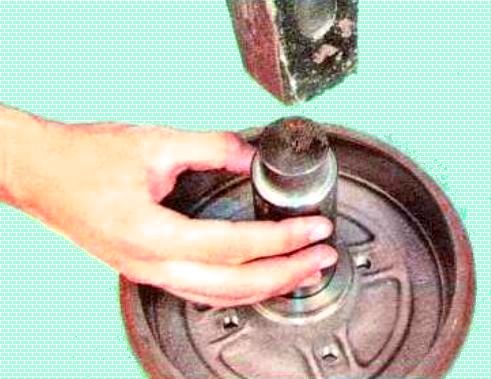 We press out the old bearing with a mandrel

Clean and inspect the inner cavity of the hub.

Lubricate the inner cavity of the hub with Litol-24 grease 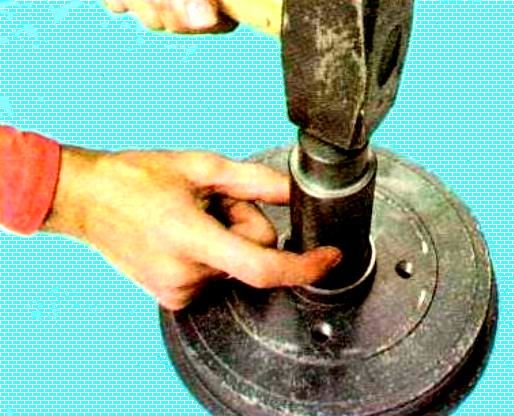 We press the new bearing into the hub with a mandrel

Install the parts in reverse order. We tighten the hub fastening nut with a torque of 175 Nm (17.5 kgf.m)

We remove the rear suspension beam on the lift.

If there is no lift, then we raise the rear part and install supports under the sockets for installing a jack on the car body.

Remove the brake pipes from the rear suspension beam 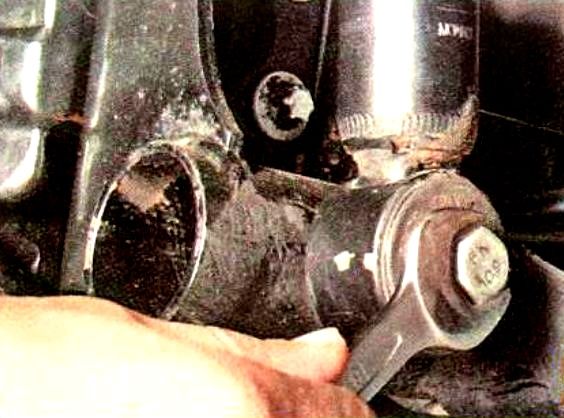 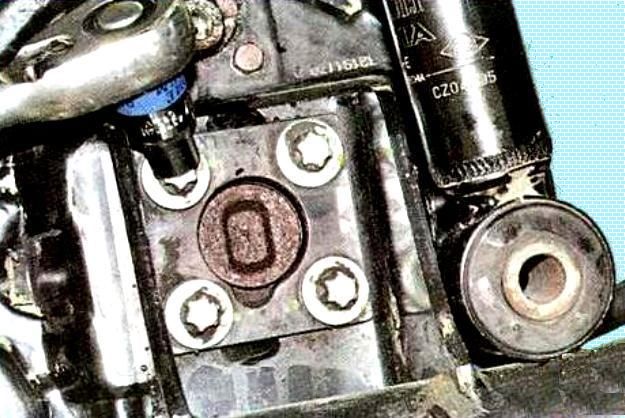 We unscrew four pin fastening nuts on both sides.

Remove the trunnions complete with brake mechanisms and parking brake cables, put them between the suspension beam and the bottom of the car, then lay them on the floor. 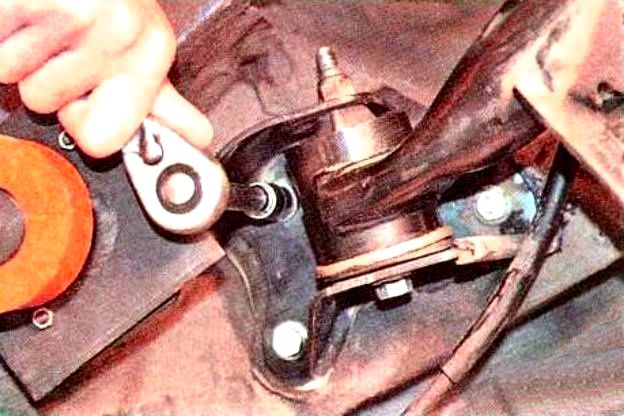 Remove the beam assembly with brackets.

We unscrew the nuts of the bolts securing the beam to the brackets, holding the bolts from turning with the second wrench, and remove the brackets.

Install the beam in reverse order.

After installing the beam, bleed the brake system and adjust the parking brake if necessary.

After repairing the front and rear suspension, check the wheel alignment.