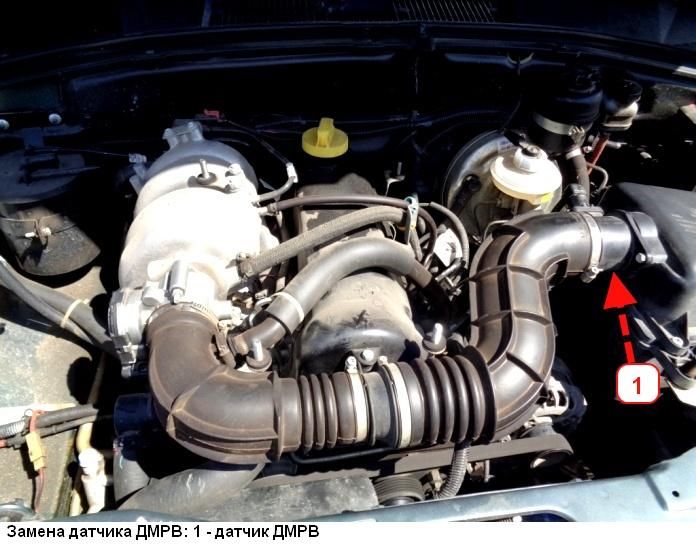 The sensor uses a thermoanemometric flow measurement method, which is based on the removal of heat by a moving air flow.

When a thermistor heated by a current (a thermoanemometer converter) is placed in a moving air medium, the heat drift by the air flow is the main factor affecting the heat transfer of the thermistor.

The resistance of the thermistor changes due to flow cooling, as a result of which the resistor acts as an air flow sensor.

When the mass air flow sensor or its circuits fail, the "CHECK ENGINE" lamp lights up.

In this case, the controller calculates the value of the mass air flow by the speed of rotation of the crankshaft and the position of the throttle valve.

The output signal of the DTV connected to the controller is a DC voltage in the range of 0.2 ...4.8 V, the value of which depends on the temperature of the air passing through the sensor.

In the event of a malfunction of the DTV circuit, the controller enters its code into its memory and turns on the alarm.

In this case, the controller replaces the sensor readings with a fixed air temperature value (20 °C). 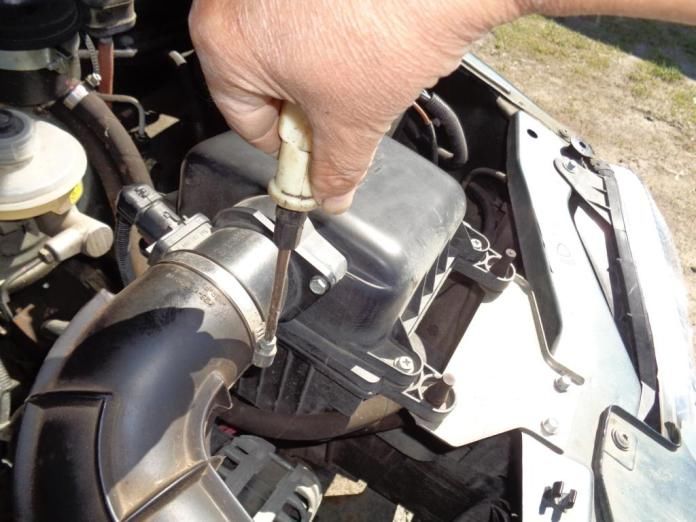 With a phillips screwdriver, we loosen the clamp of the air hose attachment to the mass air flow sensor 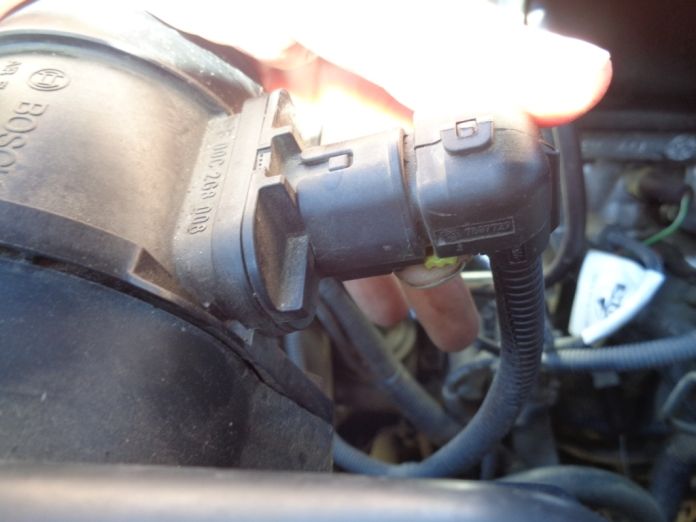 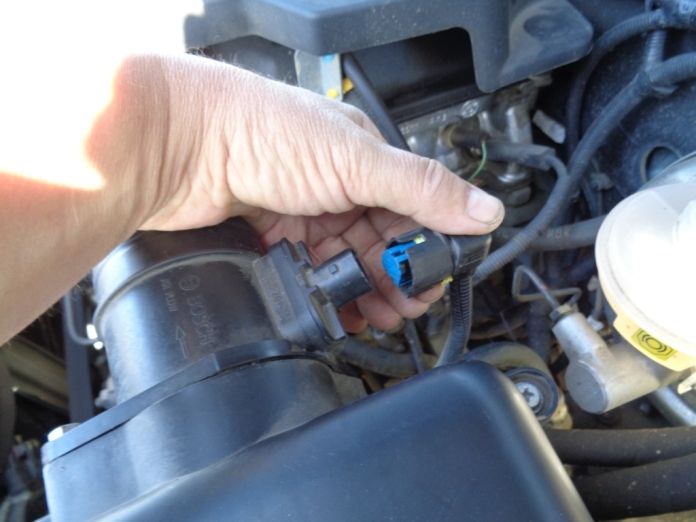 We move the yellow limiter of the locking block of the motor control system wires to the mass air flow sensor. 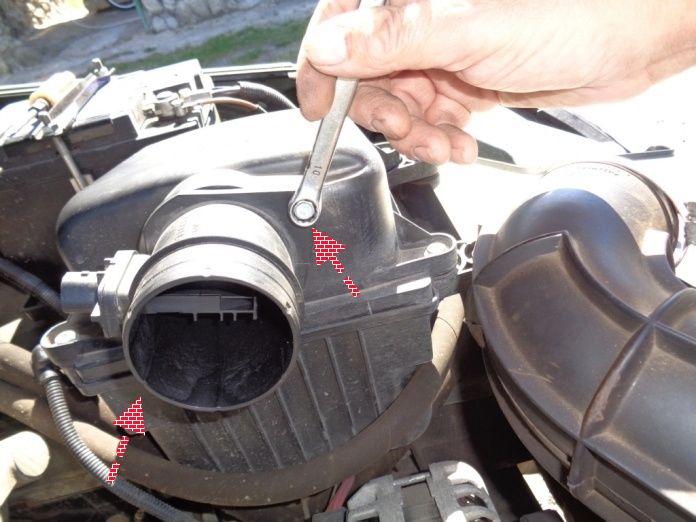 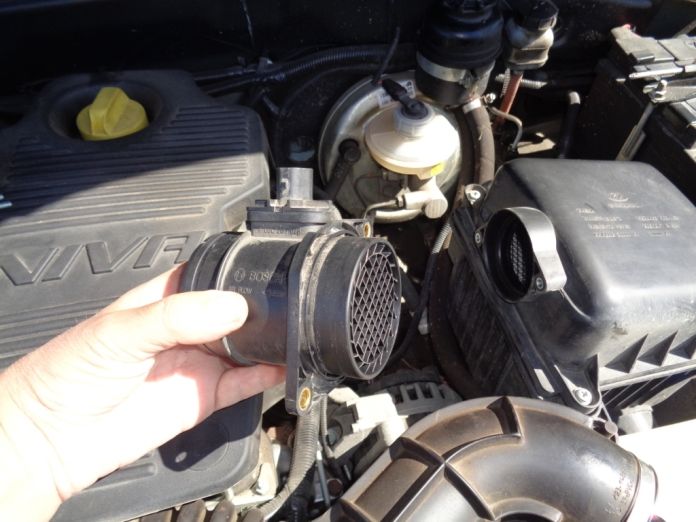 With a key for 10, unscrew the two mounting bolts of the mass air flow sensor

Marking of the DMRV sensor

Before installing the sensor, we put the sealing sleeve on it until it stops.

The absence of a sealing sleeve may cause the engine to malfunction.

Be careful when working with the sensor. Do not allow foreign objects to get inside the sensor.

Damage to the sensor will disrupt the normal operation of the engine control system. It is forbidden to remove the sensor element from the sensor housing, as this may lead to a change in its characteristics.

We install the sensor on the air filter and fasten it with two bolts. The tightening torque of the bolts is 3.0...5.0 Nm.

We attach the intake pipe hose to the sensor and fasten it with a clamp. The tightening torque of the clamp screw is 2.2...2.8 Nm.

We attach the wiring harness to the sensor and snap the latch.