The five-speed jr5 gearbox, and a six-speed TL 8 gearbox.

All transmissions have a modification for installation on 2WD and 4WD cars, which is reflected in the marking on the crankcase.

The difference in the gearbox for the 4WD car in the presence of a flange to attach a transfer box and in the absence of the gland the right semi-axis gear (the gland is installed on the output shaft of the dispensing box).

The TL 8 manual transmission has the same connecting and installation dimensions as the JR5 gearbox, and is largely similar to it.

The difference in the presence of the sixth transmission and location of gears and synchronizers on the shafts, as well as cast back cover instead of stamped. 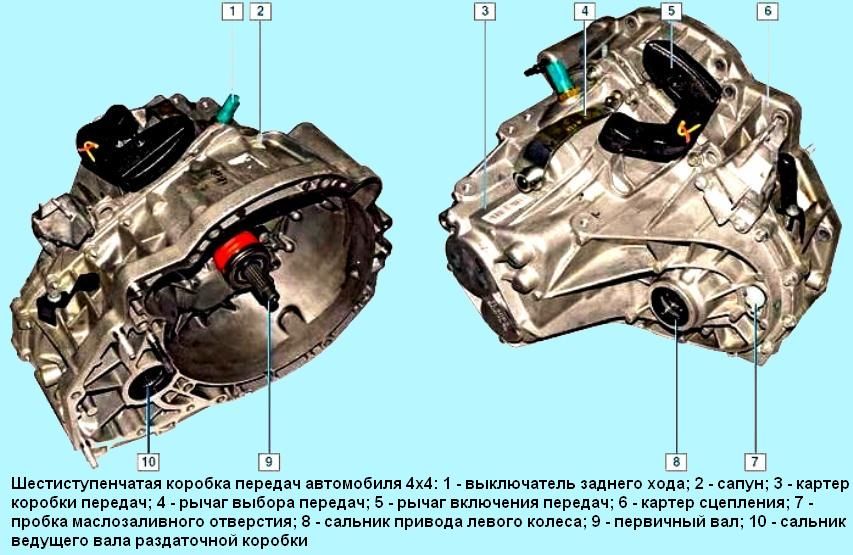 The gearbox is a mechanical, two-way, with six front-run transmissions and one - rear, with synchronizers on all forward transmissions.

It is constructively combined with differential and main transmission.

The gearbox body consists of two parts (cast from an aluminum alloy): Carter of clutch and gearbox crankcase.

The leading gears of all front turn gears are located on the primary shaft and are in constant engagement with the driven gears installed on the secondary shaft.

Gears of all transmissions of the front turn of the ososube, and the rear move - spanned.

On the secondary shaft there is also a leading gear gear.

The leading gear gear is in constant engagement with the driven gear gear.

The leading gear gear is installed on the differential box and is attached to it bolts.

Semi-axes gears transmit torque to the drives of the front wheels.

Differential box by means of a slotted connection transmits rotation to the drive shaft of the dispensing box.

The gear control drive consists of a control mechanism installed in the cabin on the floor tunnel, and the gear shift mechanism located in the gearbox crankcase.

Mechanisms are associated with two cables: selection and inclusion of gears. 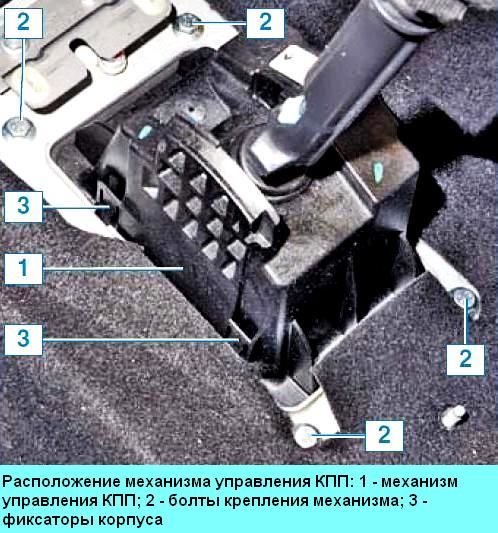 The gearbox control mechanism is attached to the floor tunnel by four bolts.

After the transfer was selected, the inclusion cable turns the lever, including the necessary transmission. 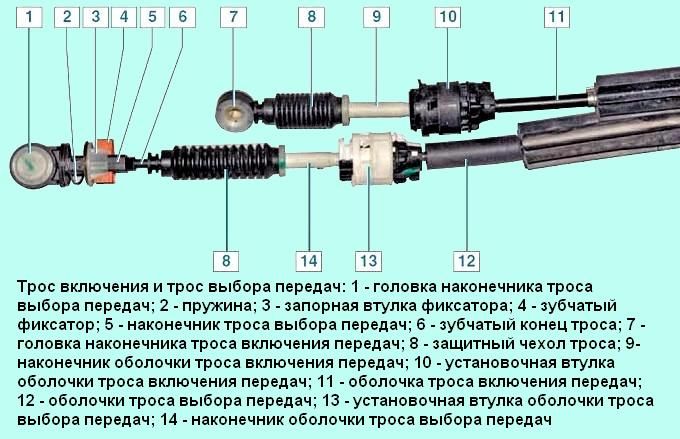 The inclusion cable and the gear selection cable is non-visible.

The gear selection cable can be adjusted in length.

To change the length of the cable, it is necessary to fit the spring 2 with a shut-off sleeve.

After that, we shift the gearbox 4 (orange color) inside the cable tip, withdrawing its teeth from engagement with the cable end of the cable 6. 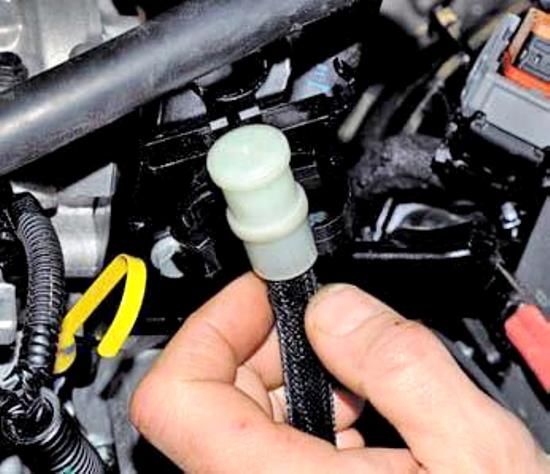 The gearbox is communicated with the atmosphere through the Sapun located in its top.

For maintenance, the tip on the hose should be turned several times to clean it.

The transmission oil is poured into the gearbox in the factory, calculated for the entire service life.

The oil level in the gearbox should be at the level of the lower edge of the oil refrigerated hole, closed by plastic cork.

The gearbox is a complex node, for the repair of which the necessary experience and a special tool.

Therefore, the repair of the gearbox should be performed in a specialized technical center, which has both the necessary equipment and spare parts.

With a serious breakdown or strong wear of the gearbox items, it is advisable to replace it with a whole.

Possible malfunctions of the mechanical gearbox and ways of correction

- weakening fastening or damage to the engine suspension and gearbox

Tighten the mount or replace support

- Wear or damage to gears and bearings

Repair the transmission on the service

- destruction, damage to the gland or sealing rings

Remove air from the hypreen of clutch shutdown