Removal and installation of an adsorber of the Renault Duster car

The fuel vapor recovery system prevents fuel vapors from escaping into the atmosphere, which adversely affect the environment

The system uses the method of absorbing vapors with a carbon adsorber, which is installed in the arch of the right front wheel.

The solenoid purge valve is installed on the top cover of the adsorber and, according to the signals from the engine control unit, switches the operating modes of the system.

Fuel vapors from the fuel tank are constantly discharged through the pipeline and accumulate in the adsorber filled with activated carbon (adsorbent).

When the engine is running, the adsorbent is regenerated (recovered) by purging the adsorber with fresh air entering the system under the action of vacuum transmitted through the pipeline from the inlet pipe to the adsorber cavity when the purge valve is opened.

The control unit regulates the degree of purge of the adsorber, depending on the engine operating mode, by applying a signal to the valve with a variable pulse frequency.

Fuel vapors from the adsorber through the pipeline enter the engine intake pipe and burn in the cylinders.

Failure of the evaporative emission system leads to instability of idling, engine stop, increased toxicity of exhaust gases and deterioration of driving performance of the car.

Removing and installing the adsorber

We remove the adsorber for replacement in case of leakage of its housing (can be determined by the presence of a smell of gasoline and during visual inspection), as well as in the event of a malfunction of the canister purge solenoid valve (the defect is accompanied by unstable operation of the engine at idle).

Remove the right front wheel and securely fix the car on the stand. 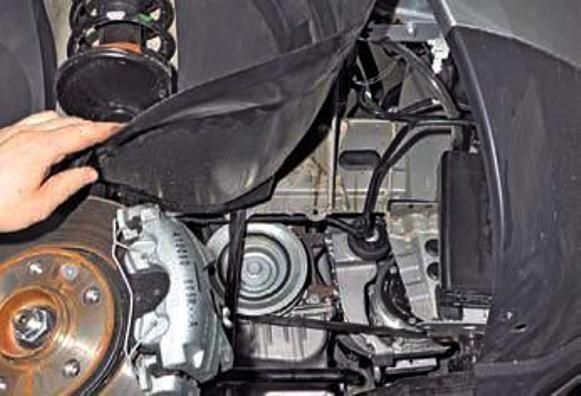 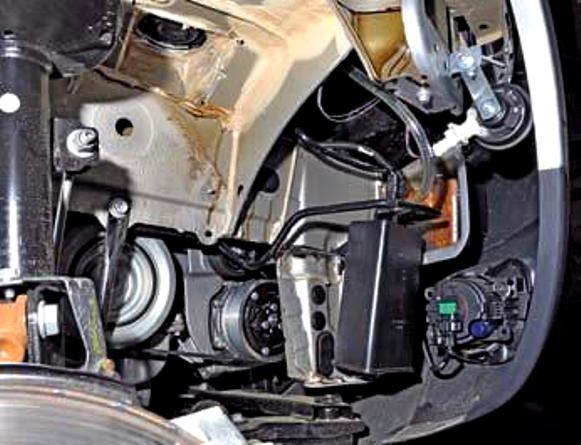 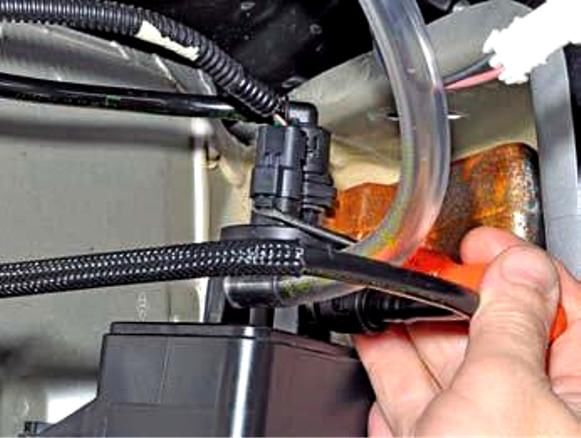 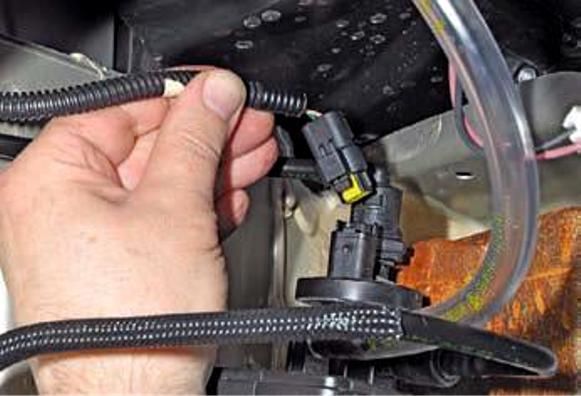 Disconnect the block from the adsorber purge valve connector 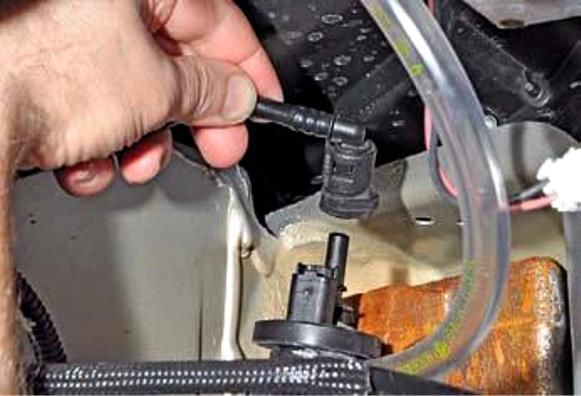 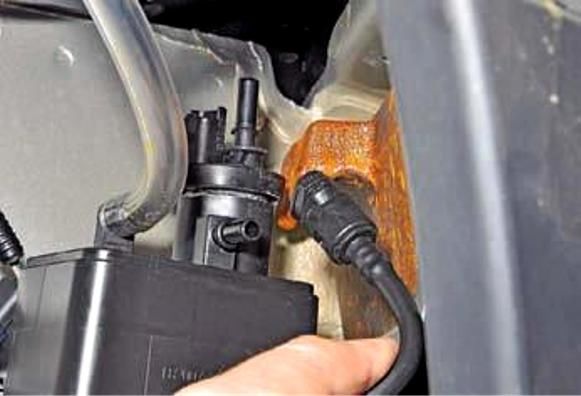 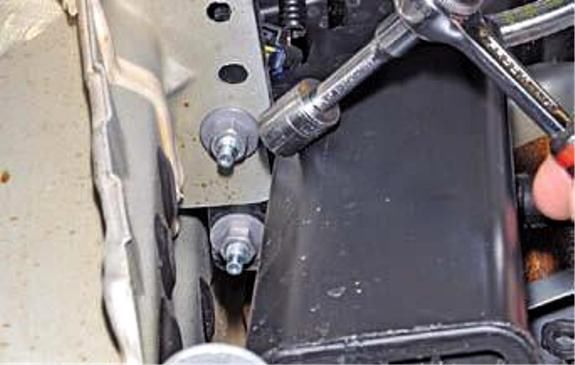 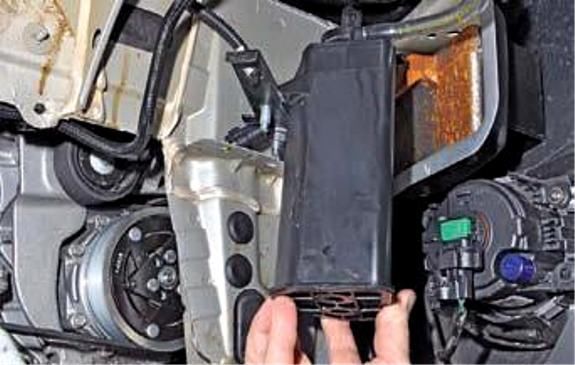 With a head of 13, unscrew the nut securing the adsorber to the body bracket

Raise the adsorber, removing its pin from the hole in the body bracket 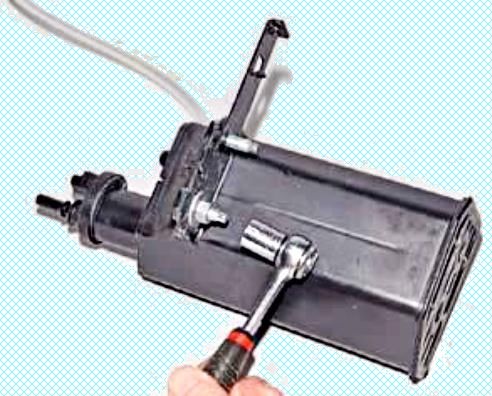 Remove the adsorber assembly from the brackettein

With a 13 head, unscrew the nut that secures the bracket to the adsorber 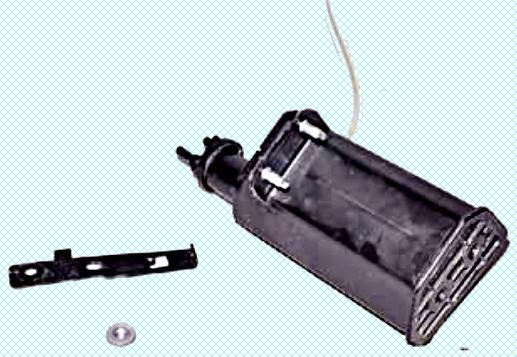 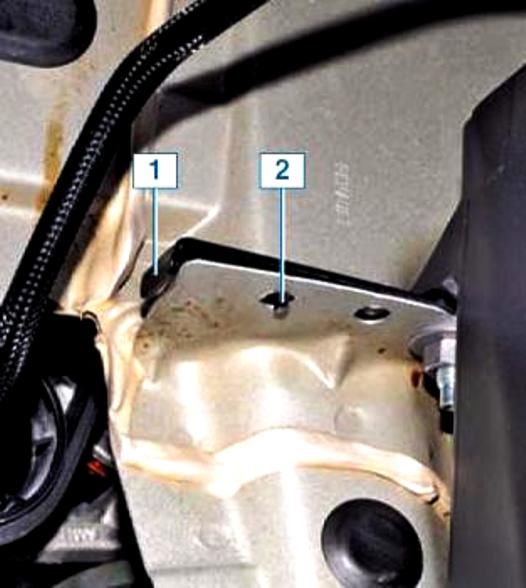 We assemble and install the adsorber in reverse order.