We install the head on the workbench and disassemble the cylinder head.

After disassembly, parts of the cylinder head must be marked or laid out in order. 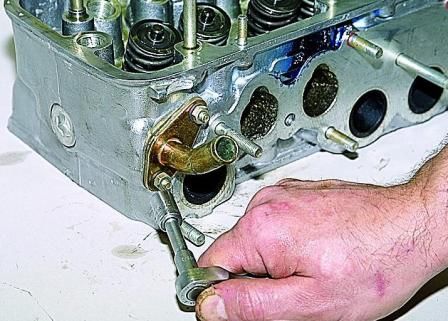 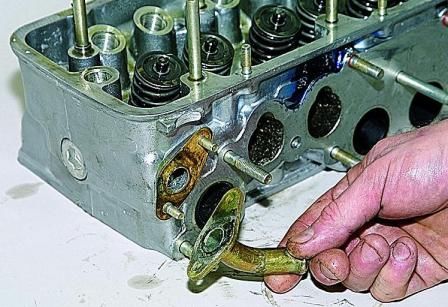 With a 10 head, we unscrew the two nuts fastening to the head of the heater radiator inlet pipe block 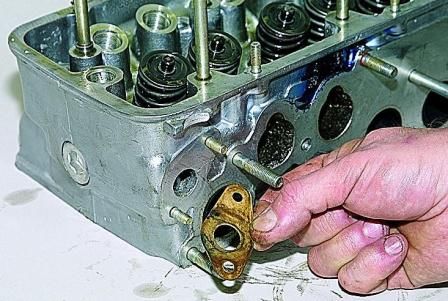 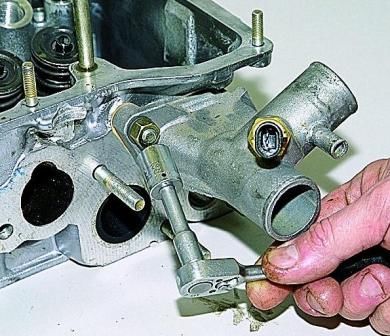 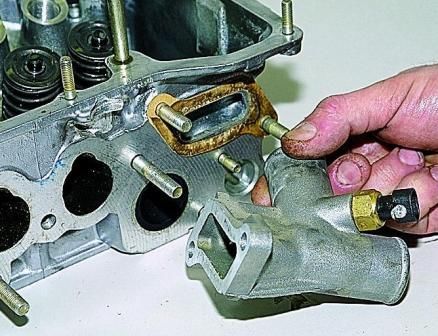 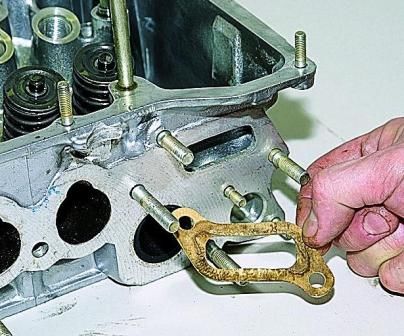 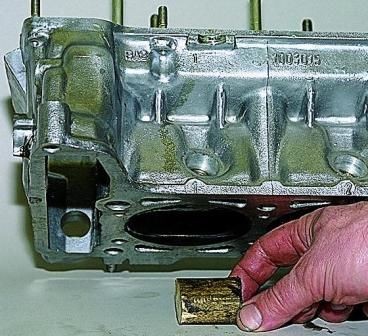 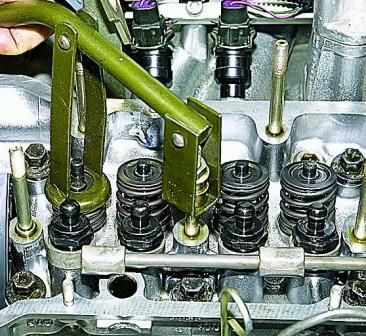 To dry the valve, we put a stop (wooden or rubber block) under the valve plate

Compress the valve spring with the device

We rest the foot bearing of the device against the valve plate, and we put the hook lever by the nut screwed onto the stud of the camshaft bearing housing. 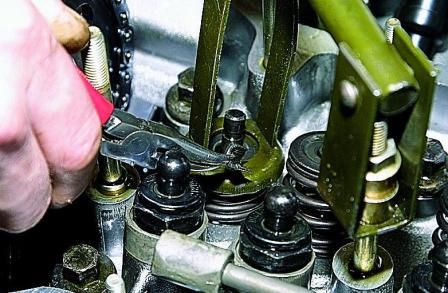 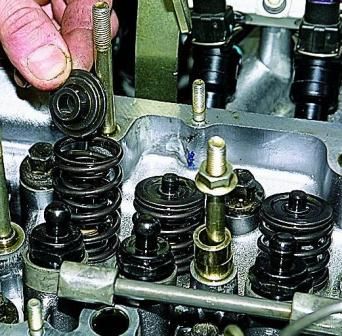 We extract two crackers with tongs or tweezers

We gradually loosen the lever of the A.60311R fixture, remove the valve plate and valve springs. 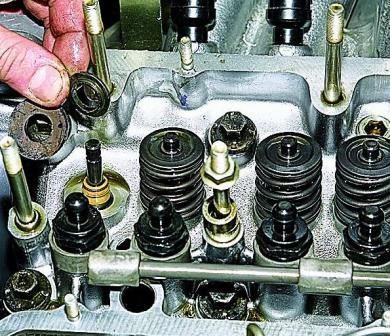 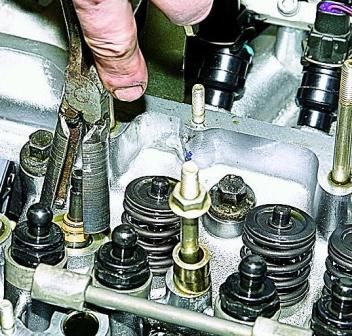 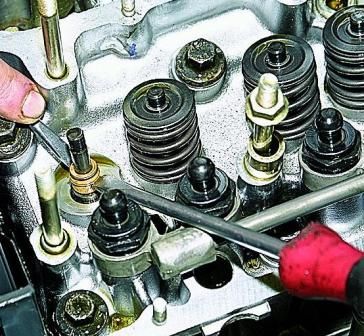 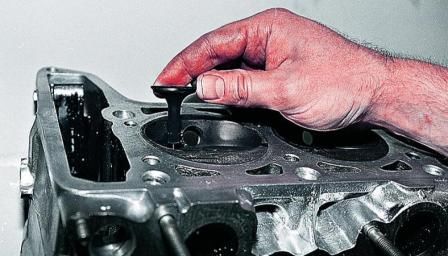 If there is no special tool, then you can gently pry it with two screwdrivers and remove the valve oil seal (you need to do everything carefully, the bushing is very fragile)

We take out the valve from the guide sleeve

In the same way, we remove all the valves and valve stem seals.

We thoroughly rinse the cylinder head, remove carbon deposits from the combustion chambers and from the surface of the exhaust valves with a metal brush.

We prepare the head and parts for defecting and assembly. The assembly will be discussed in the next article.