It is necessary to check the tension and condition of the accessory drive belt at every maintenance.

There should be no traces of engine oil on the belt, no scuffs, fraying, cracks and grooves.

A sign of insufficient belt tension and the need to replace it is a characteristic whistle when the engine is running.

If the belt tension is insufficient, the voltage at the generator terminals may decrease, and the circulation of coolant in the engine cooling system deteriorates.

If we are not removing the belt for replacement, then you need to mark one of the edges of the belt in order to preserve the direction of its movement during assembly. 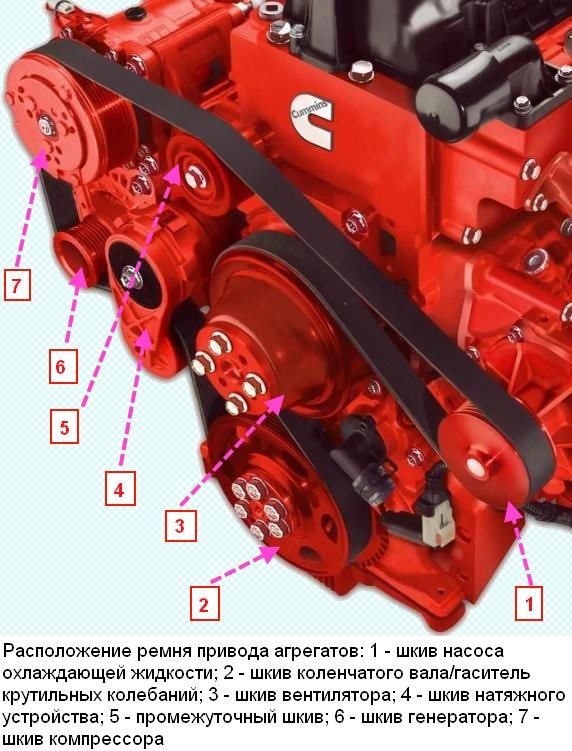 A worn tensioner or a skewed pulley can cause the belt to slide off. 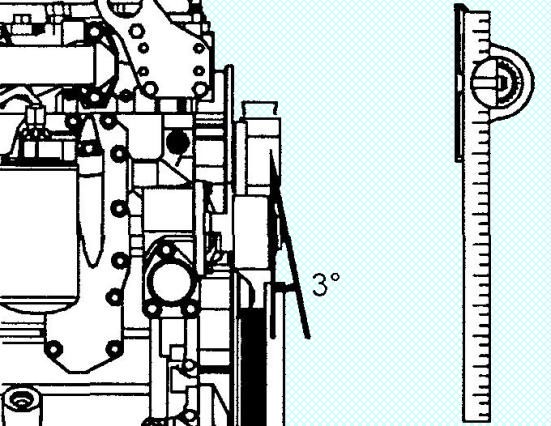 If it is absent, you can use a ruler and an inclinometer.

The maximum misalignment of the pulley should not exceed 3 °.

The tensioner is spring-loaded and must be moved away from the belt.

Moving the tensioner in the wrong direction can damage it.

The tensioner is moved to the side so that the spring tongue is bent over the body of the mechanism.

To loosen the belt tension, turn the tensioner while releasing the spring. 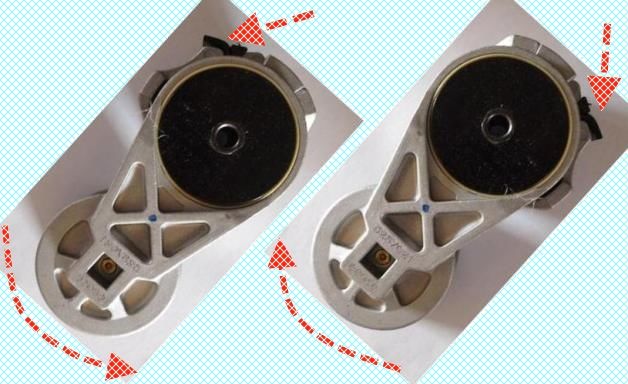 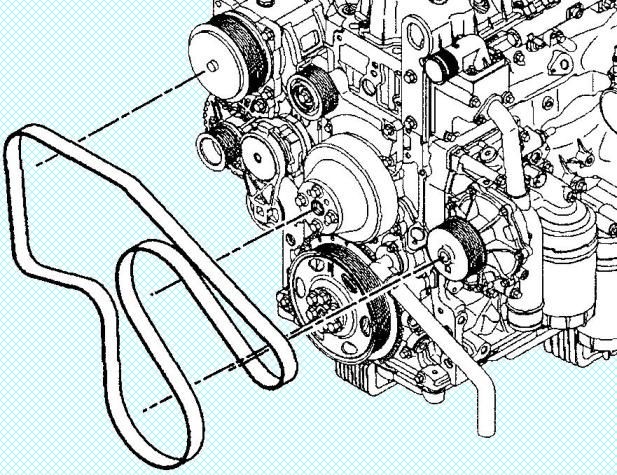 Attention: Excessive force when turning the tensioner in the direction of the spring weakening or to the stop, when the spring is already completely weakened, can lead to breakage of its lever.

Turn the tensioner towards the spring tab and remove the belt.

Check the drive belt for the following damage:

Replace the belt if damaged.

Check idler and drive pulleys for wear or cracks.

Check the plastic pulleys for road dirt deposits or particles of material from which the pulley is made.

Remove dirt with a suitable tool and check for wear.

It is recommended that the intermediate pulleys be cleaned, checked for condition and reused rather than replaced. 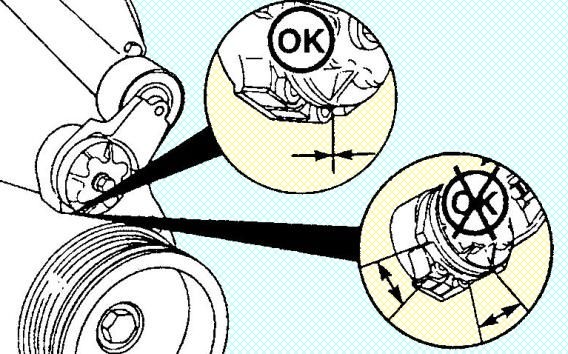 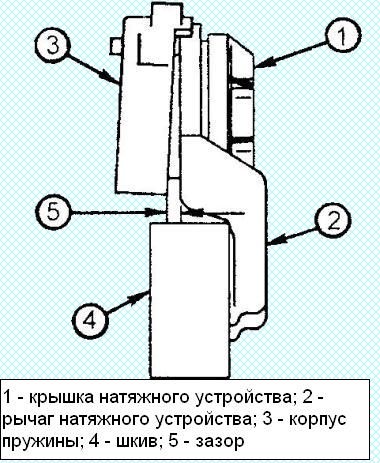 With the belt removed, check that the tensioner arm stop and the stop on the spring housing are in contact.

If the gap at any point exceeds 3 mm, the tensioning mechanism is considered to be out of order and should be replaced.

Tensioners typically have increased clearance near the bottom of the spring housing, causing the top of the housing to rub against the tensioner arm.

When replacing the tensioner, be sure to replace the belt.

Check the tensioner for signs of contact between the lever and tensioner cover.

Signs of contact between the two parts indicate a malfunction of the tubular axle bushing and the tensioner must be replaced.

Install the tensioner and tighten the bolt (if removed). 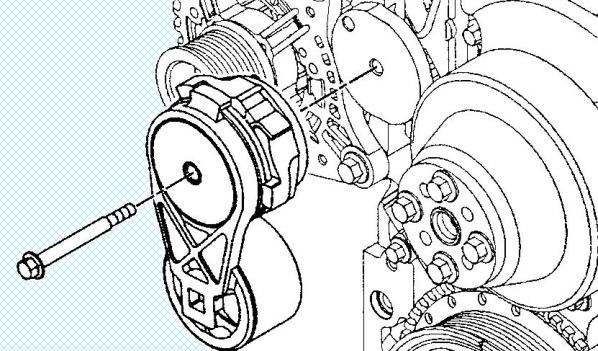 Move the tensioner towards the spring tab and install the drive belt, placing it on the coolant pump pulley last.

Release the tensioner to tension the drive belt.

Check the belt tensioner and ancillary drive pulleys at the front of the engine for correct positioning.

After installing the belt, make sure that none of the tensioner arm stoppers are touching the spring case stopper. If at least one stopper touches:

- Make sure the belt is fitted with the correct catalog number.

- If the correct belt is installed, replace it.

After replacing the belt, if the tensioner arm stops still touch the stop on the spring case, replace the tensioner. 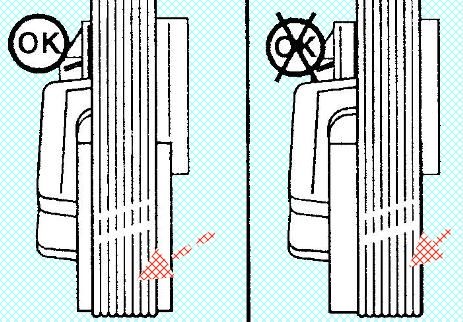 Check the position of the drive belt on the tensioner pulley.

The belt should be located in the middle of the pulley or close to the middle.

Failure to position the belt in a forward or backward direction can cause the belt to wear, bounce off the pulley, or uneven wear on the tensioner bushing. 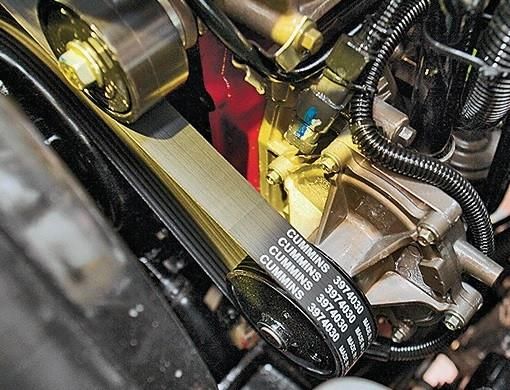