The car is equipped with a two-blade electric wiper

The wiper motor with a gearbox and a system of drive levers is located in the engine compartment under the lower front lining.

Control the wiper with the right steering column switch.

When the windshield wiper is turned off, the wiper blades are automatically laid along the lower front lining. 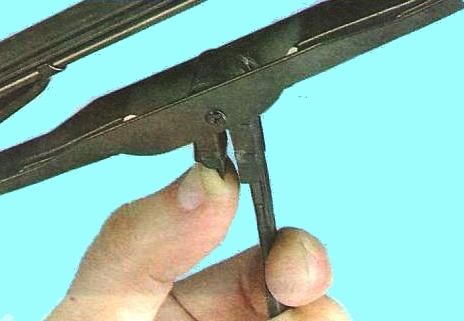 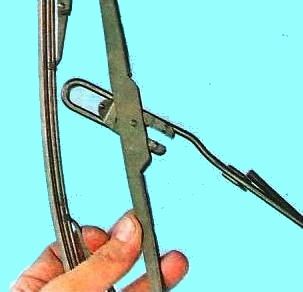 Slide the brush down along the wiper arm 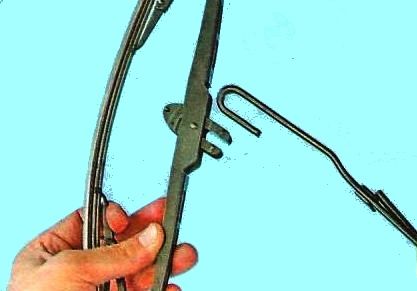 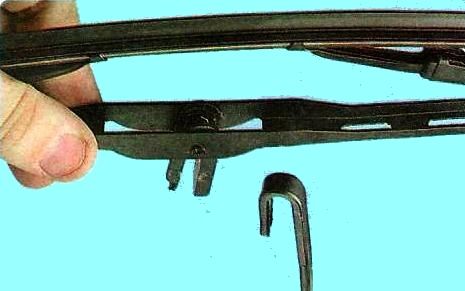 Install the brush in the reverse order, fixing it with the adapter until it clicks. 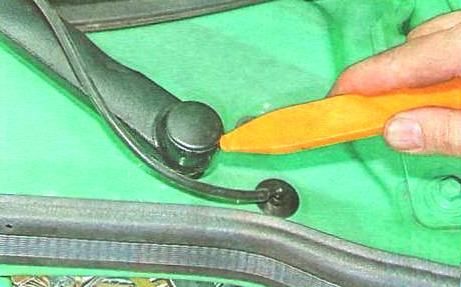 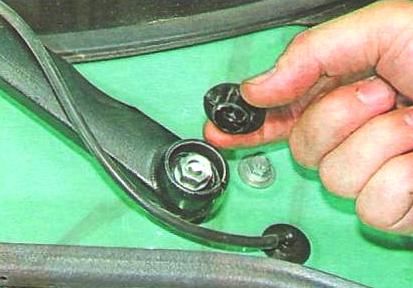 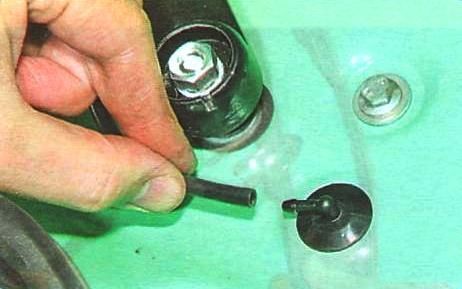 We pry off the plastic plug with a thin tool

And take it off

Disconnect the fluid supply pipe to the washer nozzle 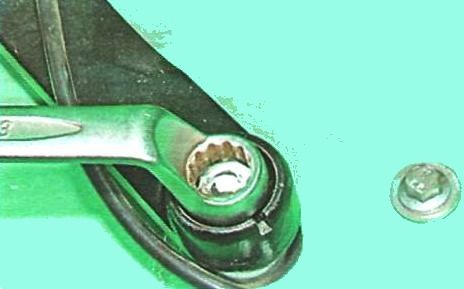 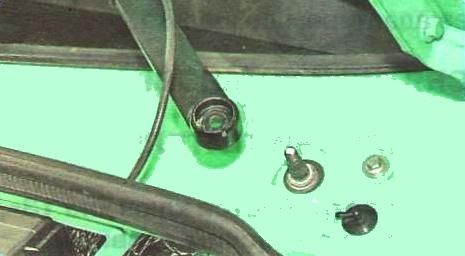 We also remove the second lever.

Before installing the levers, turn the wiper on for thirty seconds and turn it off again to reset the wiper to its original position.

The brushes should be located along the lower glass seal, but not touching it.

In this position, secure the levers by tightening the fastening nuts.

Turn on the windshield wiper.

If the brushes hit the seal or the bottom lining, or stop too high after switching off, you need to slightly change the setting of the levers by rearranging them on the axes of the drivers.

Disassembly of the wiper gearmotor is impractical, and the rods of its trapezium wear out almost by the time the gearmotor is completely exhausted, so replace the wiper assembly.

Remove the wiper arms as described above. 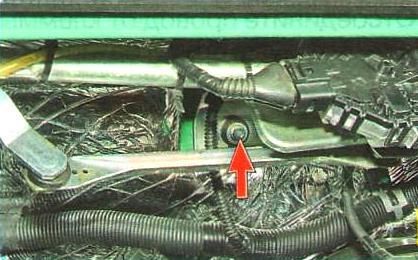 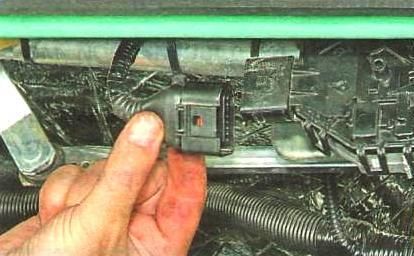 Unscrew the bolt securing the wiper to the motor shield

Disconnect the wiring harness from the wiper motor 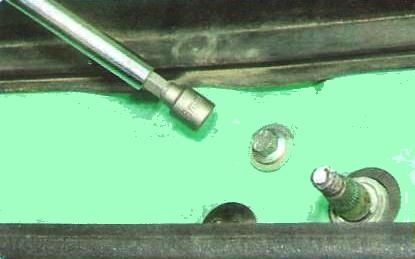 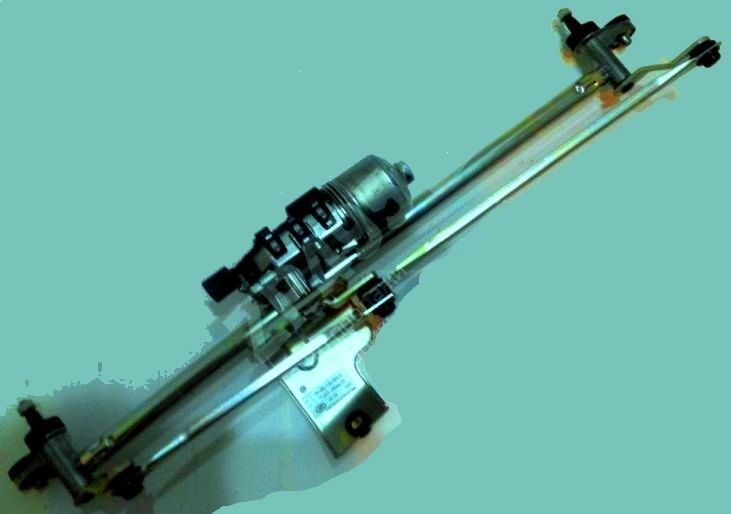 Install the wiper in reverse order.