How to remove the Nissan Almera interior heater

Usually the heater is removed to replace the evaporator or to repair the heater.

Before completing the task, we discharge the air conditioning system, for this:

- to release the refrigerant, unscrew the protective caps of the valves and apply pressure on the valve rods with a suitable tool.

It is necessary to release the refrigerant in a thin stream.

When the refrigerant is drained, it is possible to spray a certain amount of oil mixed with it.

If it is necessary to replace the valve, we turn it out of the pipe fitting with a key similar to the metal cap of the wheel valve 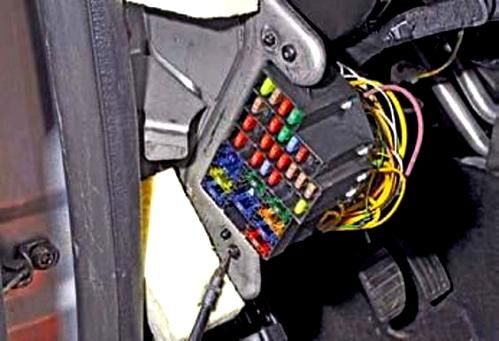 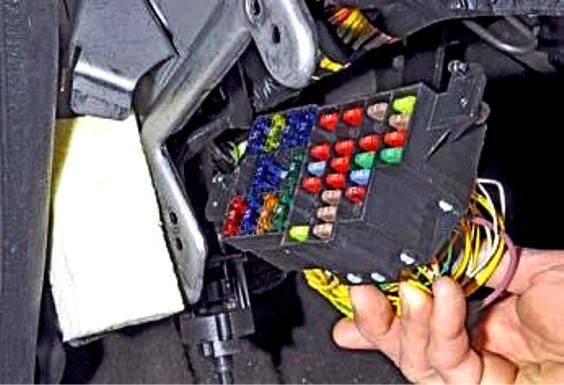 In the car with the Torx T-20 key, we unscrew two self-tapping screws of the mounting block 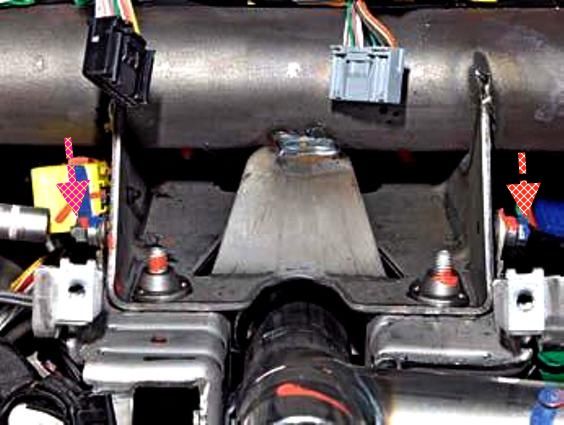 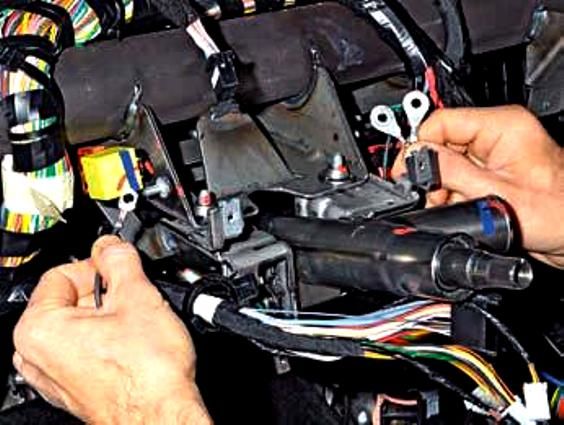 Unscrew two nuts with the head by 10

We remove the tips of the mass wires from the studs 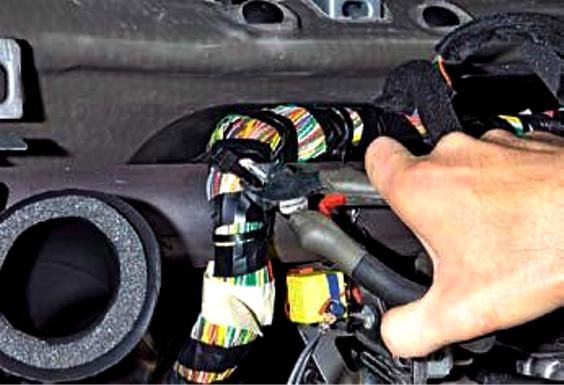 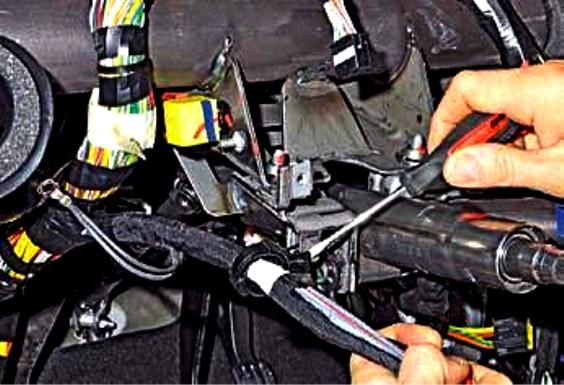 With side cutters, we bite the clamp of fastening the wiring harness to the cross beam

Using a screwdriver, we remove the wiring harness holder from the steering column bracket 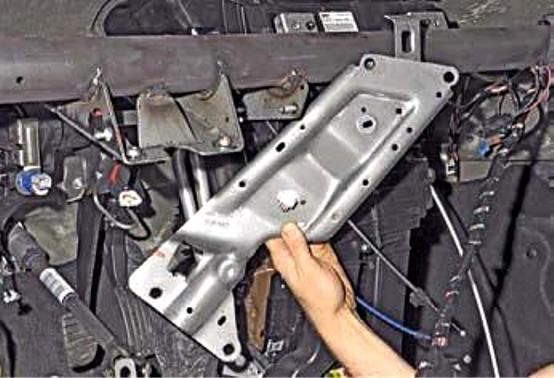 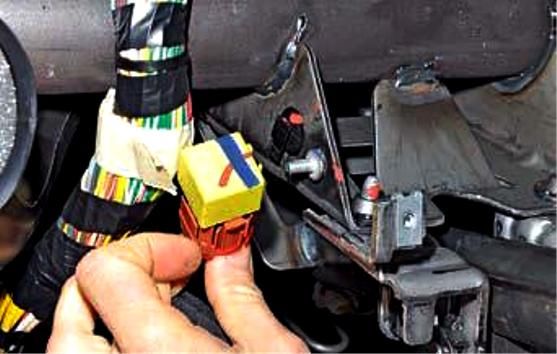 Disconnect the wiring block from the brake signal switch 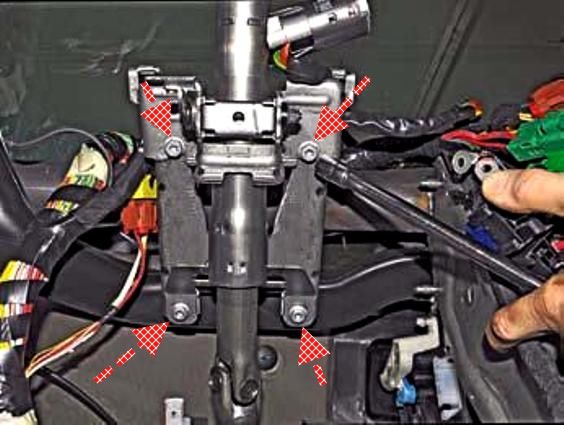 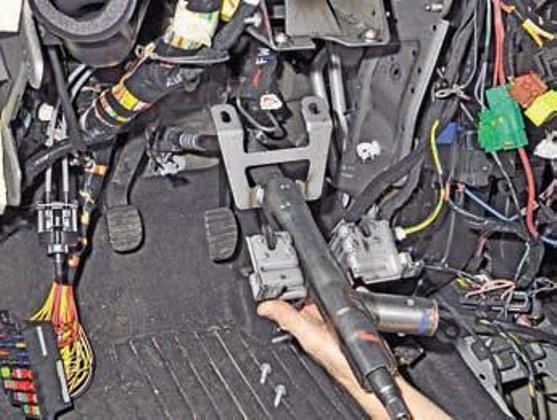 With the head on 13, unscrew the four bolts of the steering column mounting

Lowering the steering column to the floor 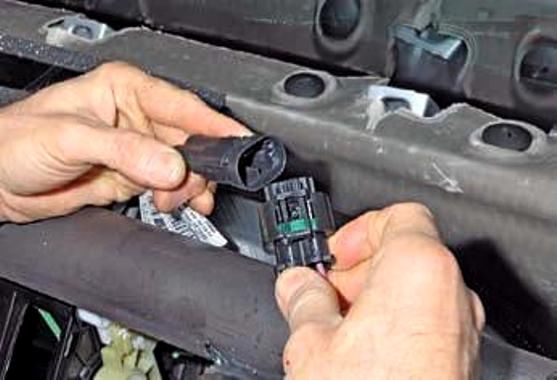 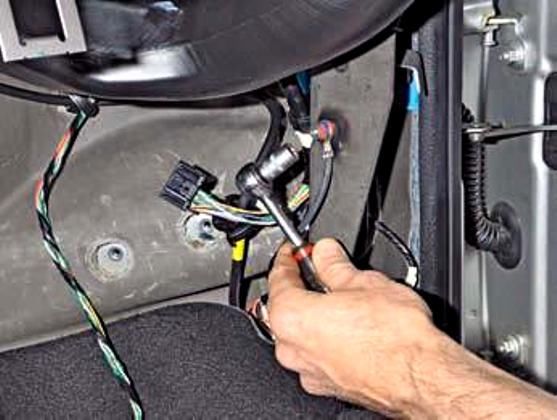 Unscrew the nut by 10 with the head 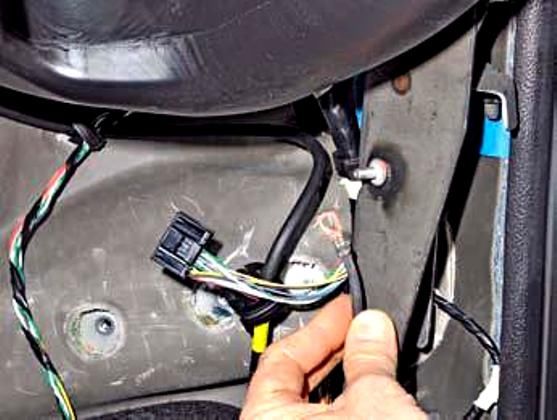 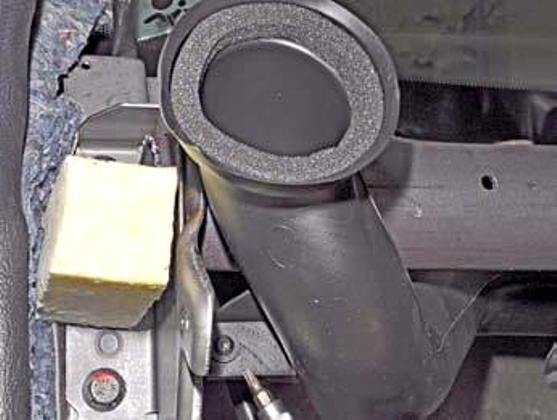 We remove the tip of the mass wire from the stud 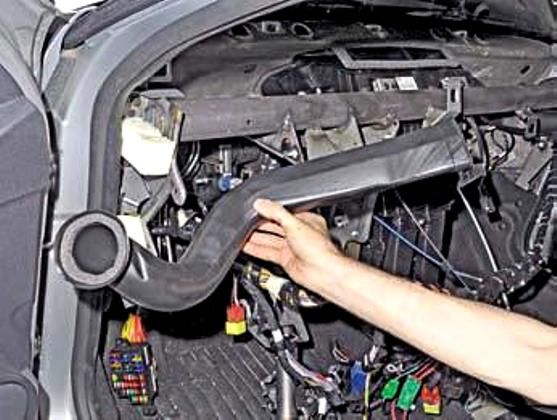 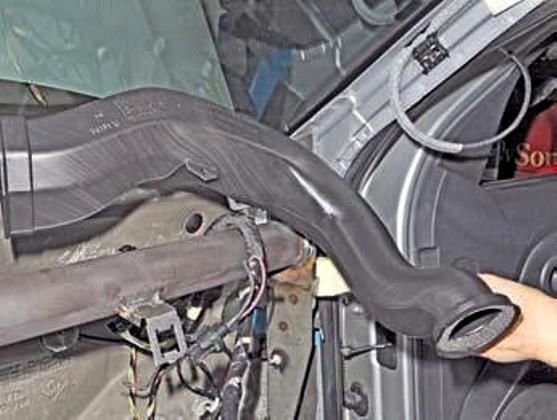 And remove the left air duct 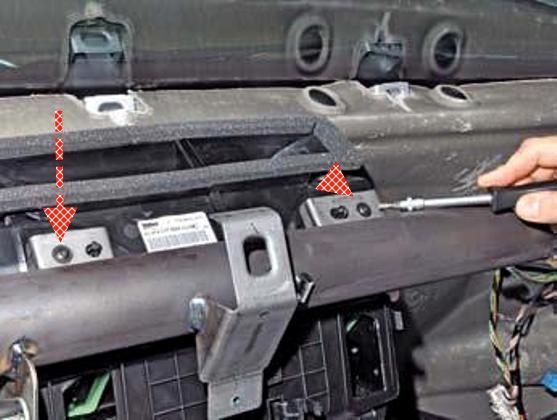 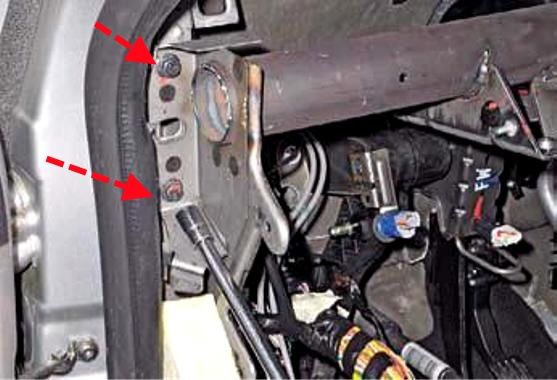 With the Torx T-20 key, unscrew the two screws securing the heater to the cross beam

With the head on 13, unscrew the two bolts securing the cross beam on the left side. 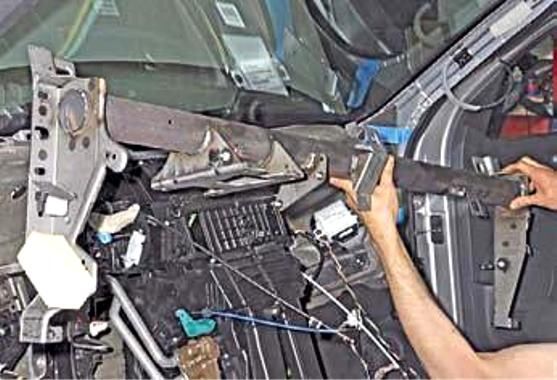 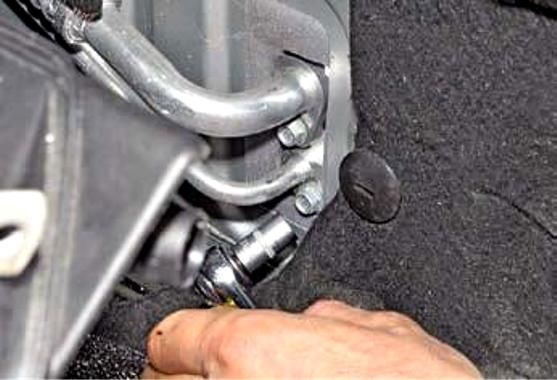 We remove the upholstery from the front panel

In the engine compartment, unscrew the two bolts of fastening the air conditioner tubes to the gearbox with the head by 10 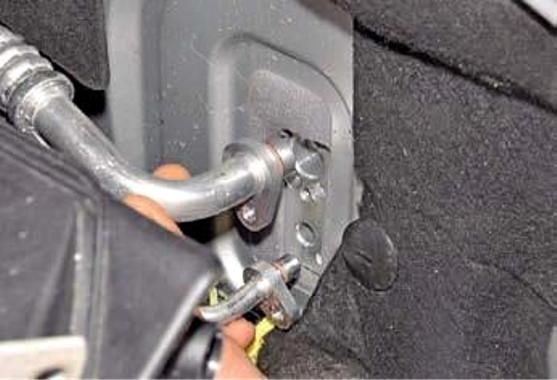 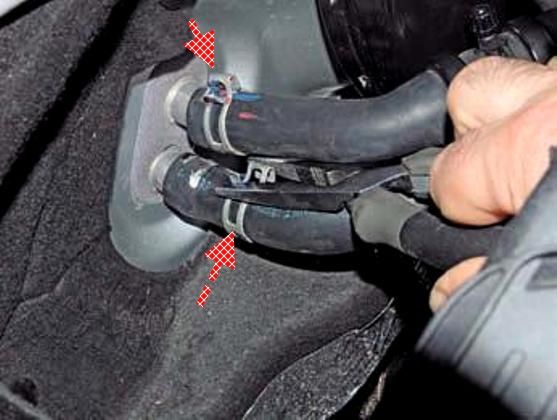 Disconnect the tubes from the gearbox

Having squeezed the ends of the clamps with pliers, we shift the clamps along the hoses 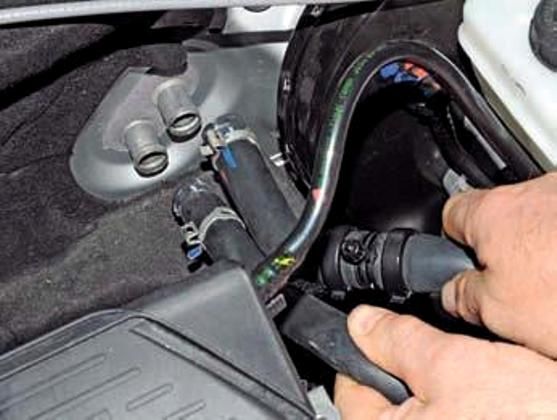 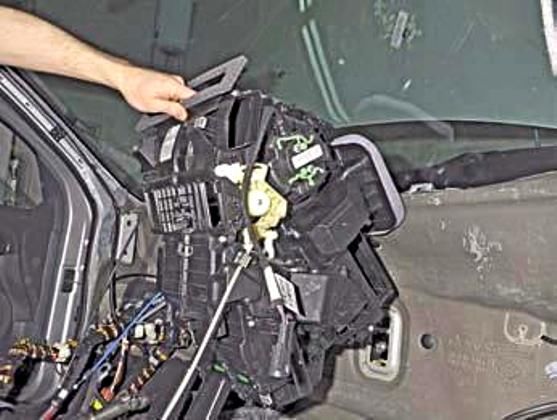 Removing the heater from the car interior

We install the heater in the reverse order.