Characteristics of the car Hyundai Solaris 2011

Hyundai Solaris sedan has been produced since January 2011

In May 2011, the production of a hatchback car began

The car belongs to the compact class (class C according to the European classification) and complies with European environmental standards Euro-4.

The car is equipped with gasoline engines of 1.4 liters (107 hp) and 1.6 liters (123 hp), equipped with a five-speed manual or four-speed automatic transmission.

The overall dimensions of the car are shown in the figures. 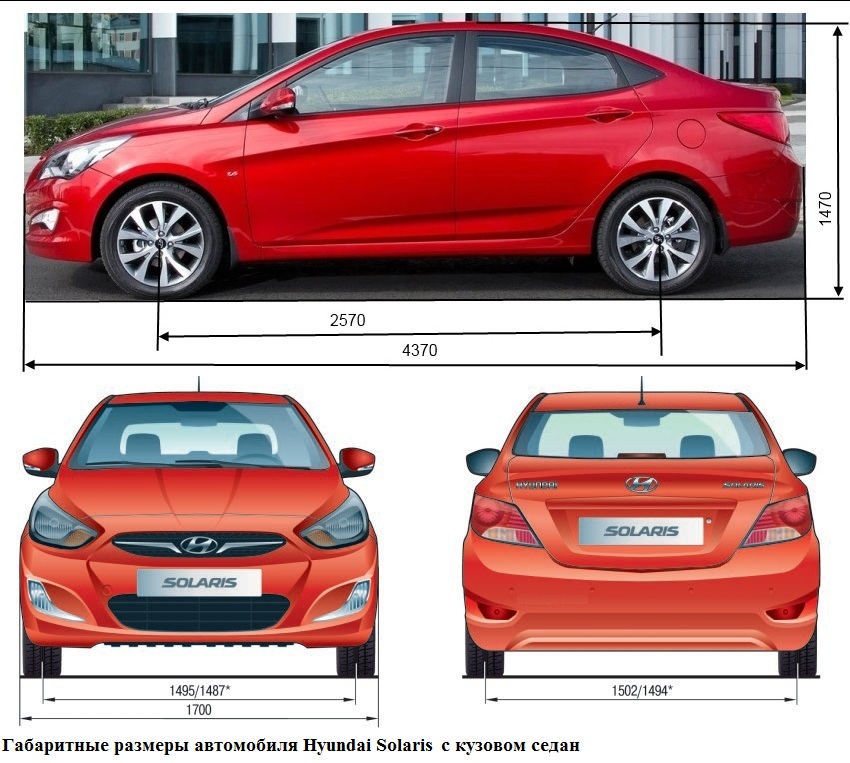 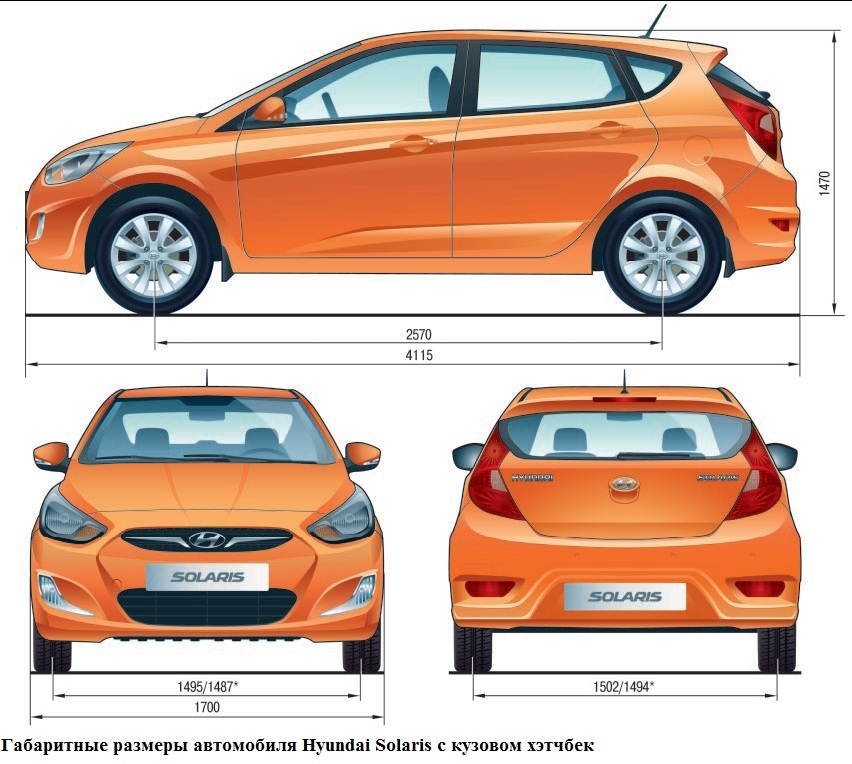 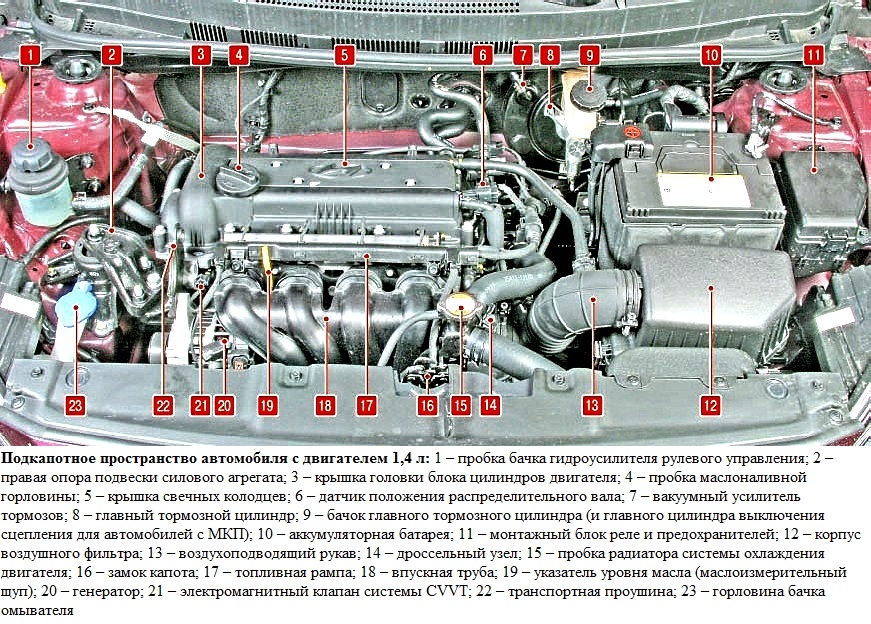 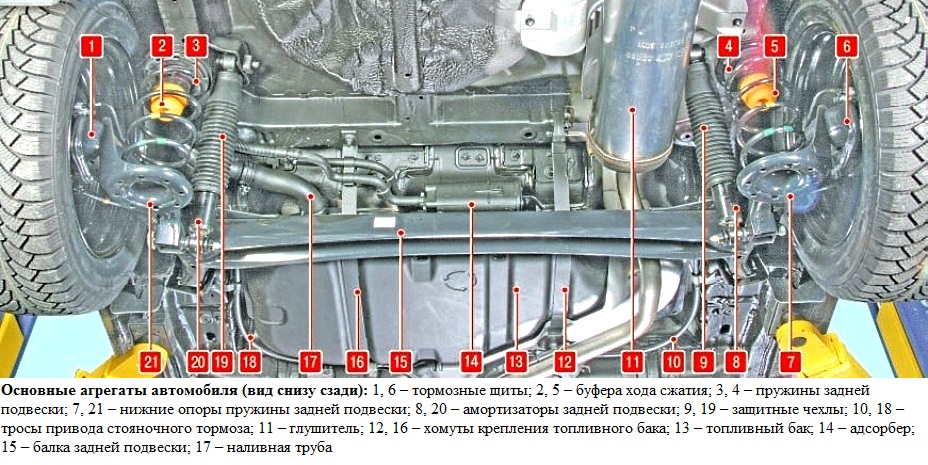 The elements of the car, located in the engine compartment, and the main units are shown in the figures. 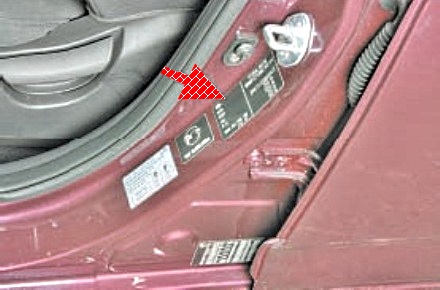 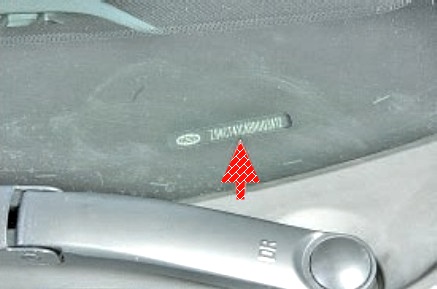 Vehicle Identification Number (VIN) assigned by car assembly water, the name of the factory and the specification of the car are indicated in the identification plate glued to the left B-pillar of the car body.

This identification number, when registering a car with the traffic police, is entered in the "VIN-code" column.

Vehicle identification number is duplicated on a plate attached to the top of the instrument panel and on the floor (stamped) under the floor mat on the front passenger side. 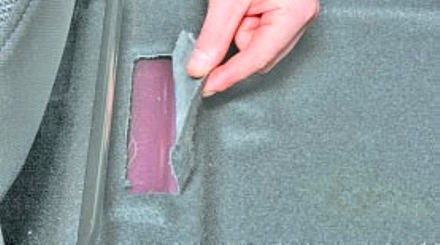 In order to read the hallmarked identification number, you must move the seat back and lift the cutout of the rug.

The illustration shows the vehicle information contained in the identification plate affixed at the factory to the left B-pillar. 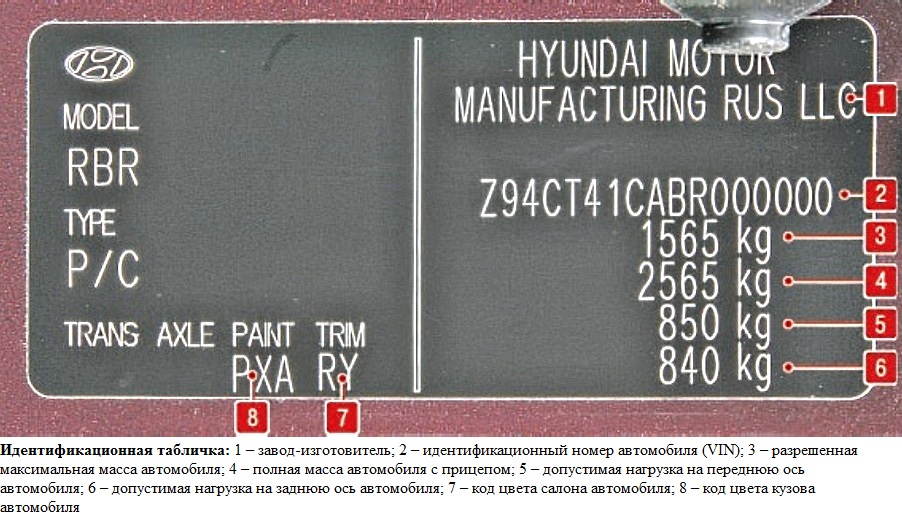 X94 is the international code of the manufacturer (Hyundai Motor Manufacturing Rus LLC);

B is the model year code of the car;

The designation (model and main characteristics) of the engine is stamped on the tide of the cylinder block next to the starter. 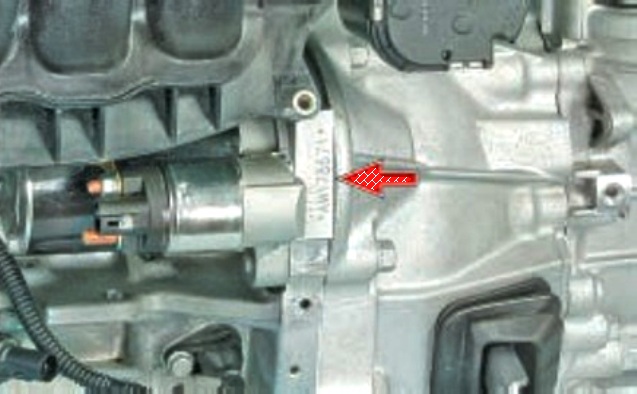 4 is the number of engine cylinders;

A is the year of manufacture of the engine;