Removing and adjusting the drive of automatic transmission Renault Duster

We remove the automatic transmission selector for replacement, as well as for repair.

To remove the selector, you need pliers, a set of screwdrivers, a 10 socket.

We install the car on a viewing ditch or a lift. 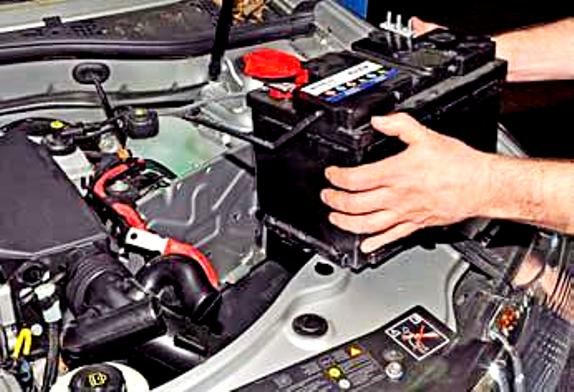 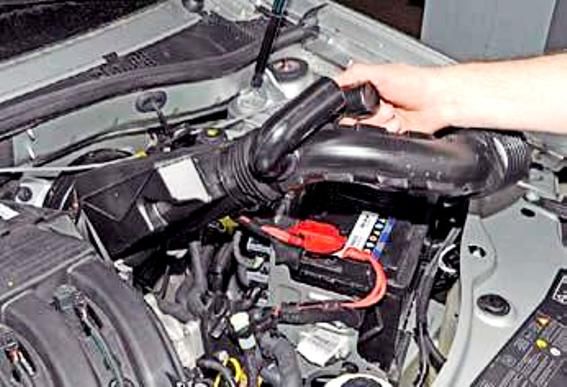 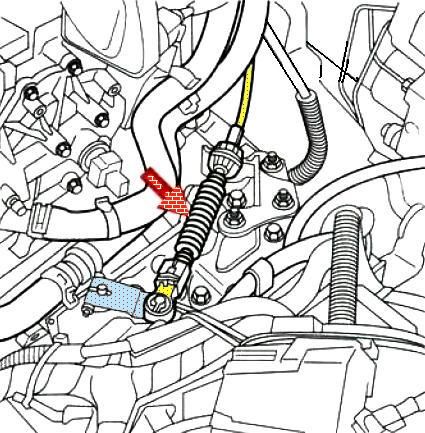 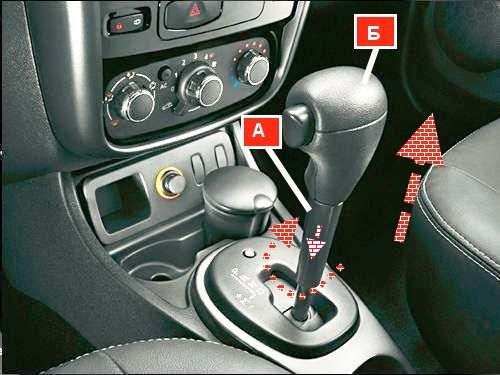 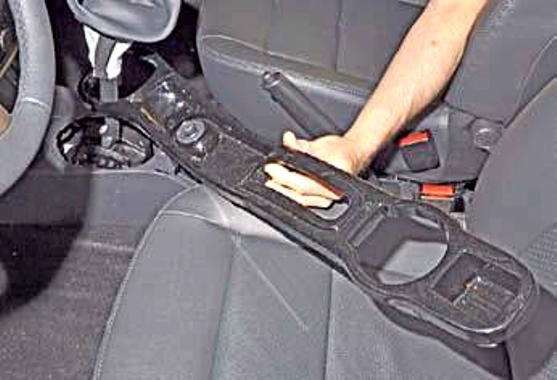 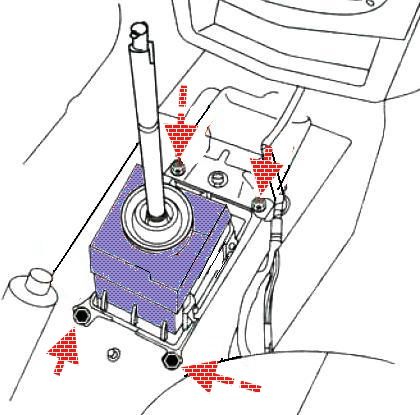 We unscrew the four bolts securing the selector housing and disconnect the wiring harness. 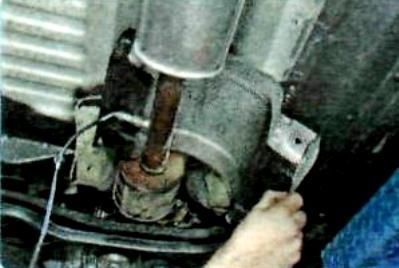 Bottom, remove the thermal screen of the additional muffler 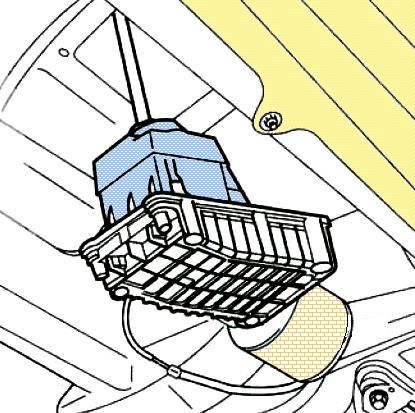 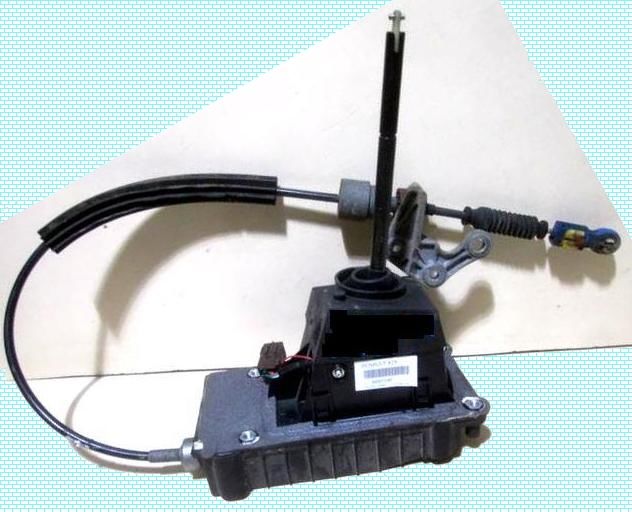 We lower the selector down through the opening in the base of the body and remove it from the car.

Disconnect the wire from the negative battery terminal.

Set the gear selector lever to the "D" (drive) position. 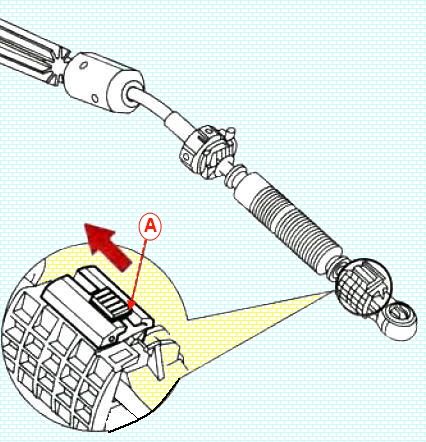 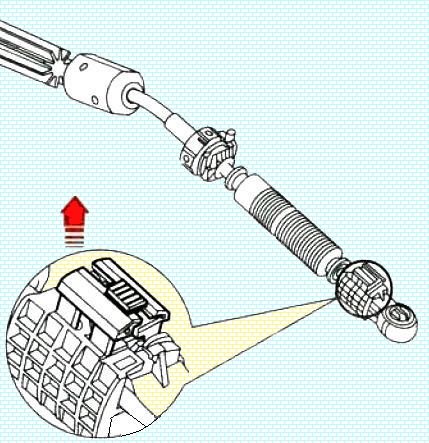 Disconnect the front end of the cable from the lever of the multifunction switch by pressing the latch "A" (red) in the direction indicated by the arrow until a characteristic click.

Pull up the stopper of the adjusting tip of the cable 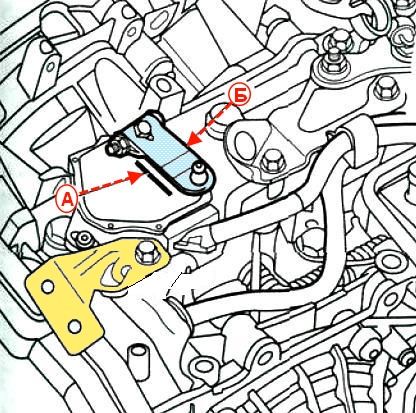 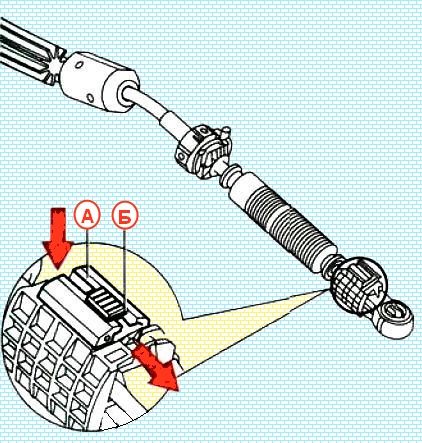 We put the tip of the cable on the finger of the multifunction switch lever.

We move the stopper "A" down to fix the new position of the cable, and fix the tip on the finger by pressing until it clicks on the lock "B" in the direction shown by the arrow.