Remove the fuel tank for flushing or replacement

Preparing the car for the task. It is desirable that the tank is empty. 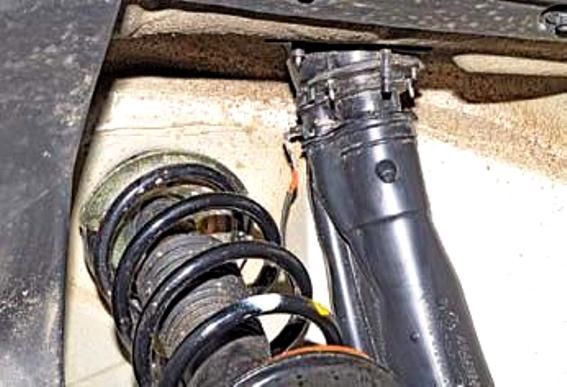 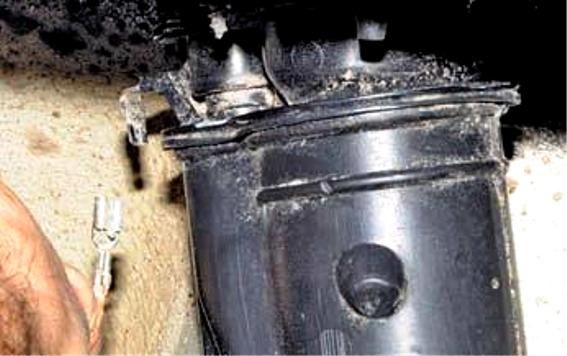 Connecting the filler neck to the filler pipe in the wheel arch of the right rear wheel (Fig. 1) 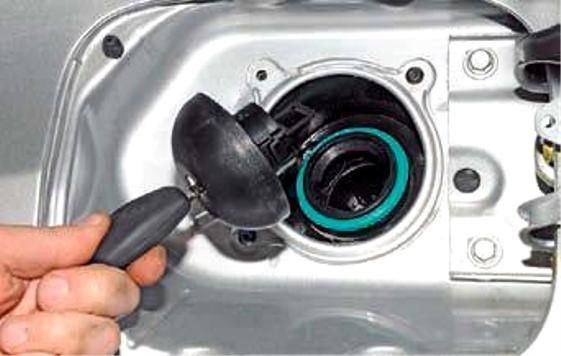 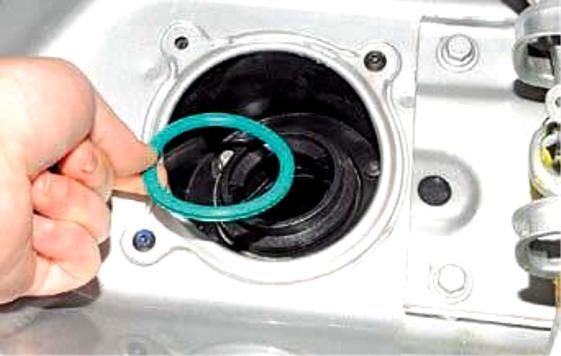 Remove the rubber sealing ring from the neck flange. 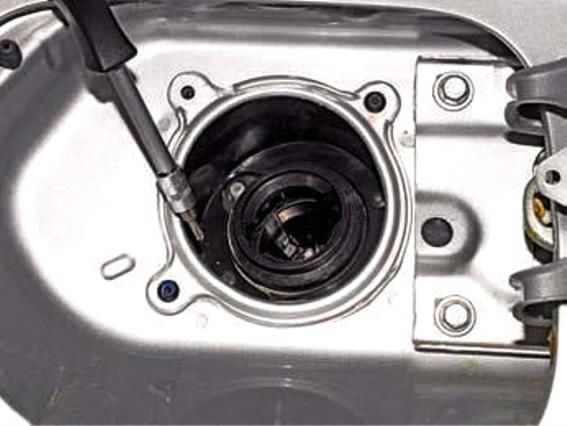 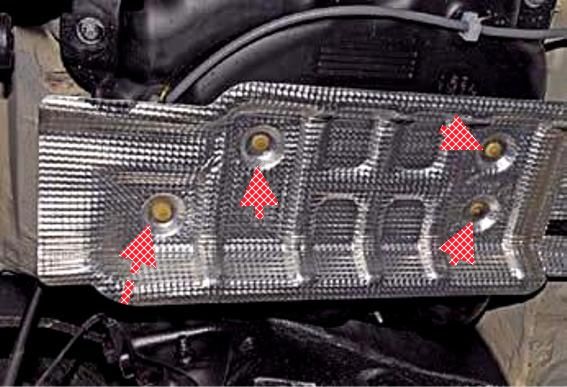 Using the TorxT-20 wrench, unscrew the two screws securing the neck to the filler pipe 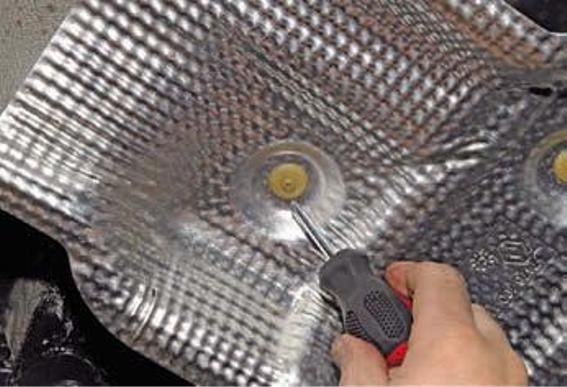 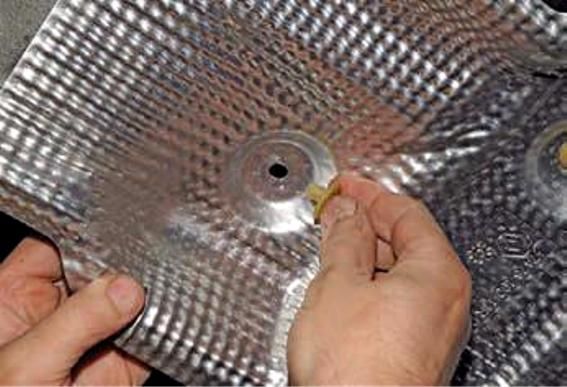 Hooking with a slotted screwdriver, remove the piston. 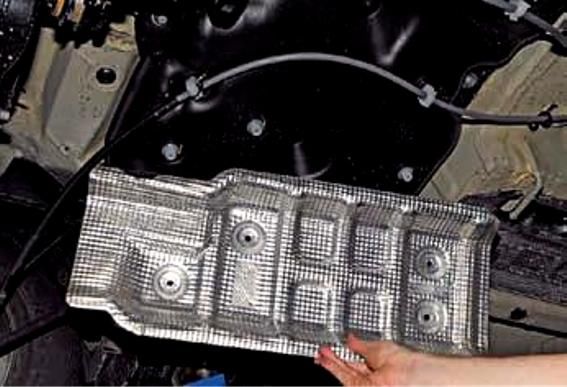 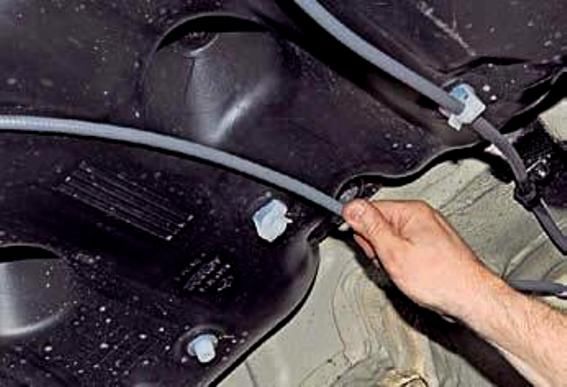 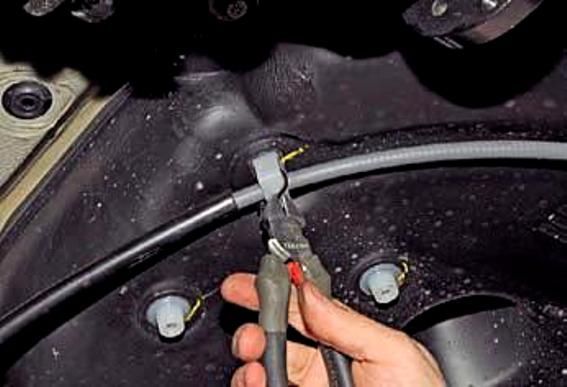 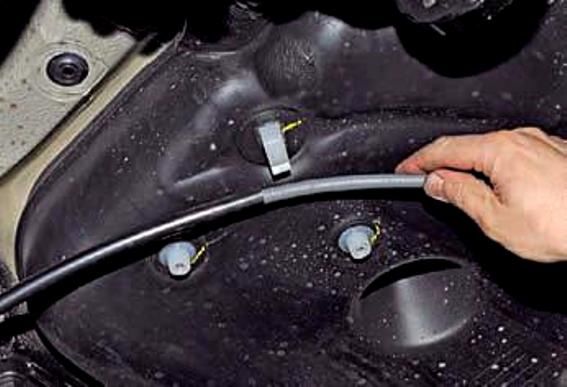 With side cutters, we bite the plastic clamp that fixes the rear holder of the parking brake cable

Remove the cable from the rear holder 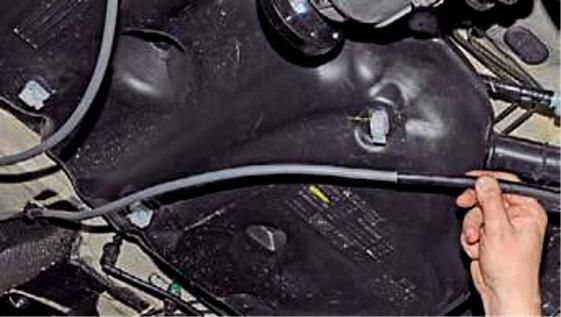 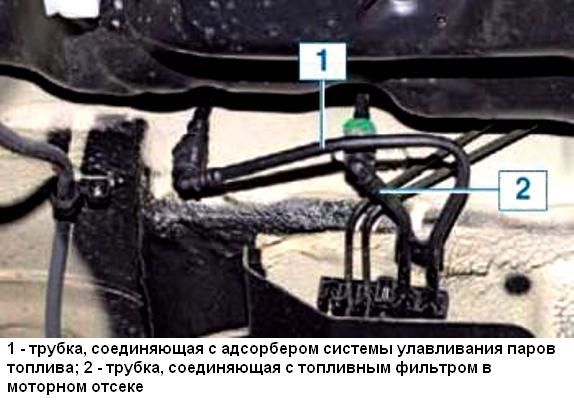 Under the bottom of the car, two pipes fit to the front of the fuel tank, a pipe connecting to the adsorber and fuel filter 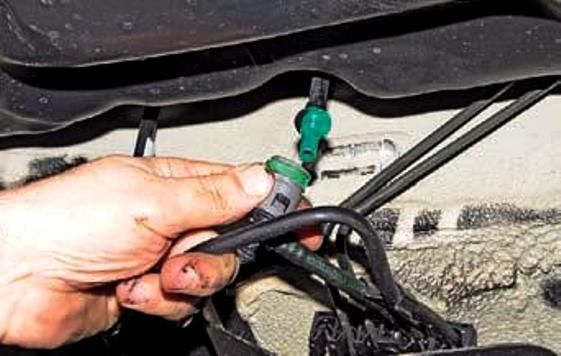 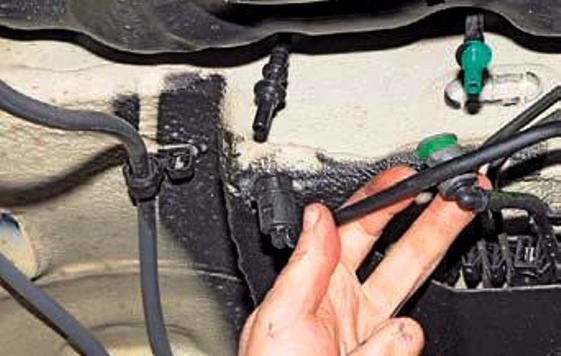 By pressing the latch of the tip (gray) of the fuel supply pipe to the filter, disconnect the tip of the pipe connecting to the fitting of the fuel module cover 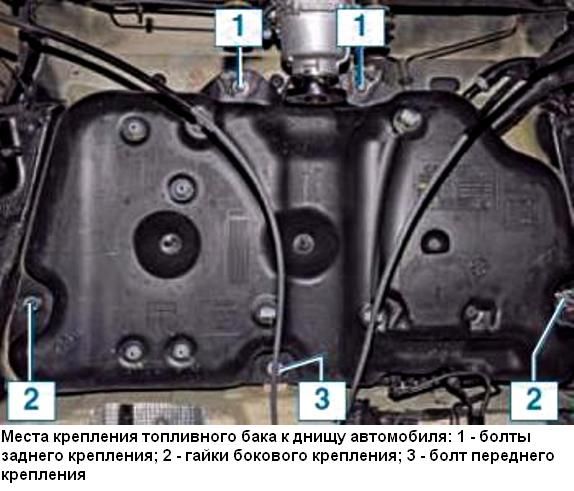 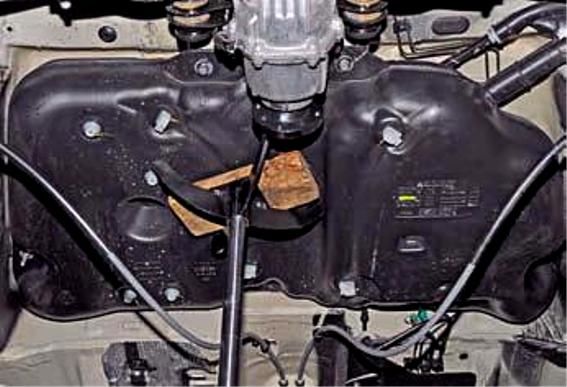 We install an adjustable stop under the fuel tank, placing a wooden block so as not to damage the tank 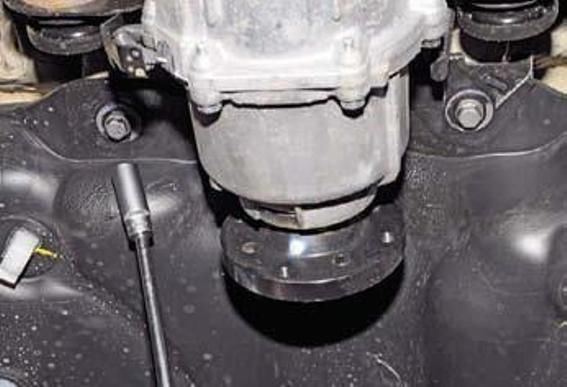 With a high head at 13, we unscrew the two nuts of the side fastening of the fuel tank 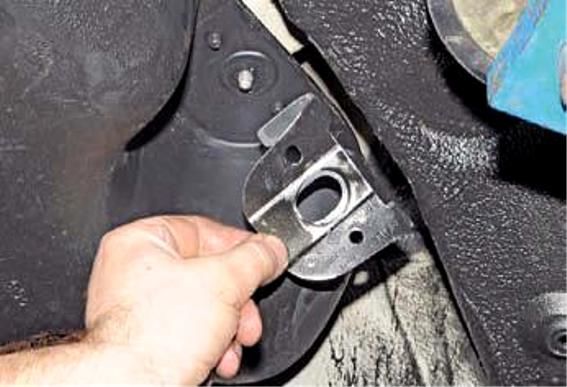 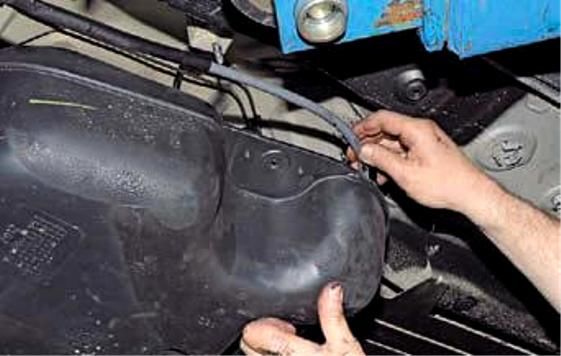 Remove the metal gasket from the tank flange.

We also remove another metal gasket.

Slightly lowering the tank on the stop, we transfer the parking brake cables through it 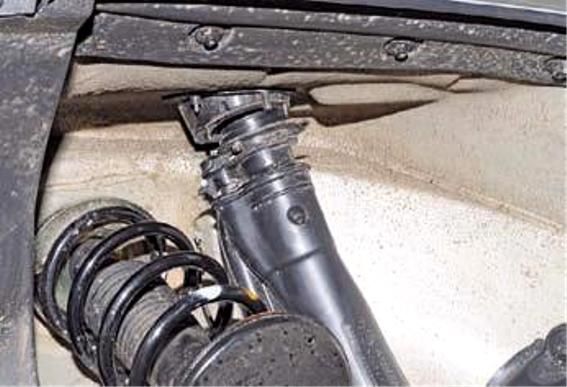 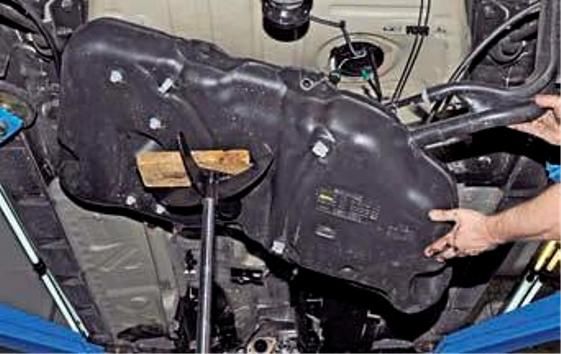 When lowering the tank, we control the separation of the filler neck and its plastic adapter in connection with the body

We lower the fuel tank on an adjustable stop, holding the filler pipe 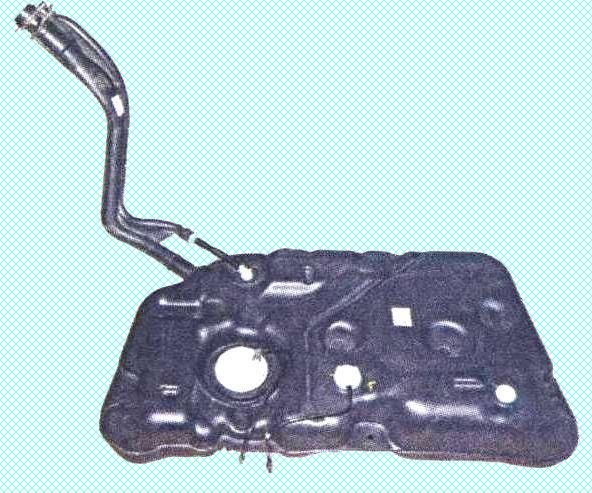 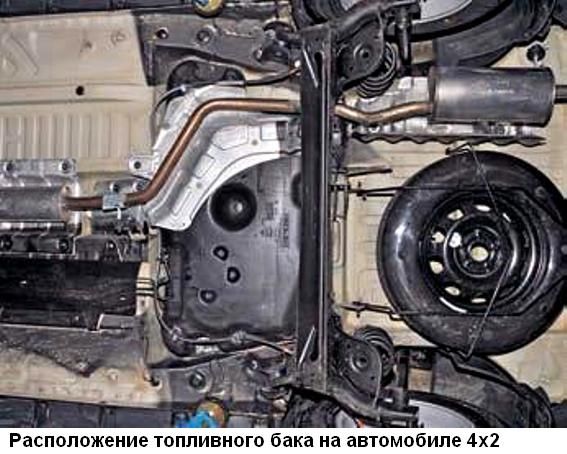 Remove the tank assembly with the fuel module.

If necessary, remove the fuel module from the tank.

Fill fuel into the tank, turn on the ignition and check the tightness of the fuel line connections.

On a 4x2 car, the operations for dismantling the fuel tank are almost the same (only there is no operation to remove the driveline) as on a 4x4 car

Location of the fuel tank on a 4x2 vehicle