If traces of oil leakage through the crankshaft oil seals are found, then first you need to check whether the crankcase ventilation system is clogged and whether the hoses of this system are pinched

If the oil continues to flow, the oil seals must be replaced.

The need to replace the front crankshaft oil seal is an oil leak through its edge.

Oil is sprayed by the rotating crankshaft pulley, resulting in oily parts of the front of the engine and the timing belt.

Engine oil and gear oil have different odors, so you can tell which oil seal is dripping.

After removing the belt, do not turn the crankshaft and camshaft. 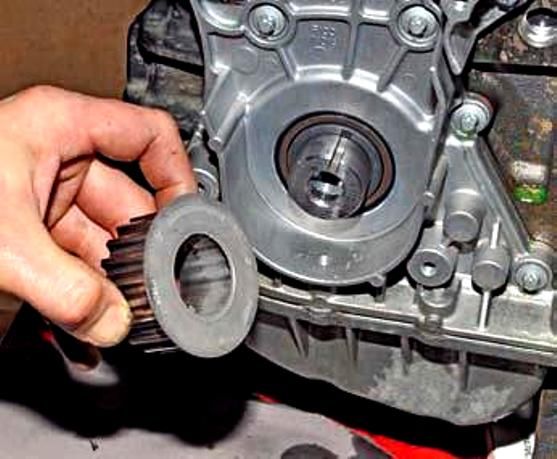 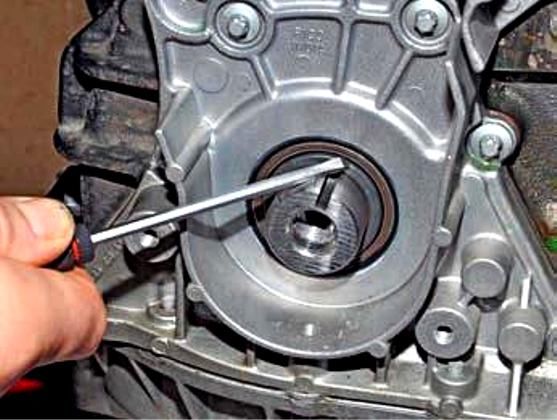 Remove the toothed pulley from the toe of the crankshaft

Apply a thin layer of engine oil to the working edge of the new oil seal, press the oil seal into the socket using a tool head of a suitable size. 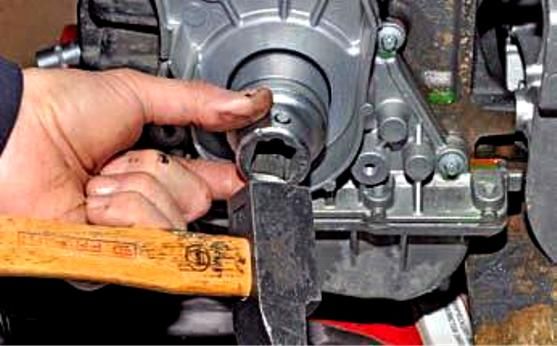 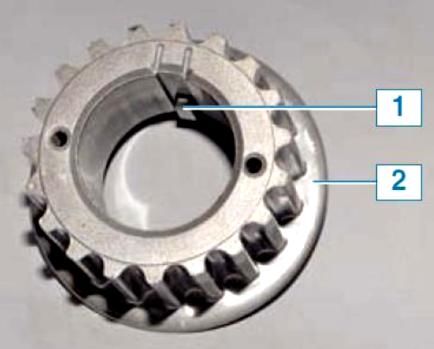 It is necessary to press the oil seal to the same depth to which the old oil seal was pressed (the oil seal should be slightly recessed into the cover).

We carry out the assembly of the timing drive in the reverse order.

When installing a toothed pulley, its protrusion 1 (acting as a key) must enter the groove on the toe of the crankshaft, and the pulley flange 2 must face the cylinder block cover.

We remove the gearbox.

The engine flywheel is only attached to the crankshaft flange in one position.

We mark with a marker the position of the flywheel relative to the shaft.

We fix the flywheel from turning by inserting the blade of a large flat-blade screwdriver between the teeth of the flywheel rim and rest on the cylinder block pin "A". 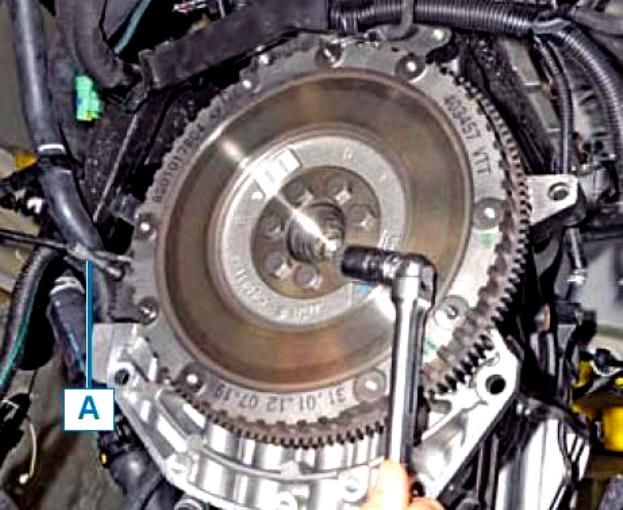 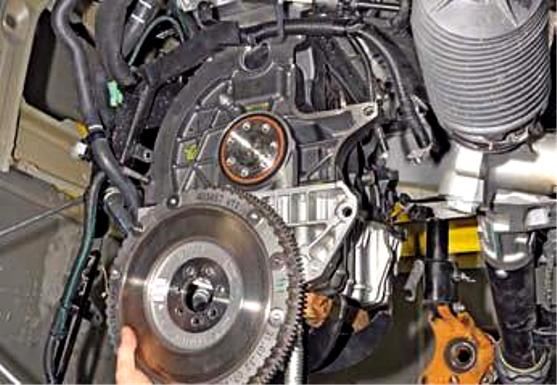 With a 17 head, unscrew the seven flywheel mounting bolts 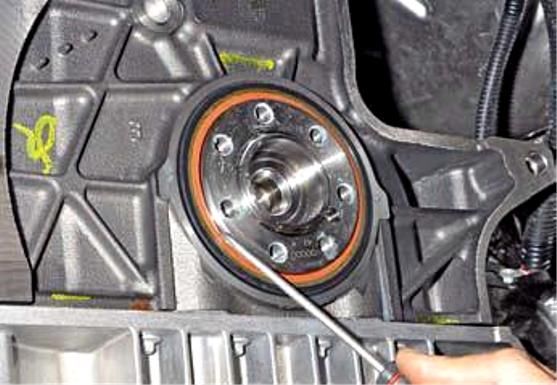 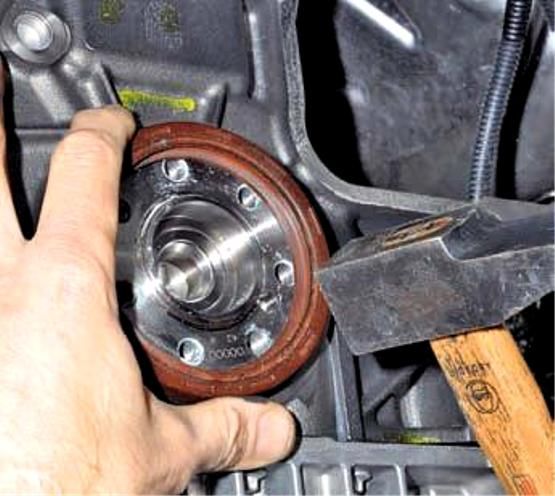 When installing the oil seal, fill the working edge of the oil seal onto the crankshaft flange with a thin flat screwdriver.

We install the flywheel according to the marked marks.

Before installing the flywheel mounting bolts, apply sealant to their threaded part.

We tighten and evenly tighten the flywheel mounting bolts to a torque of 55 Nm.

We carry out further assembly in the reverse order.