When the oil caps wear out, there is an increased oil consumption and oiled spark plug electrodes

Oil-removing caps can be replaced without removing the cylinder head 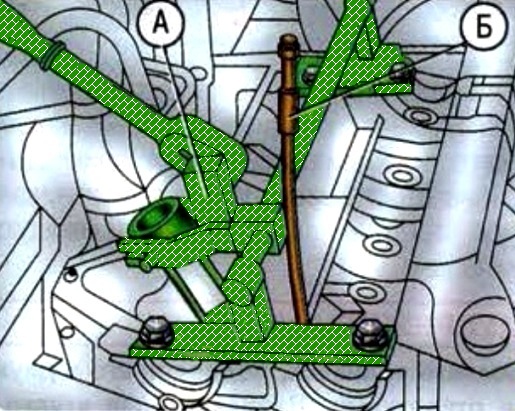 At the same time, the piston on the side of the caps being replaced must be in the TDC position, since it is impossible to fix the valves through the spark plug hole on the engines of this car

If there is no compressor, you will have to remove the cylinder head 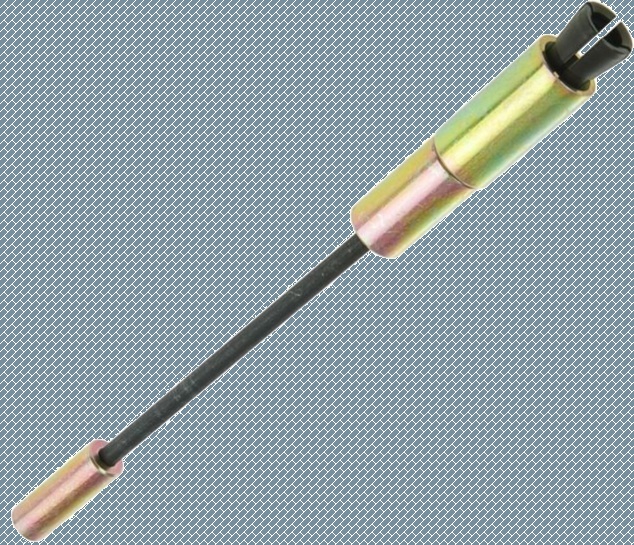 We prepare the car and install it on the lift 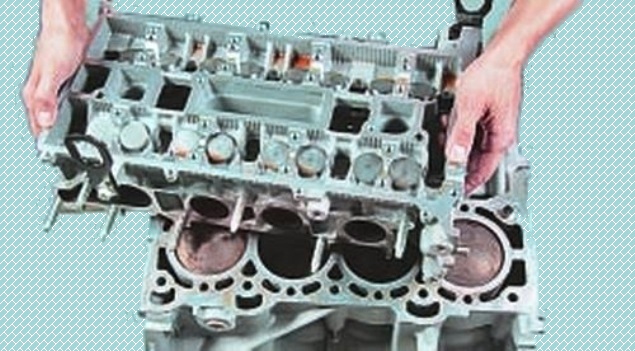 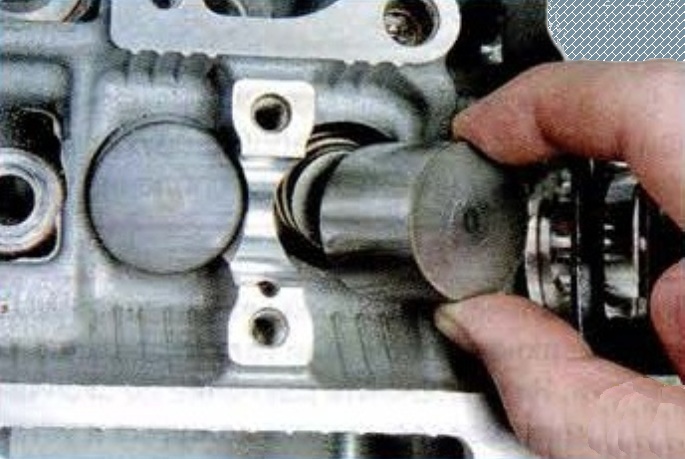 We remove the pushrods of the cylinder valves, from which we replace the oil-removing caps 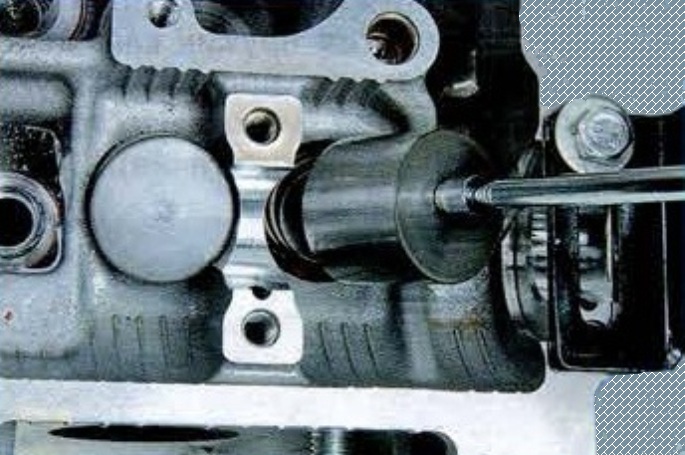 It is convenient to use the magnet when removing pushers 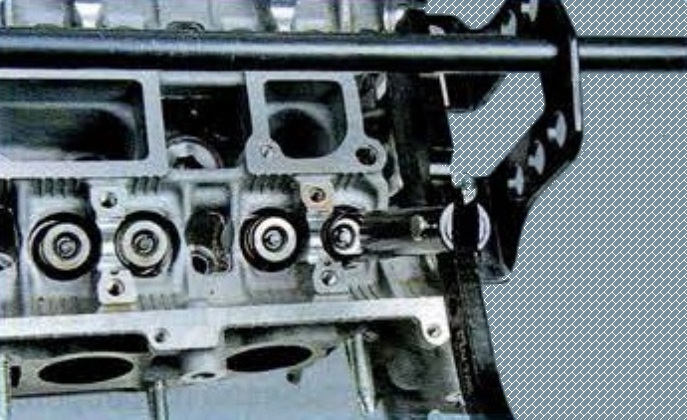 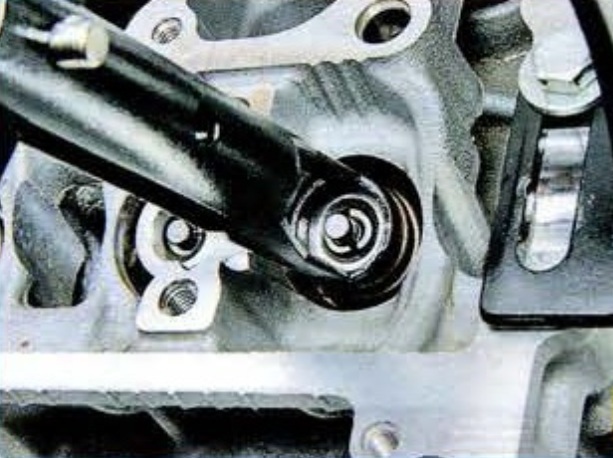 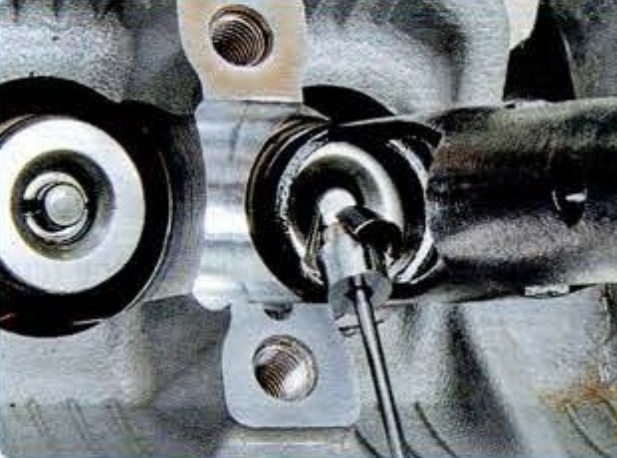 Using tweezers or a magnetized screwdriver, we remove two crackers from the spring plate

Then we remove the device

If we do the work without removing the cylinder head, do not turn off the compressor until the oil cap is replaced and the springs are installed, otherwise the valve will fall into the cylinder 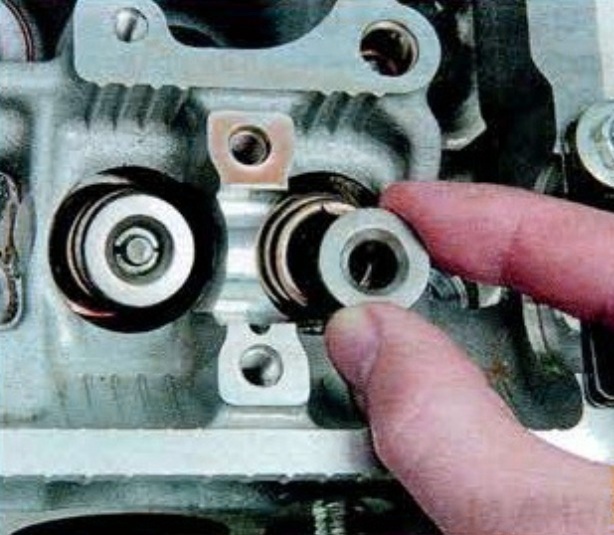 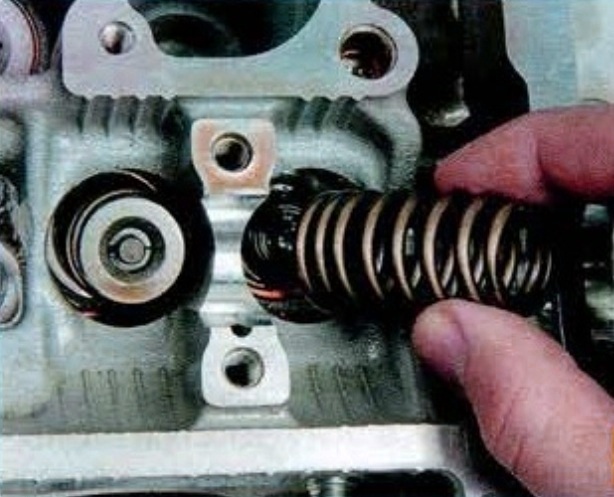 The removed parts must be installed in their original places

We press the oil-removing cap from the valve guide sleeve 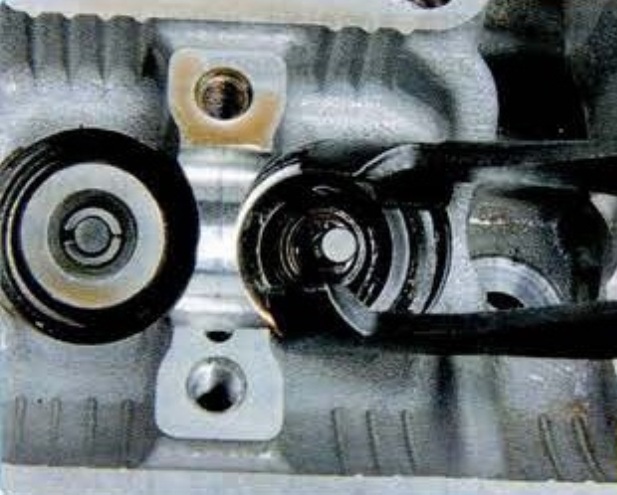 If there is no inertial puller, we remove the cap with a pincer-type puller or pliers, applying force strictly upwards and without turning the cap so as not to damage the valve guide sleeve

Before installing new oil-removing caps, we recommend removing the springs from them, otherwise the caps can be damaged when they pass through the grooves under the crackers on the valves

If a plastic mounting sleeve is included in the set of new caps, the springs can not be removed. In this case, put the sleeve on the valve stem.

The original oil-removing caps of the intake valves are painted green, the exhaust valves are brown.

Lubricate the inner surface of the oil cap with engine oil and push the cap along the valve stem to the guide sleeve.

As a mandrel, you can use a long head from a set of tools. You need to choose a head with 12 faces and a chamfer inside the hole so that the head contacts the cap along a solid circle.

Remove the guide sleeve from the valve stem or put a spring on the cap if it was removed.

Install the valve spring and plate in the reverse order of removal. Install the crackers using the device so that they enter the grooves of the valve stem

After installing the crackers, hit the end of the valve with a hammer through the metal rod so that the crackers sit in place.

If the crackers installed with a misalignment remain unfixed, when the engine is started, the "decomposed" valve will fall into the cylinder, which will lead to serious engine failure.

Similarly, replace the oil-removing caps of the remaining valves.

Install the removed parts in the reverse order of removal

After installing the camshafts and the timing chain, check and, if necessary, adjust the gaps in the valve actuator