Maintenance of the fuel system GAZelle Next

It is necessary to pump the engine power system after replacing the fuel filters and during other work related to the removal of parts of the power system, as well as when air enters the system

To complete the task, you will need a key for 12 and a rag.

Place a piece of cloth (rags) around the fine filter. 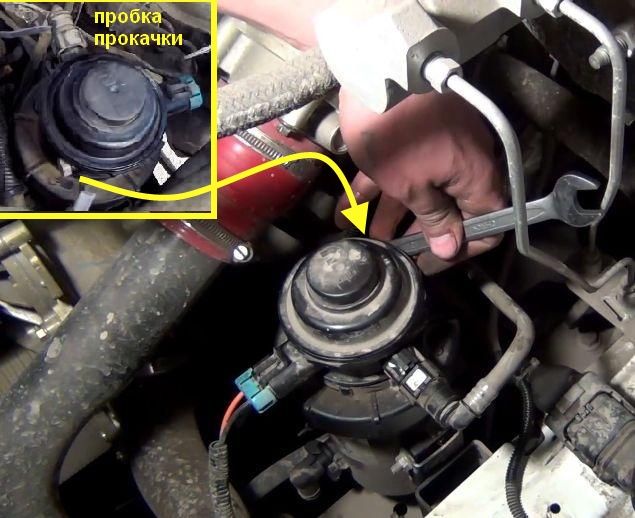 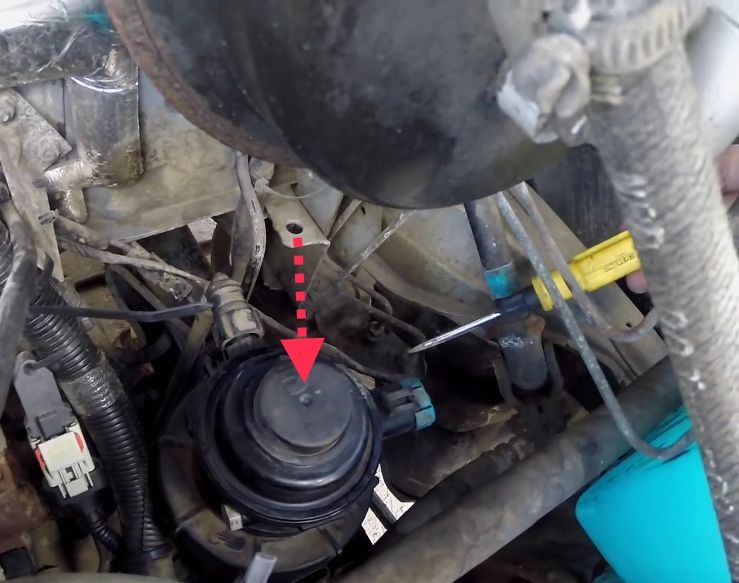 We press the button of the manual booster pump several times until the fuel starts to come out of the hole.

Removing water from the fuel filter

A warning lamp for the presence of water in the fuel is installed in the instrument cluster.

If after starting the engine this lamp does not go out, then there is water in the fuel.

In this case, stop the engine and drain the water from the fuel filter.

We install a container under the drain valve to drain the fuel. 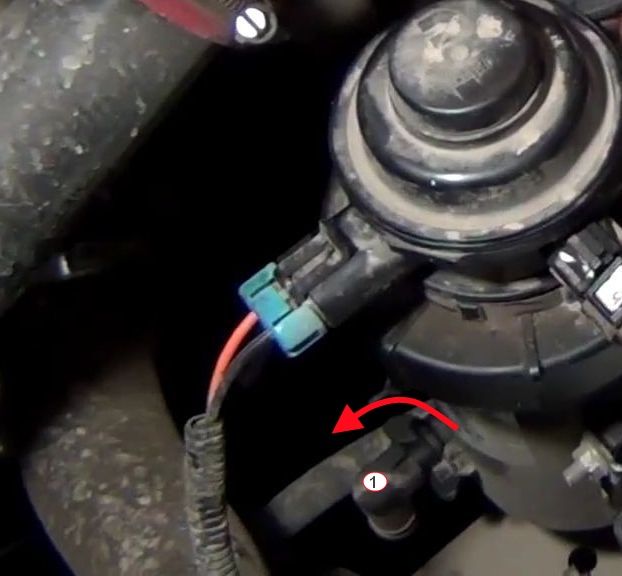 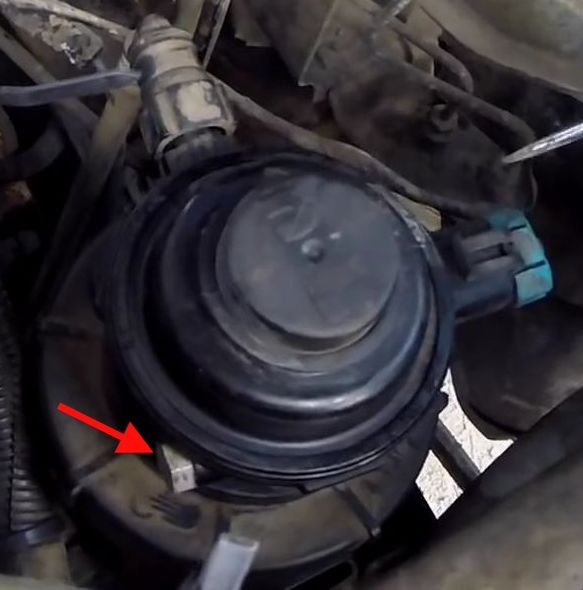 To facilitate draining, unscrew the plug on the filter housing cover

We drain the fuel from the filter along with the sludge.

After that, press the boost pump button several times until the fuel is completely drained from the filter.

We close the tap by turning it clockwise.

After that, we pump over the power system, as described above.

We screw the bleed plug into place.

Checking for air in the fuel system

A few air bubbles found in the fuel line during the test are considered normal.

The appearance of many small bubbles (foam) indicates air leaks into the system, high inlet resistance, which causes cavitation, or that the system is not filled with fuel properly. If

resistance at the fuel inlet does not exceed the norm, the source of air ingress should be identified among the following nodes: 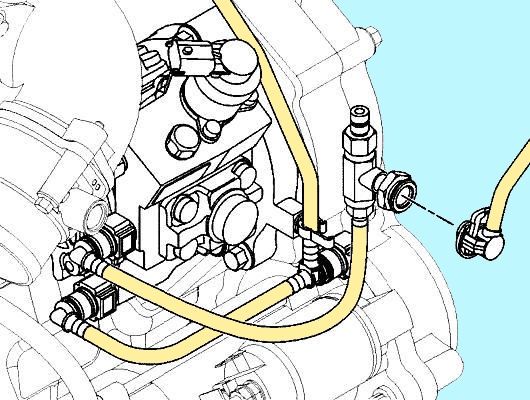 Disconnect the fuel supply line of the booster pump.

Install an adapter under the pressure gauge (catalog no. 4918462) or its equivalent between the fuel supply line of the complete equipment and the fuel pump at the pump inlet. 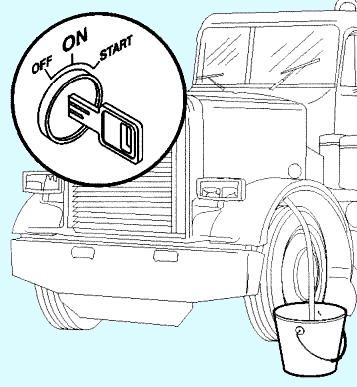 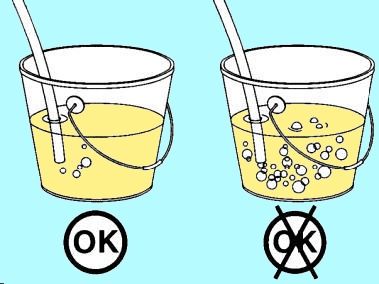 We start the engine and, several times passing from low revs to high revs, remove the air that got into the system when connecting the test hose.

Let the engine idle, watching the flow of fuel flowing out of the transparent hose.

If air continues to bubble in the hose for several minutes, air is entering the fuel system.

Checking the resistance of the return fuel line

It can be found by going along the fuel return lines from the place where fuel is supplied to them (the pressure reducing valve of the common high pressure fuel line, the drain fittings of the injectors or the drain channel of the high pressure pump) to the point where they are connected to another unit.

This unit will be the drain manifold. 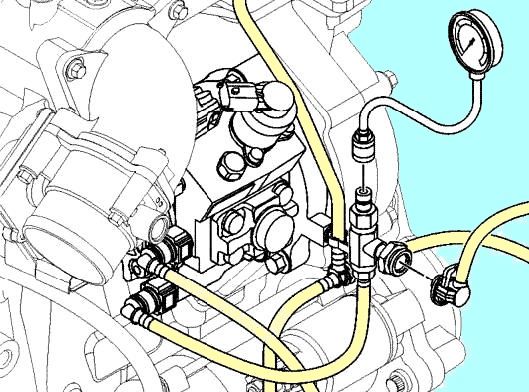 Disconnect the fuel return line installed between the fuel pump and the manifold.

Install the adapter, catalog number 4918462, or its equivalent, between the drain manifold and the fuel drain line.

Install the pressure gauge on the adapter fitting.

We turn on the starter, or turn the engine to low idle speed and measure the pressure. 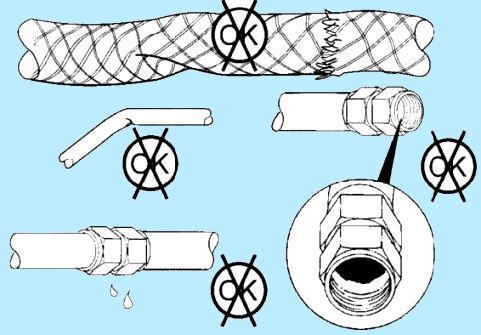 We observe the readings of the manometer. Maximum drain line resistance 50 kPa (7.3 psi).

In case of high resistance of the fuel drain line, check the following components: