Removal and installation of the starter of the car GAZelle Next

On a car with a Cummins ISF2.8 power plant, a 5295576 Dixie Auto Electric starter is installed

The starter is an electromagnetically excited DC motor.

The starter has four poles. 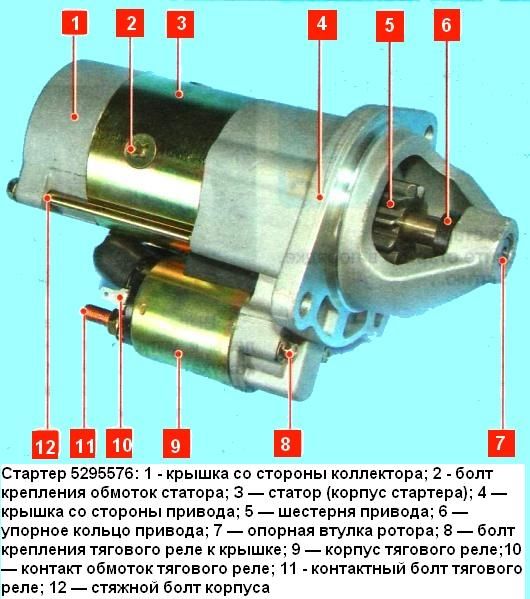 On top of the starter, there is a traction relay with two windings - a retractor and a holding one.

When the key is turned in the ignition switch to position "II", the power supply circuit of the traction relay windings is closed.

The relay armature is retracted and, through the lever, engages the starter gear with the engine flywheel ring gear.

At the end of the stroke, the armature turns on the starter power circuit and at the same time turns off the retractor winding of the relay (power is supplied only to the holding winding).

When the key is returned to the "I" position in the ignition switch, the power supply circuits of the starter and the holding winding are cut off, and under the action of the spring, the armature disengages the starter gear from the flywheel ring gear.

Disconnect the negative terminal of the battery necessarily! 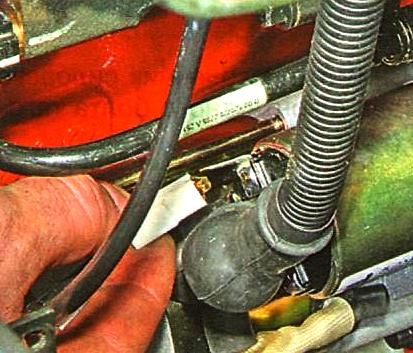 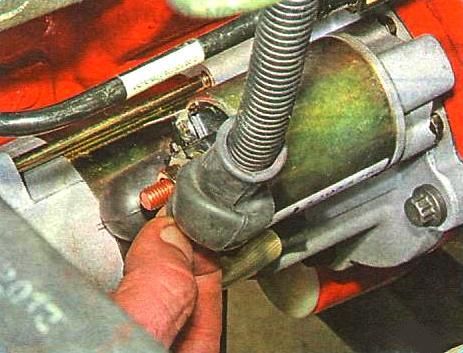 Disconnect the control drive block from the traction relay 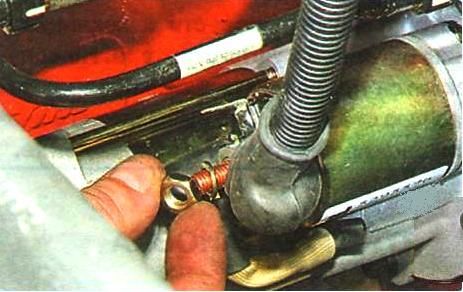 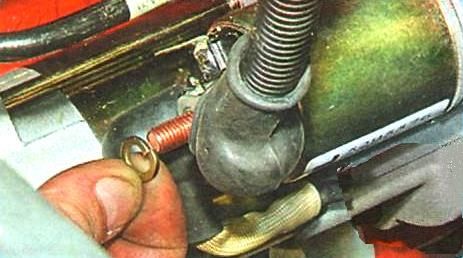 Remove the washer under it 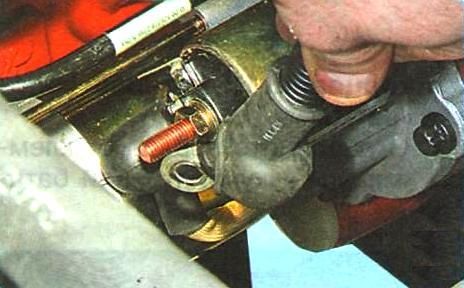 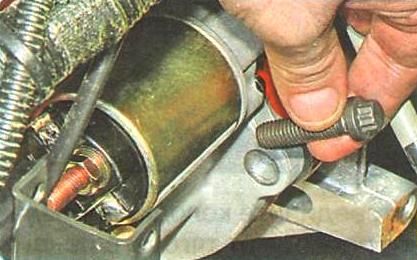 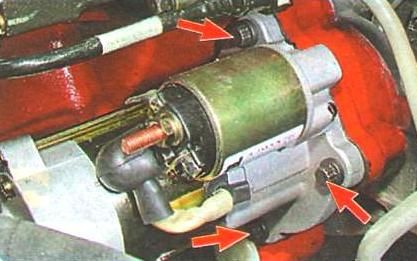 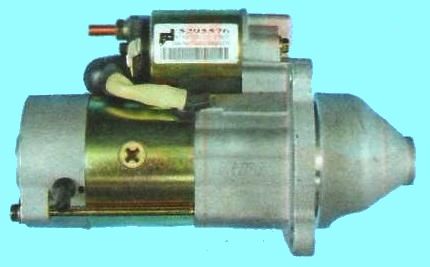 This is how the starter mounting bolts are located

Starter does not turn on:

- Oxidation of the battery terminals

Strip and tighten the terminals and wires leading to the battery

The traction relay switches on, but the starter rotor does not rotate or rotates too slowly:

- The battery is discharged

Strip and secure the terminals and wires

The traction relay switches on and off immediately (frequent knocking):

- The battery is heavily discharged

Strip and fasten the cable lugs, replace the faulty wires

Starter engages but crankshaft does not engage:

- nicks on the teeth of the drive gear or flywheel rim

Starter engages but gear does not engage:

- nicks on the teeth of the drive gear or flywheel rim

The starter does not turn on after starting the engine:

- Jammed key in the ignition switch in position "|"

Repair or replace the mechanical part of the ignition switch

- Closing the contacts of the ignition switch (lock)