How to replace the clutch elements of a Nissan Almera car

If you need to replace the clutch parts, the gearbox can not be completely removed from the car, but slightly moved away from the engine to the desired distance. 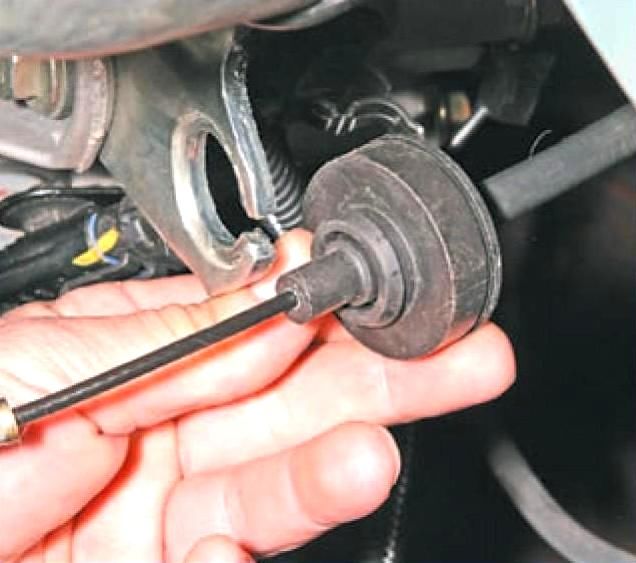 Disconnect the wiring block from the reverse light switch

Remove the breather hose from the gearbox crankcase fitting.

We substitute adjustable stops for the engine and gearbox.

Disconnect the mass wires from the gearbox, unscrew the bolts and nuts of the gearbox attachment to the engine cylinder block (article - Removing the Nissan Almera gearbox) 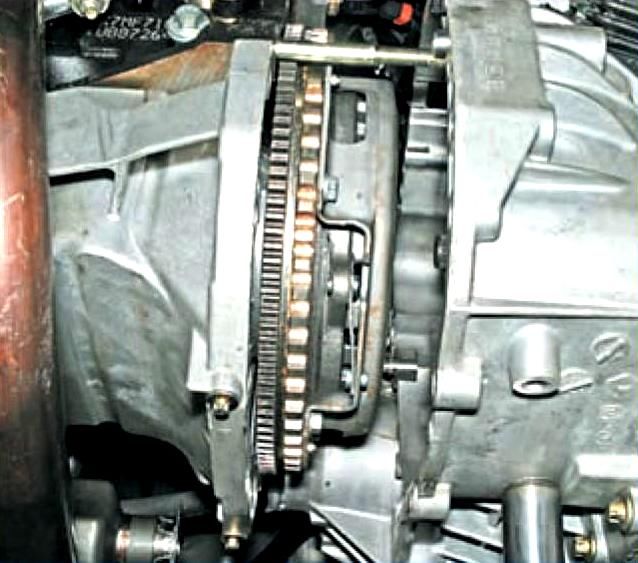 Holding the housing of the inner hinge of the right wheel drive, we remove the gearbox from the engine, removing the primary shaft from the hub of the driven clutch disc.

In this case, the spline shaft of the semi-axial gear of the differential will come out of the tip of the housing of the inner hinge of the right wheel drive.

We take the gearbox away from the engine at a distance at which it will be possible to remove the clutch parts, and rest the left side of the box on the stretcher.

To replace the release bearing, we shift it along the guide sleeve to the end of the primary shaft of the gearbox, removing the clutch release fork legs from engagement with the bearing clutch

We remove the bearing (shown on the removed gearbox)

Before installing the bearing, we apply Litol to the surface of the guide sleeve, the foot of the clutch release fork, as well as to the ball bearing of the fork.

The torn rubber cover of the clutch release fork is replaced with a new one.

We install the clutch release bearing in the reverse sequence

When installing the bearing, the feet 2 forks must enter the plastic hooks 1 of the bearing coupling 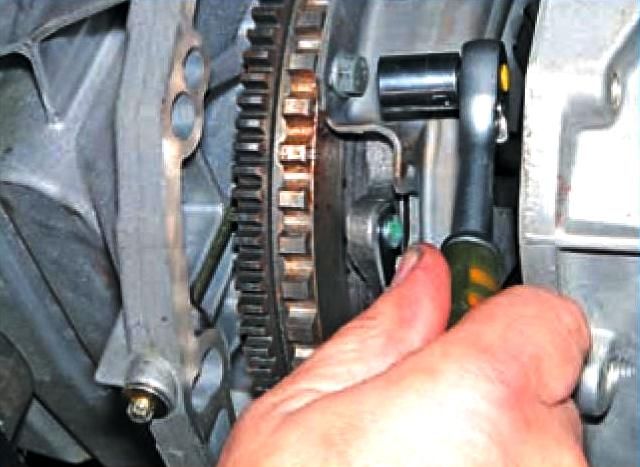 To remove the clutch discs, we install the mounting blade between the teeth of the flywheel crown and, leaning on the pin of the gearbox attachment, unscrew the six bolts of the basket attachment to the flywheel with the 11 head.

Unscrew the bolts evenly, each no more than one turn per pass, so as not to deform the clutch basket.

If the bolts are difficult to unscrew, then you need to tap the bolt heads with a hammer with a soft striker. 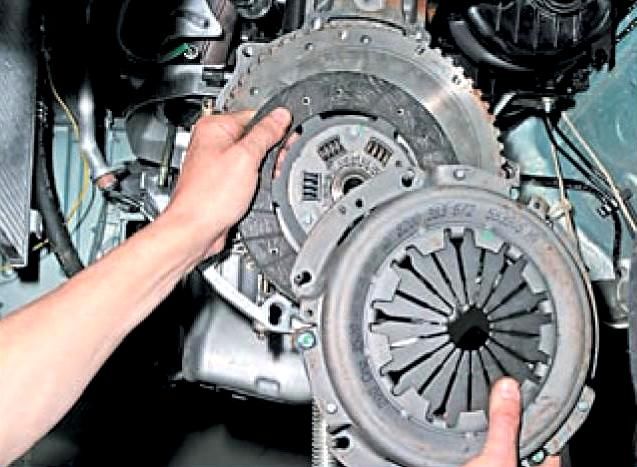 Install the slave and master disk in reverse order.

When installing the slave disk, we orient its protruding part to the clutch basket. 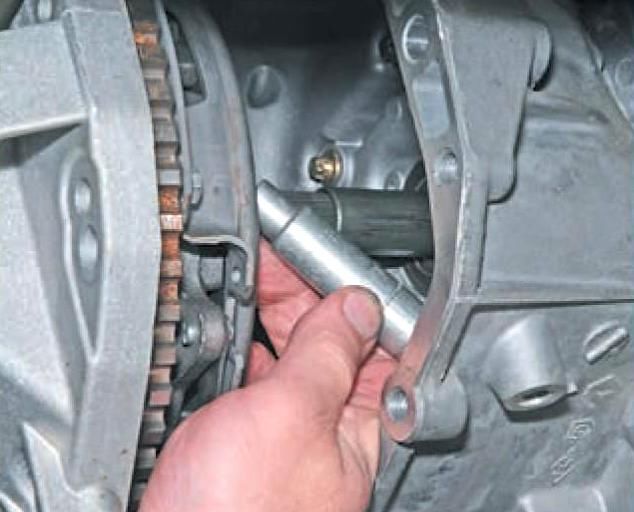 We insert the centering mandrel into the slots of the driven disc and insert the mandrel shank into the hole of the crankshaft flange.

The mandrel is suitable for coupling VAZ cars.

We bait and evenly tighten the opposite bolts of fastening the clutch casing to the flywheel one turn per pass.

Finally tighten the bolts with a torque of 20 Nm.

We take out the centering mandrel of the driven disk.

We install the gearbox and all the removed parts in reverse order and adjust the clutch drive.