The camshafts on the F4R and K4M engines are located at the top of the cylinder head. One shaft opens the intake valves and the other opens the exhaust valves.

Eight cams are made on each shaft.

A feature of the camshaft design is that the cams are pressed onto the tubular shaft.

The camshaft beds (six bearings for each shaft) are demountable - located in the cylinder head and in the head cover.

The camshafts are driven by a toothed belt from the crankshaft pulley.

On each camshaft, on the side of the toothed pulley, a thrust flange is made, which enters the groove of the cylinder head, thereby preventing axial movement of the shaft. 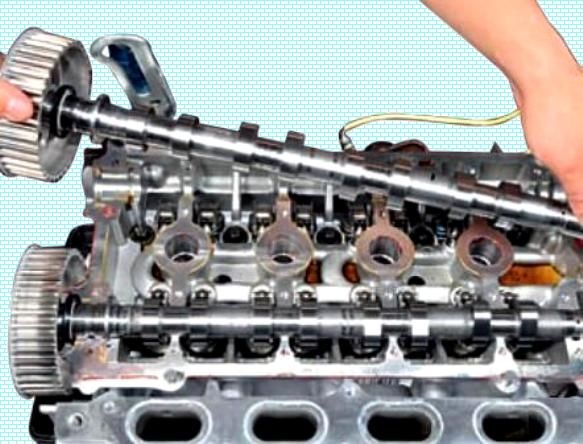 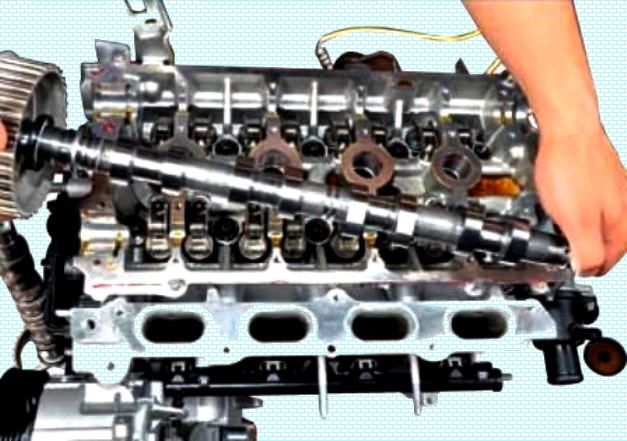 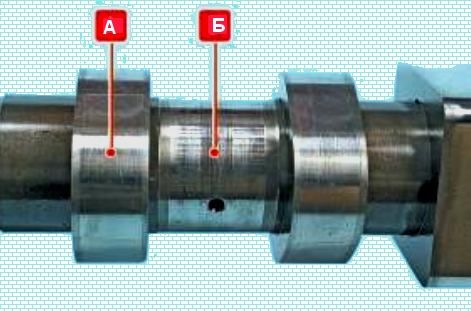 We inspect the camshafts for wear and defects

The surfaces of the bearing journals "B" and cams "A" must be well polished and not damaged.

On the working surfaces of the journals, scuffs, nicks, scratches, aluminum envelopment from the bearing seats in the block head are not allowed.

If traces of galling, overheating, deep notches or wear in the form of a cut are found on the working surfaces of the cams, as well as uniform wear over 0.5 mm, the shaft must be replaced. 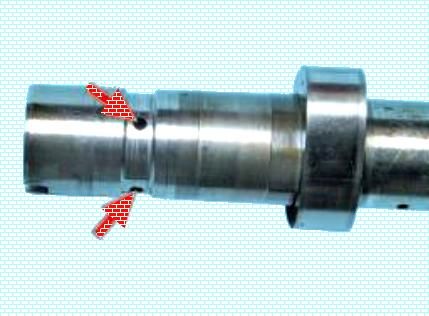 Do not grind the camshaft cams to eliminate stepped wear, since the valve timing will be violated when the cam profile is resized.

If the runout is more than 0.02 mm, the shaft must be replaced, since it is not allowed to edit it.

Install the shafts in reverse order.

When installing new shafts, it is recommended to install new valve levers.