The engine is equipped with an electronic fuel supply system. 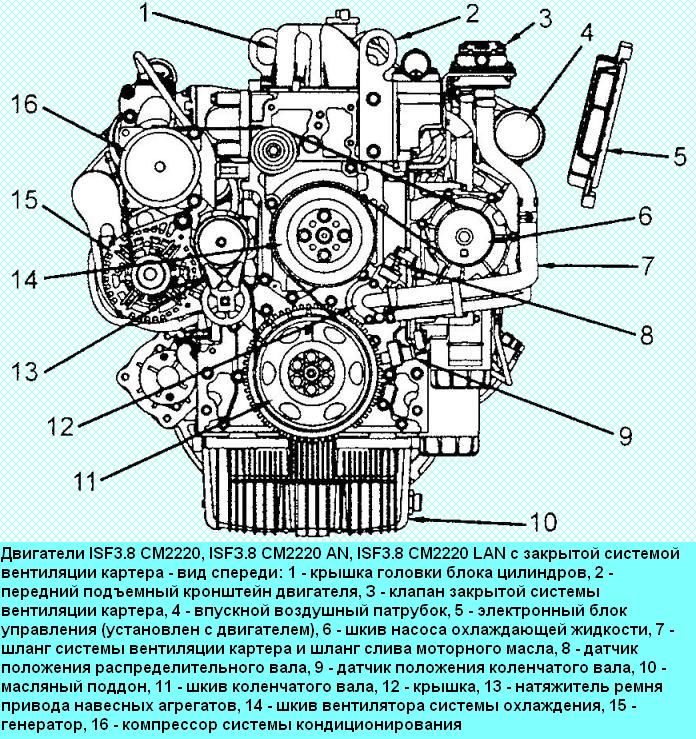 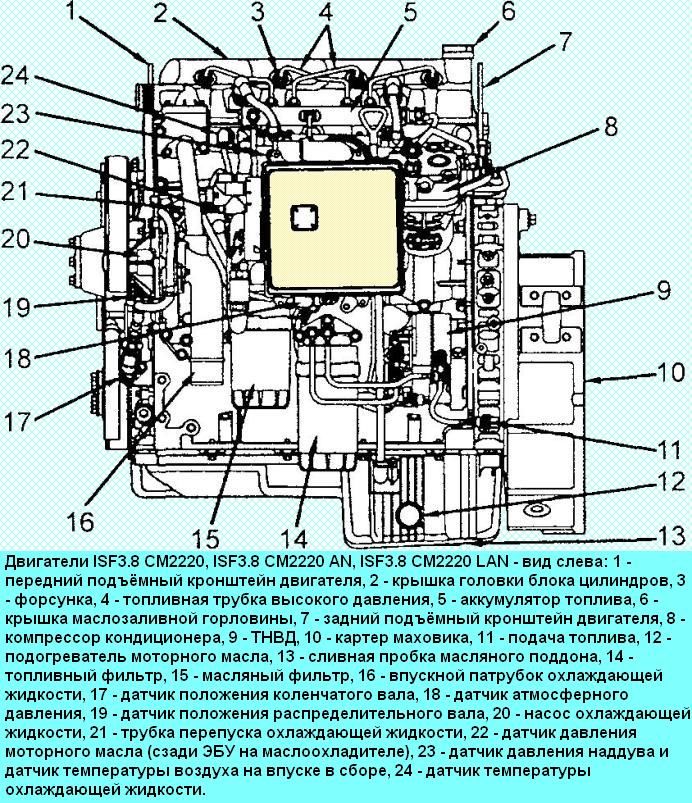 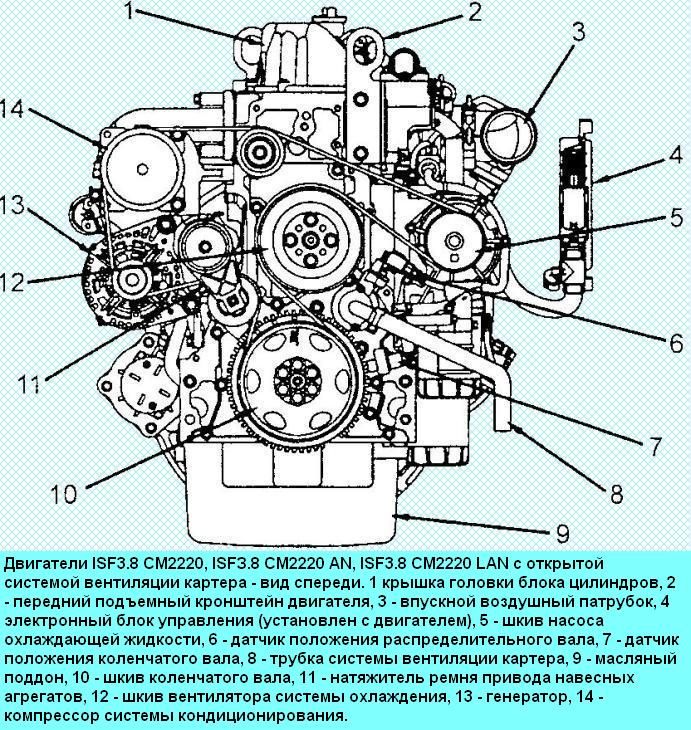 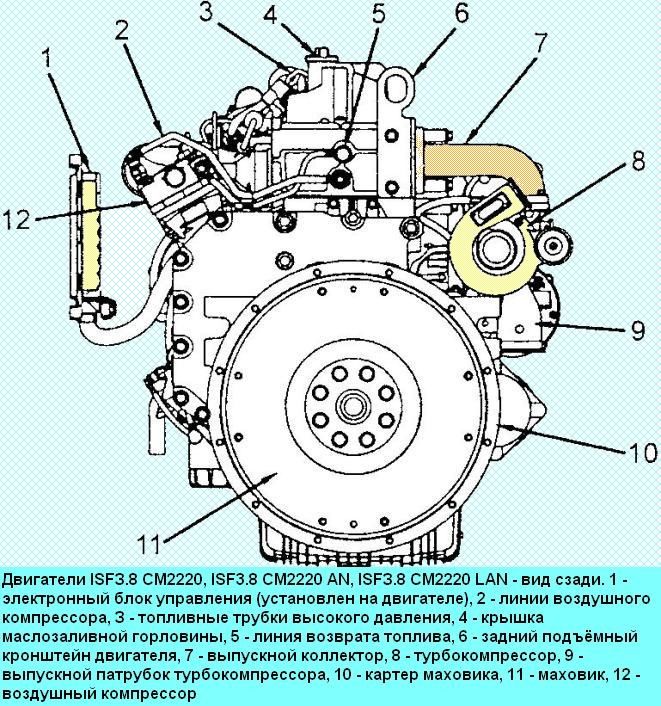 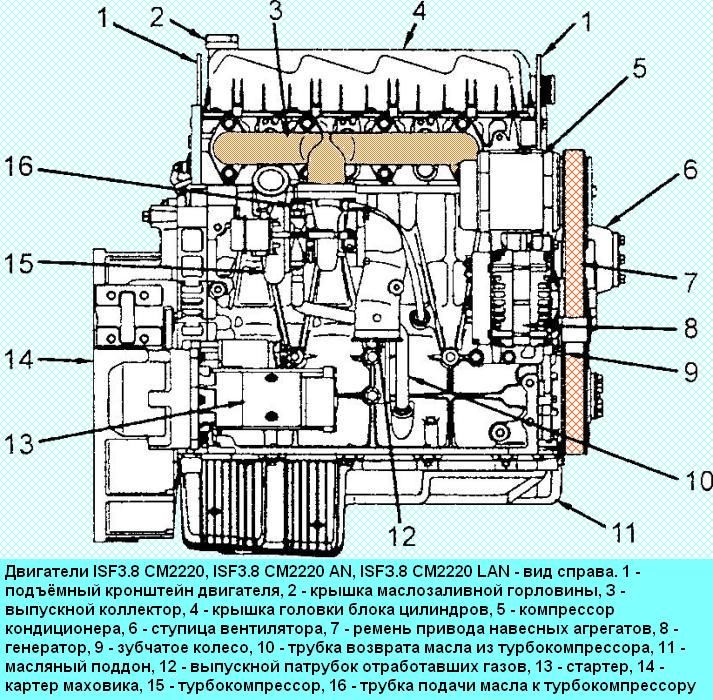 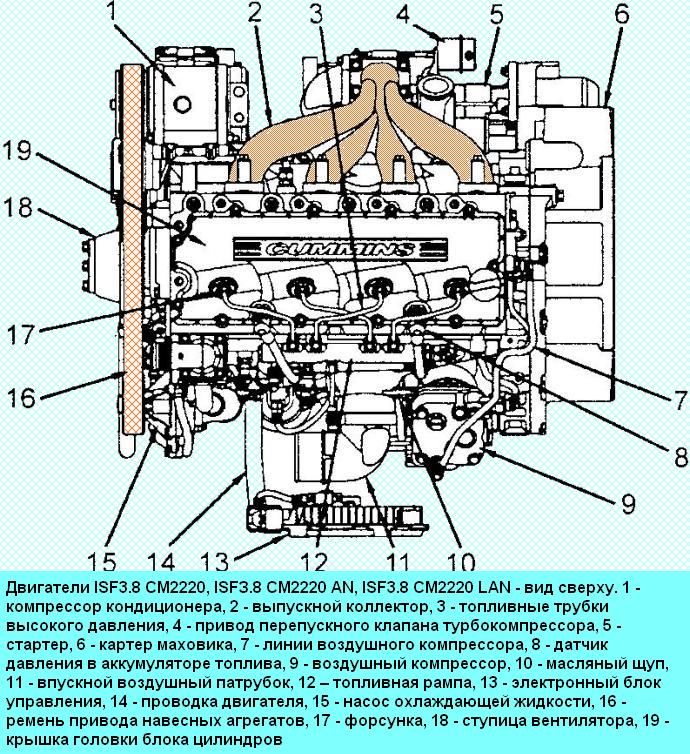 Note: The given power and torque values are indicative and may vary significantly depending on the specific model, gearbox, year of manufacture, computer software version and method of measurement.

The cylinder block is made of gray cast iron.

The cylinders are bored in the block itself.

Coolant channels are bored between the cylinders. 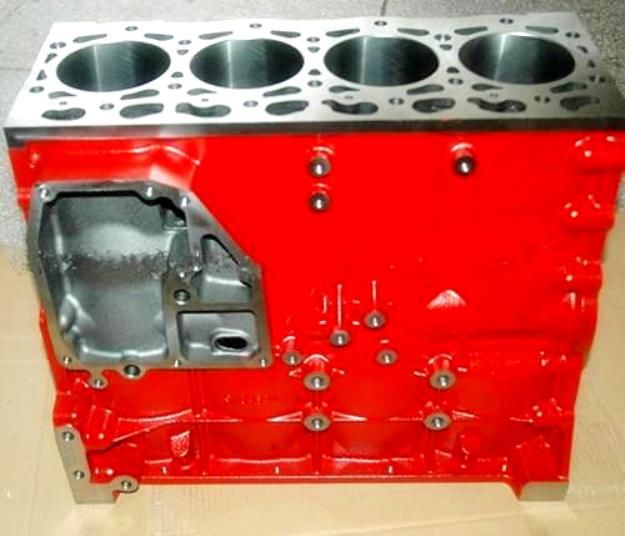 The cylinder block has lugs and holes for attaching parts and assemblies.

Five main bearing supports are made at the bottom of the cylinder block.

The main bearing caps are attached to the block with two bolts each.

The covers are processed together with the block, they cannot be interchanged.

The cover of the fourth bearing is machined for the installation of liners with shoulders to limit the axial movement of the crankshaft.

Serial numbers are embossed on each cover.

An oil pump is attached to the front end of the block. 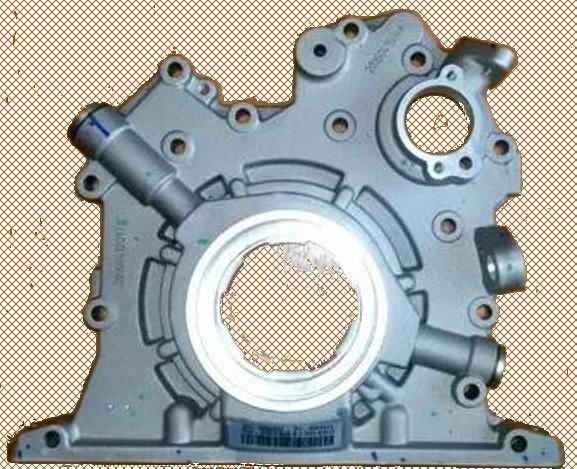 The oil pump housing is made of aluminum alloy.

The front crankshaft oil seal is pressed into the oil pump housing.

A metal-reinforced, non-shrink gasket is installed between the cylinder block and the head.

Inlet and outlet valves made of heat-resistant steel are installed in the head.

The valves are equipped with one spring each and are fixed through the plate with two crackers.

The springs are made of transformer steel.

The camshaft is made of cast iron and has five bearing journals, and two cams per cylinder.

The camshaft is installed in the cylinder block. 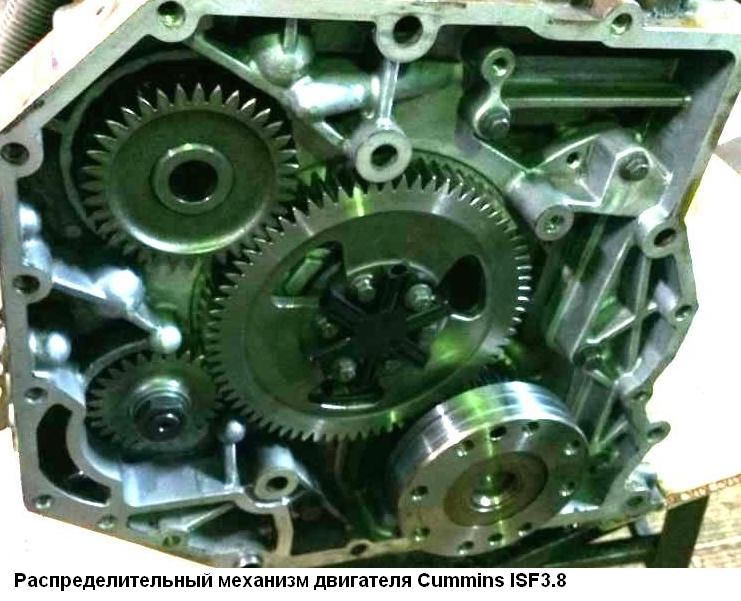 The camshaft is driven through a gear that meshes with the crankshaft gear (Fig. 7).

The rocker arms are bolted to the block head.

The clearances in the valve drive are adjusted using bolts with locknuts screwed into the rocker.

There are no combustion chambers in the lower part of the head, as they are made in the piston bottoms. From above, the cylinder head is closed with a plastic cover.

The valve seats are installed with an interference fit in the cylinder head.

Bottom liners are bi-metal and top liners are tri-metal. Oil drain holes are only in the upper liners.

A hexagon is made on the front toe of the crankshaft to drive the oil pump.

A gear is made on the rear toe of the crankshaft to drive the fuel pump and camshaft.

The axial displacement of the crankshaft is fixed by the shoulders of the upper shell of the fourth main bearing.

The groove on the rear neck of the camshaft is made to install a thrust plate into it in order to fix the shaft from axial movement.

At the rear end of the camshaft, a shank with an internal thread is made to install the sprocket of its drive.

The camshaft is rotated by a gear that meshes with the crankshaft gear.

Pistons are made of aluminum alloy. A combustion chamber is made in the bottoms of the pistons.

In order to correctly install the piston in the cylinder, an arrow is marked on the upper surface.

The piston is installed so that the arrow is facing the front of the engine.

There are three rings on the pistons. Two compression rings and one oil scraper ring.

The second compression ring has a groove. The ring must be installed with this groove down.

The oil scraper ring consists of a cast ring and an expander.

The piston is attached to the connecting rod with a floating type piston pin. The pin is kept from axial movement by retaining rings in the piston bosses.

To cool the pistons, nozzles are installed on the bottom of the cylinder block, which are connected to the oil line. Oil from the nozzles is sprayed onto the piston skirts.

The connecting rod cap is attached with two bolts.

Therefore, you can not change places. Connecting rod bearings are inserted into the lower head of the connecting rod.

Flywheel cast iron, with steel gear. It is attached to the crankshaft with eight bolts.

In the central part, the thrust bearing of the input shaft of the gearbox is pressed in.

The engine lubrication system is combined: the most loaded parts are lubricated under pressure, while the rest are lubricated either by directed spraying or spraying of oil flowing from the gaps between mating parts.

The pressure in the lubrication system is generated by an oil pump installed in the front cover of the cylinder block and driven from the front end of the crankshaft.

The channels for supplying oil to the main bearings of the crankshaft depart from the main line.

In the beds of the main bearings, nozzles are installed through which oil is sprayed onto the cylinder walls and piston bottoms.

Oil is supplied to the connecting rod bearings through channels made in the body of the crankshaft.

A channel for supplying oil to the camshaft bearings departs from the main oil line.

Part of the oil is discharged through a hose to the turbocharger, after which it returns back to the crankcase.

Excess oil is drained from the head of the block into the oil sump through the drainage channels.